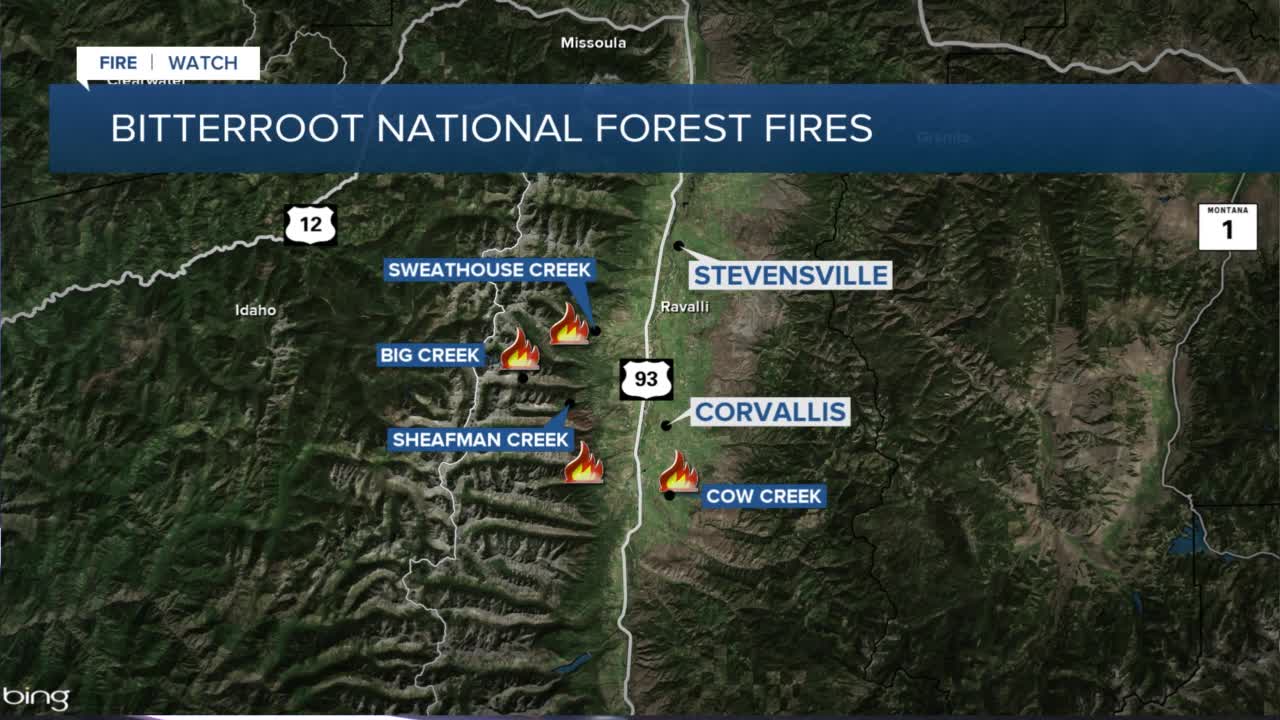 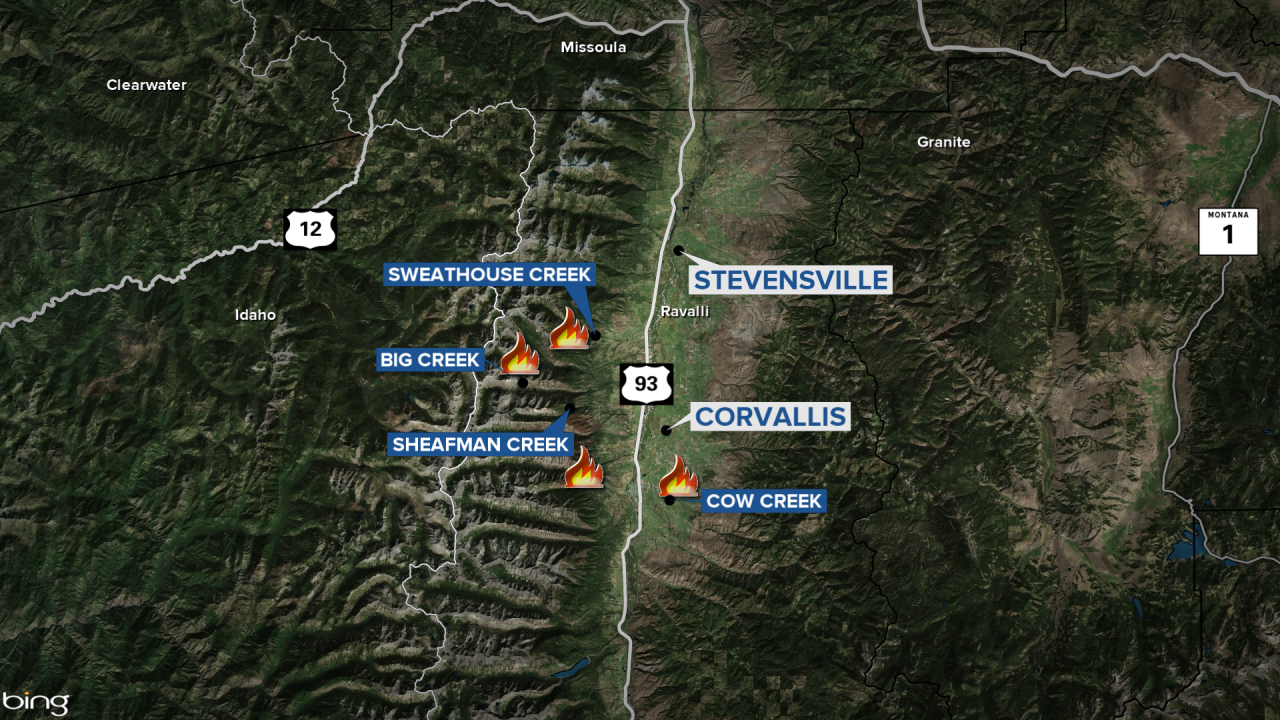 HAMILTON — Lightning is being blamed for sparking several wildfires on the Bitterroot National Forest.

Five lightning fires are being reported on Wednesday on the Stevensville Ranger District, according to a news release.

Forest officials note that all five fires are reported at ½ acre or less.

Between 250 and 300 cloud to ground lightning strikes were reported in the Missoula Valley and Bitterroot Valley the higher surrounding terrain on Wednesday morning.

Bitterroot National Forest firefighters have responded to and extinguished 22 lightning fires and 11 human-caused fires on the forest.