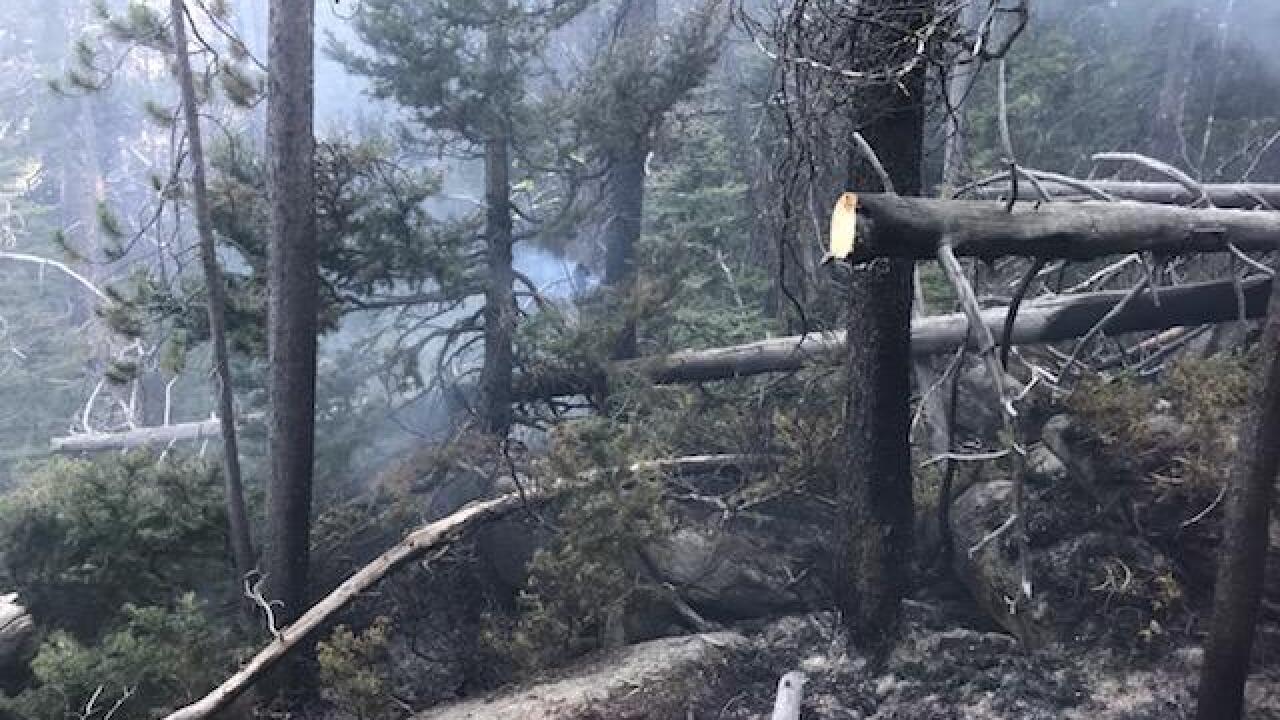 WHITEHALL — Fire officials from the Butte Ranger District of the Beaverhead-Deerlodge National Forest say that the wildfire near Whitehall is now burning at 3,140 acres and is 50-percent contained.

The fire was caused by lightning on Aug. 25 and went undetected until Aug. 29.

The blaze is in an area difficult for firefighters to access due to rough terrain, numerous snags, and a significant amount of dead and down trees, about two miles northeast of the Whitetail Reservoir, approximately 16 miles northeast of Whitehall.

Crews continue to hold and improve the existing fire perimeter. Helicopters may be used, when visibility allows, to prevent fire on the northside of FS Road 8572 from spreading east. Prep work is being implemented to stop any fire progression to the south.

A Red Flag Warning has been issued for Monday starting at 12:00 p.m. until 9:00 p.m. Predictions are that very dry conditions will develop over the fire area. Increased southwesterly winds are expected which should rid some of the smoke. Very dry conditions will remain through Monday night. Smoke is also expected to return Monday night and Tuesday. Fire activity may increase with these predictions.

Public and firefighter’s safety is always the primary concern . The Forest Service and Bureau of Land Management issued closure orders for the area around the fire including roads and trails. A Temporary Flight Restriction is in effect for the fire area..For more information about this fire and other fires across the country, click here.