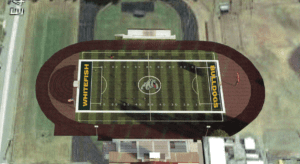 WHITEFISH – Whitefish Schools have been approved to start fundraising for a multi-million-dollar athletic facility aimed at simplifying the town’s school athletic program and build community.

We spoke with Whitefish Bulldog Booster President Joe Akey who says the motto behind this project is: “bring the kids home.”

Akey tells us the idea for the building came after the Whitefish boy’s soccer team won the state championship when he noticed there was limited seating for hundreds of fans and parents.

Akey tells us that he hopes this new facility will foster community and draw other towns’ sports to Whitefish.

“It will give us an opportunity to host things like class C class B, all kinds of things, where we can bring people to our community in shoulder seasons, which is always great for our community,” Akey says.

$4 million is needed for this new building and Akey tells us he’s hoping that construction can begin right away once funds are acquired.

The ambitious completion date for the building is set for 2020.