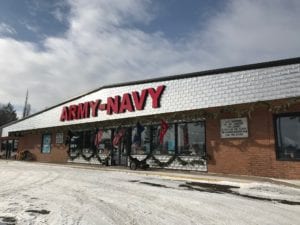 KALISPELL – On Tuesday, Feb. 5, Kalispell police were asked to make a welfare check on a homeless woman who was seen wandering the streets.

When they arrived it was clear the woman was not dressed to be in 5-degree weather and had frostbite on her fingertips. When asked, the woman said she had no money for warm boots, gloves or a coat.

That’s when Kalispell police reached out to Evergreen Army-Navy Surplus for help. Tim Miller has been the manager at Army-Navy for six years and this story struck close to his heart.

“I don’t like to hear that. I’ve gone out and I’ve frostbit my fingers years and years ago, it’s not good,” Miller said. “And I mean in their case they don’t have a place to go.”

With the help of an anonymous donor, Miller personally chipped in $20 to pay for the women’s warm coat, boots and gloves.​