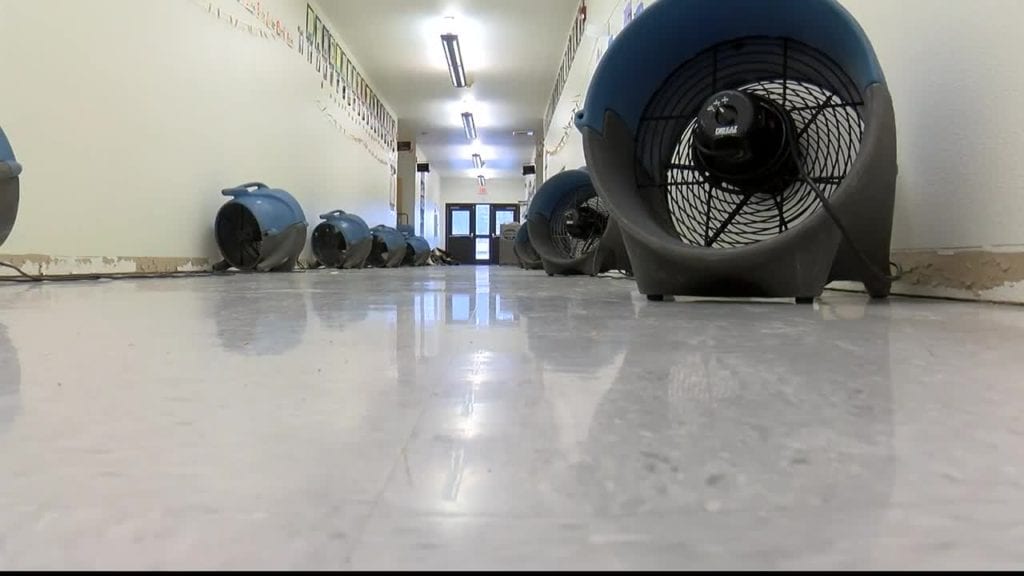 LAKESIDE – In January, a custodian worker arrived on a Sunday morning to find inches of water covering a classroom’s floor.

Workers later discovered a burst pipe caused the flooding. The school brought in over 70 fans in attempts to dry the carpet and drilled holes into the base boards to prevent mold damage.

As of Thursday, Principal John Theis tells MTN News that the damaged carpets are replaced. However, tiles in the hallway were damaged and the school will replace those starting March 25 during the student’s Spring Break.

The school has been diligently testing air quality to ensure the air quality is safe for students and staff.

Theis wished to like to thank Complete Restoration, Smith Carpet and Corwin Environmental Consultants who prioritized this emergency.