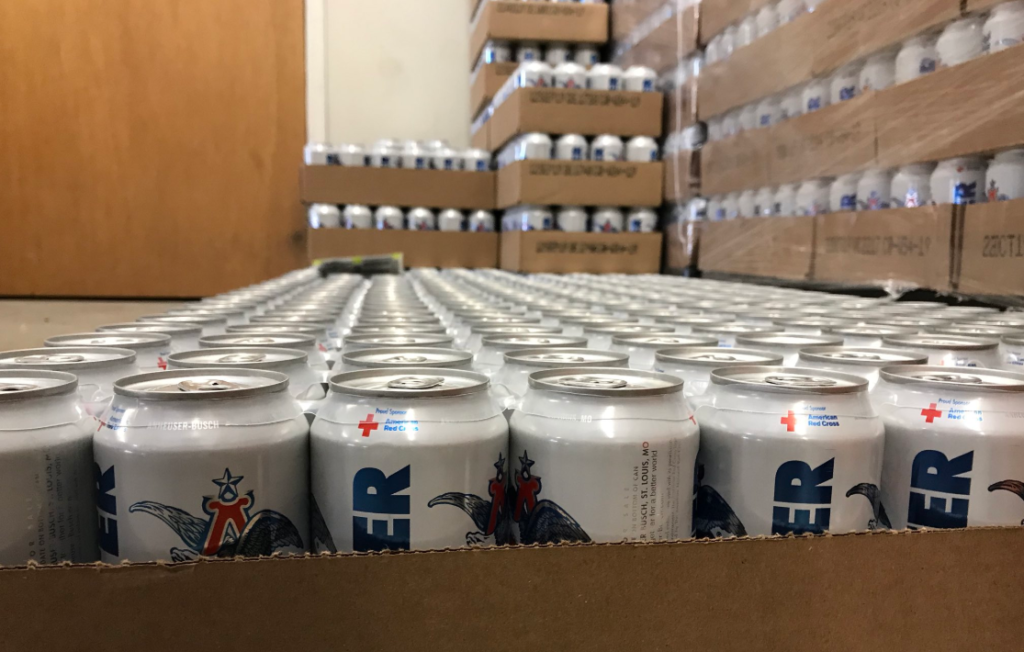 KALISPELL – In preparation for wildfire season, Anheuser-Busch released a statement saying the company donated 300,000 cans of emergency drinking water to volunteer fire departments around the nation.

The company tells MTN that once a year brewers take a month of brewing to focus on sending out this emergency water supply. The only department in the state to receive any is South Kalispell Fire Department.

Fire Chief Chris Yerkes tells MTN drinking water is crucial when crews fight fires. In years past Yerkes says his crews used plastic water bottles. Sitting in the hot sun, many times the plastic would start melting and leaking into their water. The Anheuser-Busch cans won’t do that.

Yerkes also states, packing cans into their fire trucks is easier than packing the plastic bottles. Every year the volunteer department has to budget for a large amount of water they need to stay hydrated.