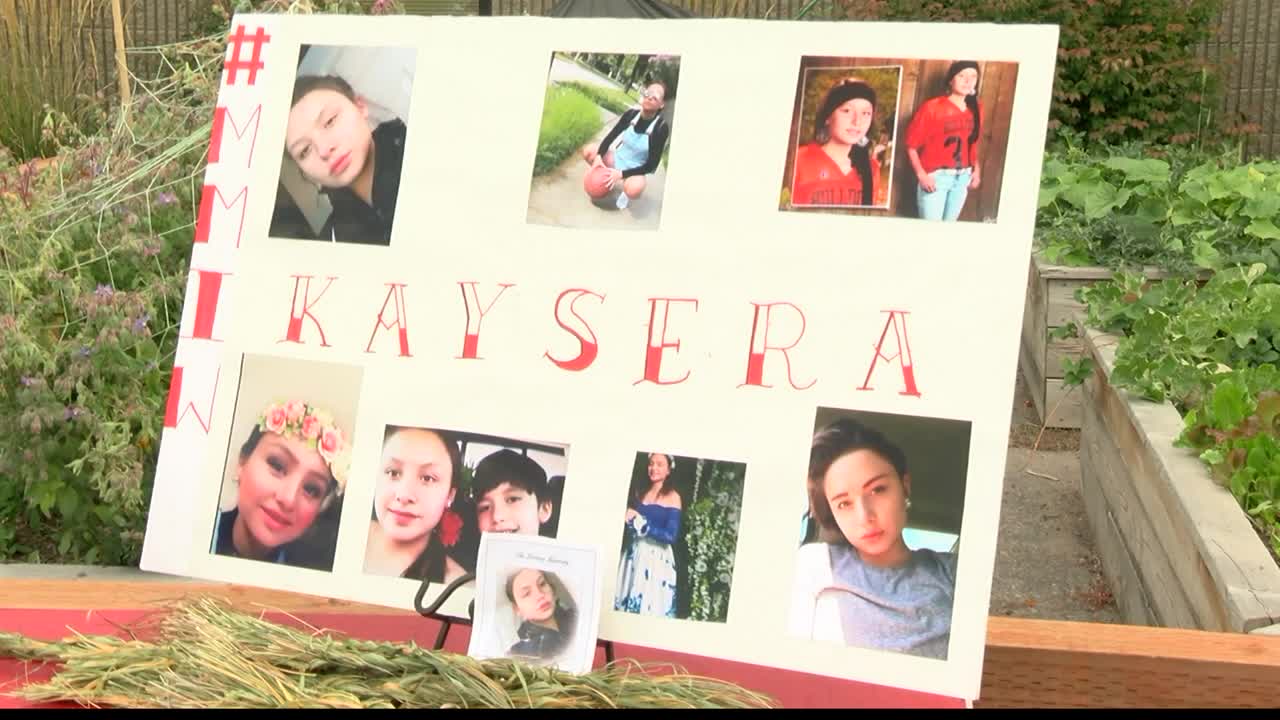 MISSOULA — Days after Kaysera Stops Pretty Places was reported missing, the 18 year old’s body was found on Aug. 29 in the backyard of a home.

One candlelight vigil took place in Missoula, and the other in Hardin. Two vigils were held because Kaysera was a high school student and had friends in both Missoula and Hardin.

Kaysera’s family is devastated by the loss of such a young and inspirational part of their family, and they hope the investigation into her death can uncover what happened to her. Kaysera is the 27th missing or murdered indigenous woman from Big Horn County.

“I am very excited to see what impact the two (vigils) have,” QJ Means, Kaysera’s uncle said. “I’m just excited – I’m really hopeful that it’s going to cause change for the better in the investigation.”

“And that her name’s out there because she mattered. She mattered,” Kaysera’s aunt, Anya Means said.

Kaysera’s death is one of 134 missing or murdered indigenous women in Montana alone.

Advocates from the Missing and Murdered Indigenous Women coalition said that cases such as Kaysera’s typically don’t have the full resources of a usual investigation by law enforcement.

The family’s desire to learn more about why this happen is so strong that they are offering a $5,000 reward for any information on what happened to her.

“She was just very special. It’s just – I don’t know, it’s like a sucker punch,” QJ said. “She was so special, it just devastated us.”