Beating breast cancer during a pandemic: A Laurel woman shares her story 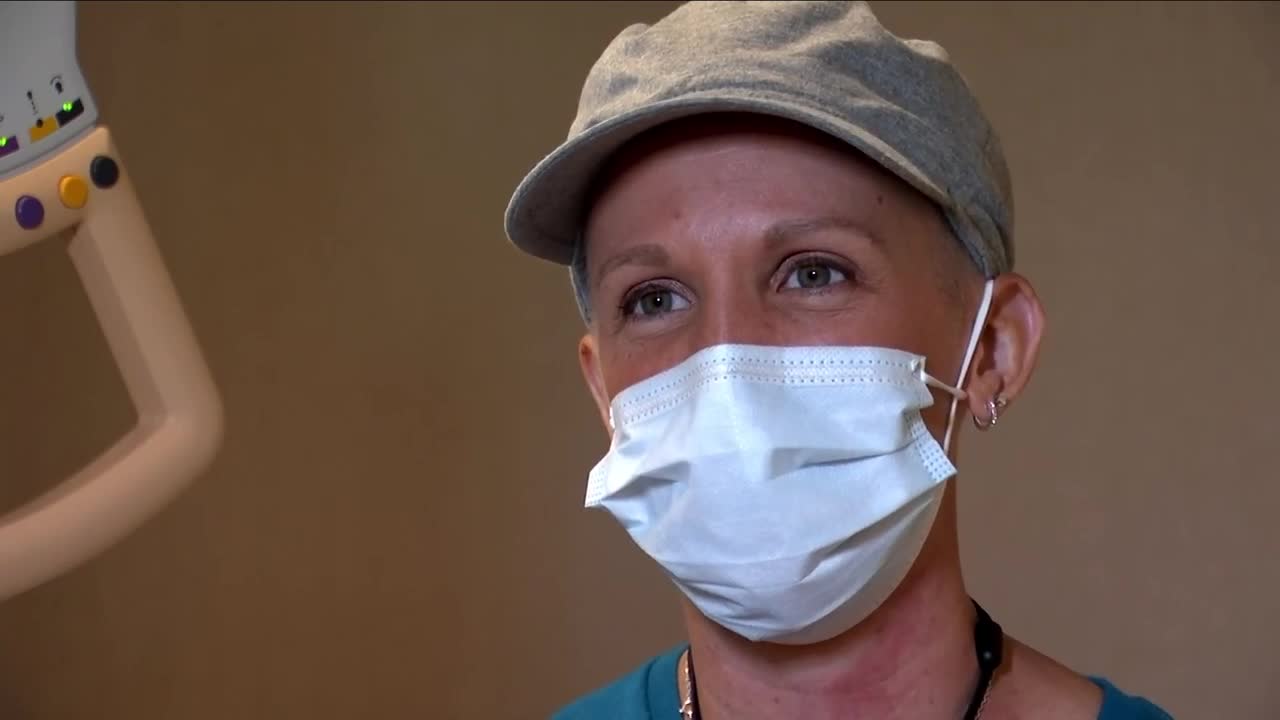 Beating breast cancer during a pandemic: A Laurel woman shares her story

LAUREL - The last six months for Crystal O'Reilly have been anything but predictable.

"It's definitely no path that anybody wants to take," O’Reilly said.

It all started in March.

"One night I was just getting ready for bed, felt a bump," she said.

That was when she was 39 years old. The recommended age for mammograms is 40. With no family history of breast cancer, it was never a concern, so she monitored the bump for a few weeks.

"It's kind of one of those things that you think of, kind of almost like, you know it's not going to happen to me, at least not right now," O’Reilly said.

In a whirlwind of appointments, it was discovered she had stage three, grade three invasive ductal carcinoma.

“My initial tumor was 7 centimeters and invaded two of my lymph nodes."

This all happened on the brink of the pandemic, and she got into surgery just in time for a chemo port.

"That was the last day of doing elective surgeries before COVID shut the hospitals down. So I was very lucky to get in and get that done so I could get my chemo started."

But luck didn't always play in her favor throughout the pandemic. With overwhelming support and love from her two daughters and husband, O’Reilly still had to face some of the most difficult moments alone.

“There definitely were days where I did feel very alone with this. And you know, I had to meet my oncologist by myself. My husband was able to chat on the phone with us. I mean, that's a pretty heavy appointment to go to alone," she said.

Chemo appointments were also done solo, but she used that time with her sights set on her future.

"Studied while I was going through chemo and took my boards as soon as I felt good right after my last treatment and passed. So now I'm a full RT (radiology tech) and done with school."

With six chemo treatments and a double mastectomy, the cancer was gone.

Her positive, upbeat attitude was something her coworkers at Laurel Family Medicine noticed right away.

"She is such a sweet spirit, and she is very kind and gentle. Just to hear her news and how young she is,” said Kay Gallagher, a medical assistant at Laurel Family Medicine.

While O’Reilly was gone for her surgery, her coworkers orchestrated a surprise for her return, printing shirts that read “her fight is my fight”.

“We wanted her to know that we were behind her in this," Gallagher said.

"I have had to do it alone, and a lot of it alone, and to come to work and see everybody do this for me, it was pretty amazing," O’Reilly said.

When asked what's the most important lesson in all of this, O’Reilly said it’s the self-exam.

"Especially if you're not at the age of mammograms yet. Don’t ignore the bumps,” she said with a laugh.