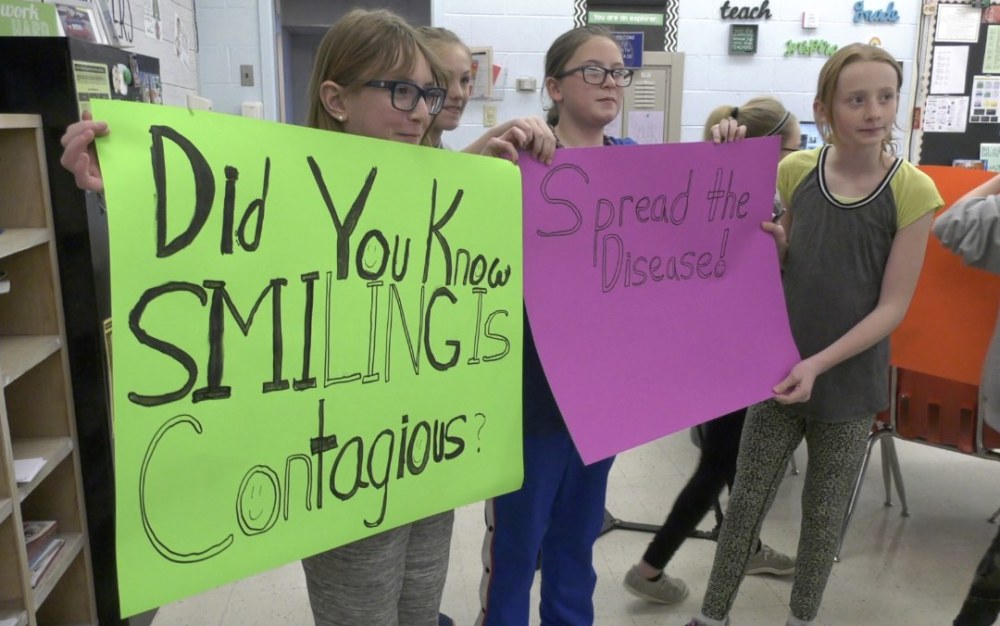 BUTTE - A group of sixth graders at West Elementary made signs with positive messages on them that they plan to show to motorists on their way to work.

They hope this will be a cure for the Monday morning blues.

“So we just decided to brighten up their Monday by making it feel like a Friday,” said student Otto Rodrigues.

Teacher Rochelle Pesanti was inspired to do this by a viral video of a man in Washington D.C. who has been holding up positive signs to motorists. Her class will do the same thing beginning Monday morning at intersections near the school. She believes it’s a good time of year for a positive message.

“The cold weather gets us down, the holidays have us stressed, and I just feel like we try so hard in here to get these kids to make each other smile, that why can’t they go out into the community and do a little bit of that for everybody,” said Pesanti.

Student Mattie Stepan added, “I think it’s a great idea because Monday’s are sometimes depressing, especially after the holiday when people still want to be off.”

One of the signs the kids made says ‘it’s a marvelous Monday;’ another says ‘Smiling is contagious.’

These kids believe that if they make somebody’s day in the morning, it will have a lasting impact.

“Not only does it happen in their day – makes them happier – but it can also have them encourage other people to be happy,” said student Keyona Fultz.

The students plan to be at the intersection of Excelsior and Platinum at 7:45 a.m. Monday.