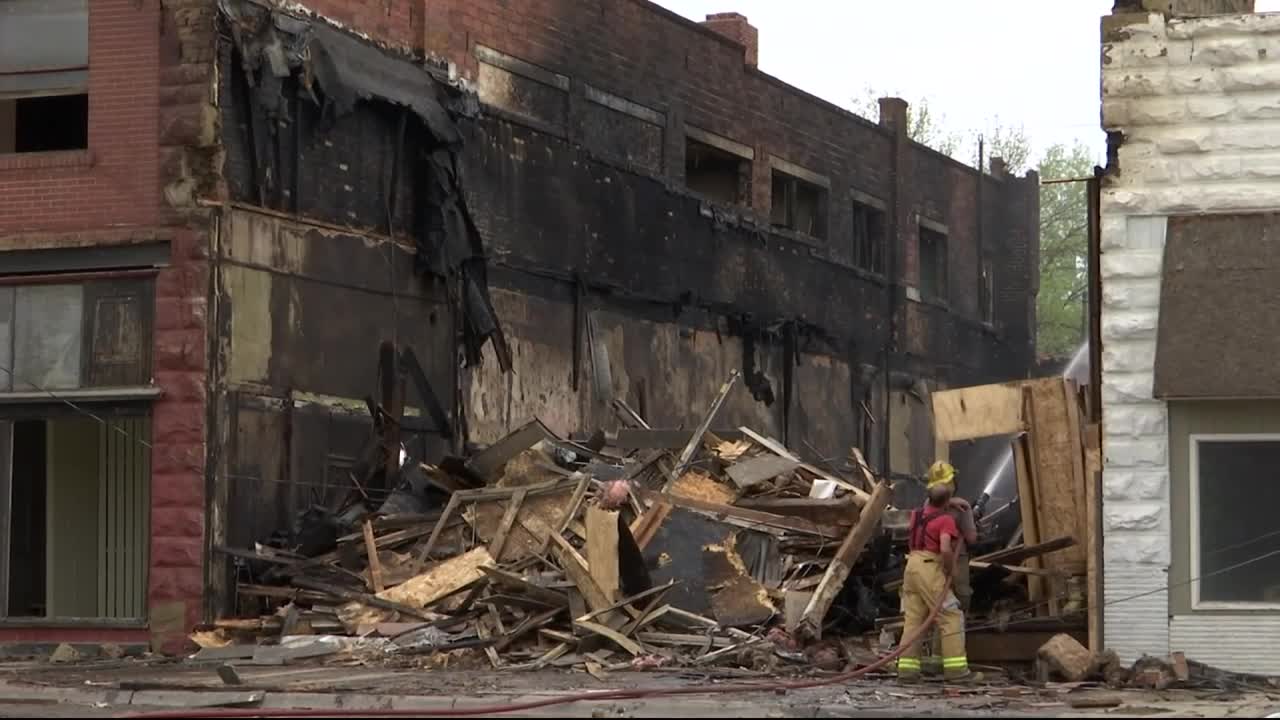 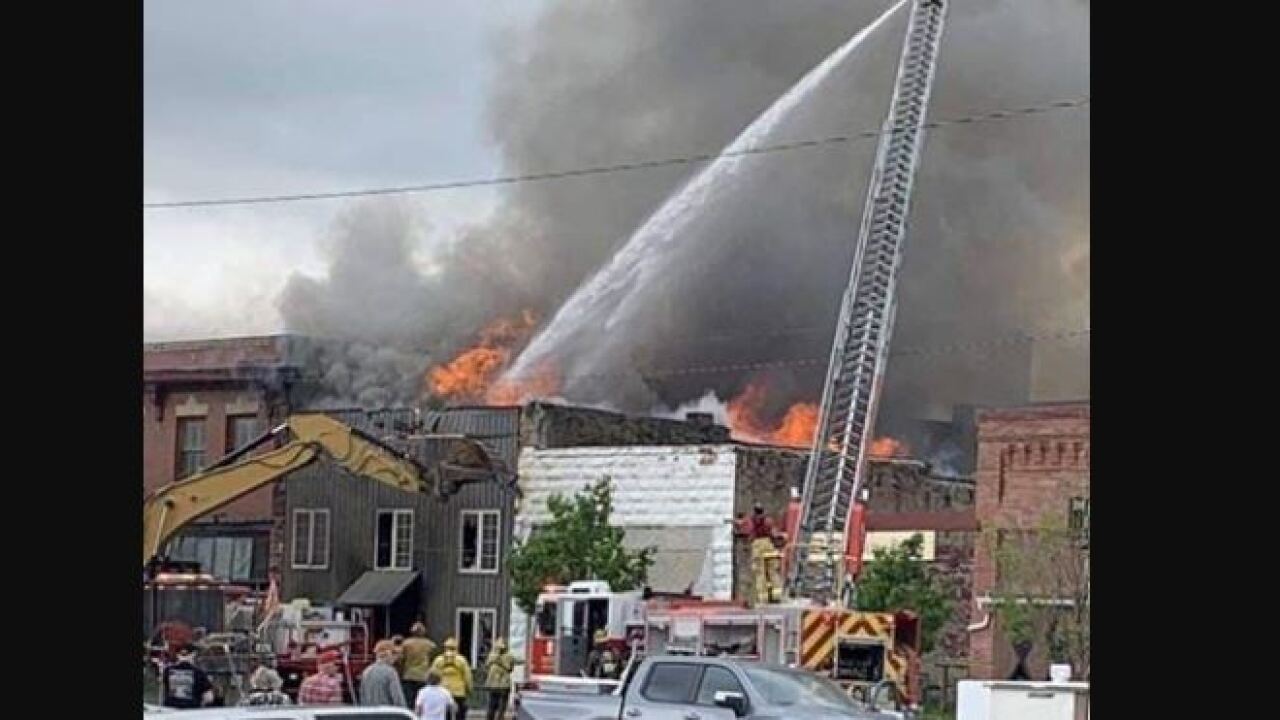 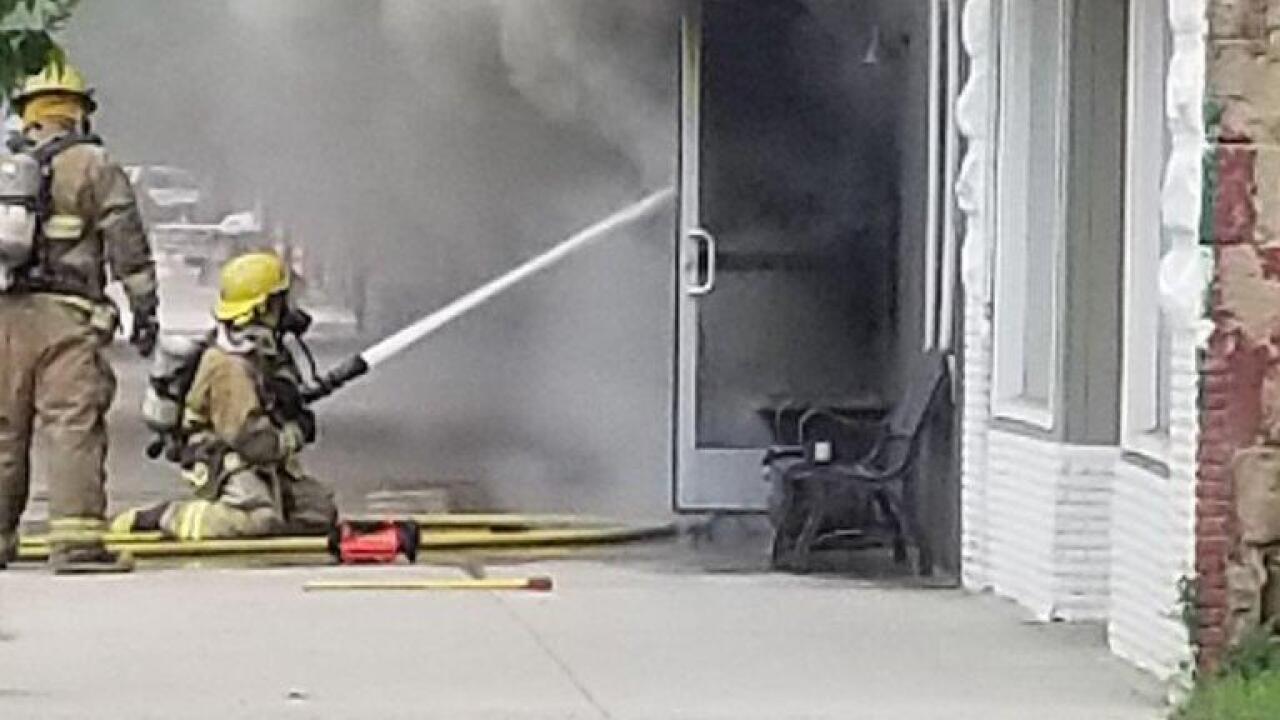 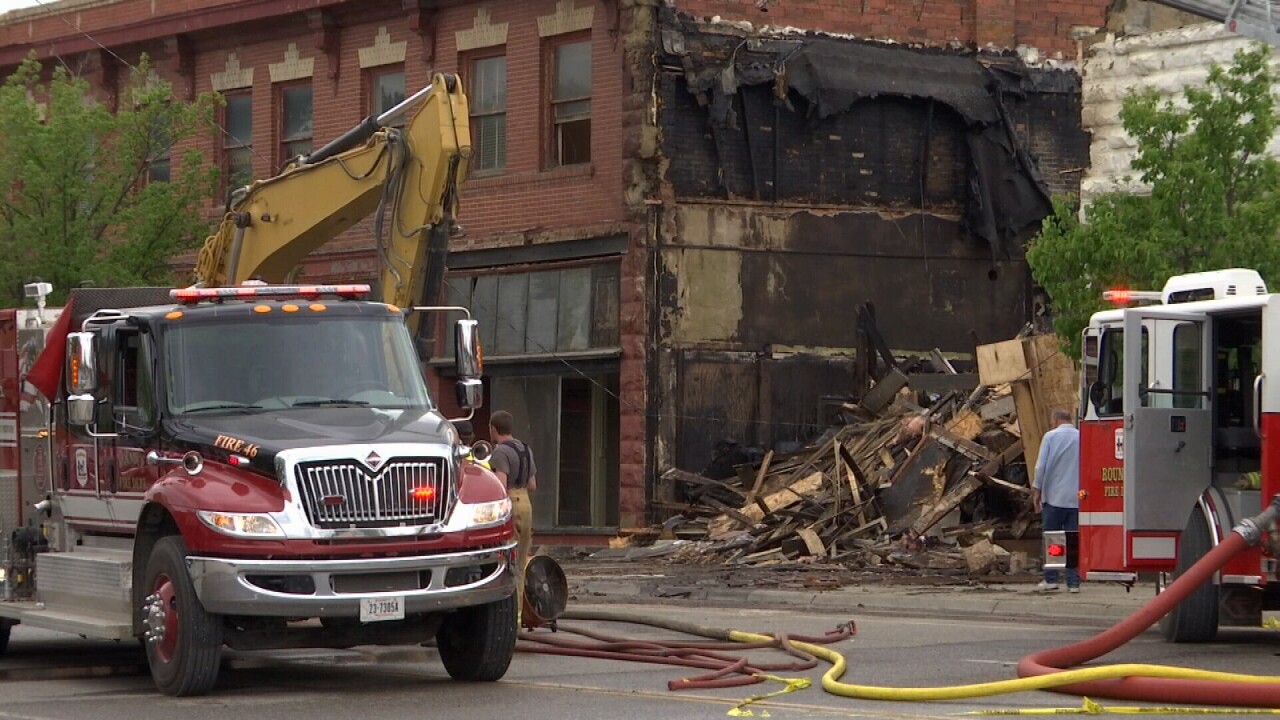 Around 9:30 a.m., Salthe said there were reports of smoke coming from in between the buildings around 229 Main St.

Firefighters from Roundup, Hawk Creek, Dean Creek, the Montana Department of Natural Resources and Conservation all responded. Roundup sent all of its 20 volunteer firefighters, Salthe said.

Five hours after the fire ignited, firefighters were forced to knock down the building with an excavator to ensure the fire didn't spread to neighboring structures, Salthe said.

“I think we would have lost the whole block if we wouldn’t have," Salthe said.

Salthe said there was fire damage done to the building to the Vintage Cafe's left and damage to the wall of the one to its right.

The now-demolished building shared walls with neighboring structures on either side.

The fire's cause has not yet been determined. Salthe said the fire marshal was on scene to investigate further.

One firefighter was taken to a local hospital for smoke inhalation and is expected to make a full recovery, Salthe said.

“We had one firefighter who got overheated, he got some smoke, so he’s still up at the hospital," Salthe said.