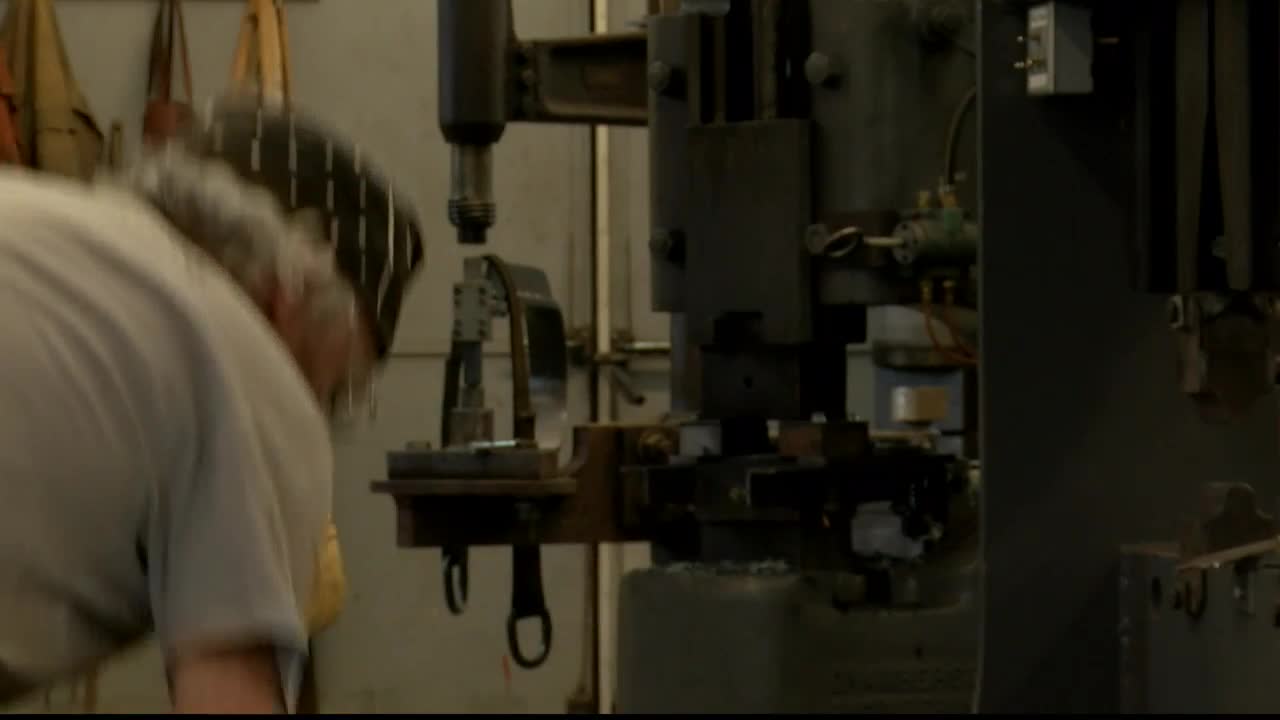 BIGFORK — Historians say the art of blacksmithing has been around since 3000 B.C.

In Bigfork, Jeffrey Funk teaches the art of blacksmithing, teaching it to a younger generation attracting students from across the country.

Students with an admiration for blacksmithing will flock to the Flathead Valley this summer to sharpen their craft .

Bigfork’s Jeffrey Funk has been a professional Blacksmith for more than 40 years. Last summer he started the New Agrarian School, showcasing Two-week intensive courses on the art of blacksmithing.

Funk says each two-week class holds six blacksmithing students and features class lessons from not only Funk, but world-class blacksmith craftsman from across the country.

He says teaching his craft to a younger generation has strengthened his love for the art of blacksmithing.

He decided to move to Montana from Michigan to learn under Funk. He says the decision is already paying off in a big way.

“I feel like I’m 10 years ahead of where I would’ve been had I tried to figure it out on my own,” said Haarklou.

Classes touch on a number of different blacksmithing topics with students ranging in different skill levels.

“The person-to-person dynamic is so unique with each class and it’s really a wonderful experience, I got to take four classes last summer and every single one of them was dramatically different for the better,” said Haarklou.

This summer courses will start May 18th and run through the end of August. In Bigfork, I’m Sean Wells, MTN News.
Jeffrey Funk’s sculpture work can be seen in Kalispell, Missoula and across the country.

More information can be found online at newagrarianschool.org