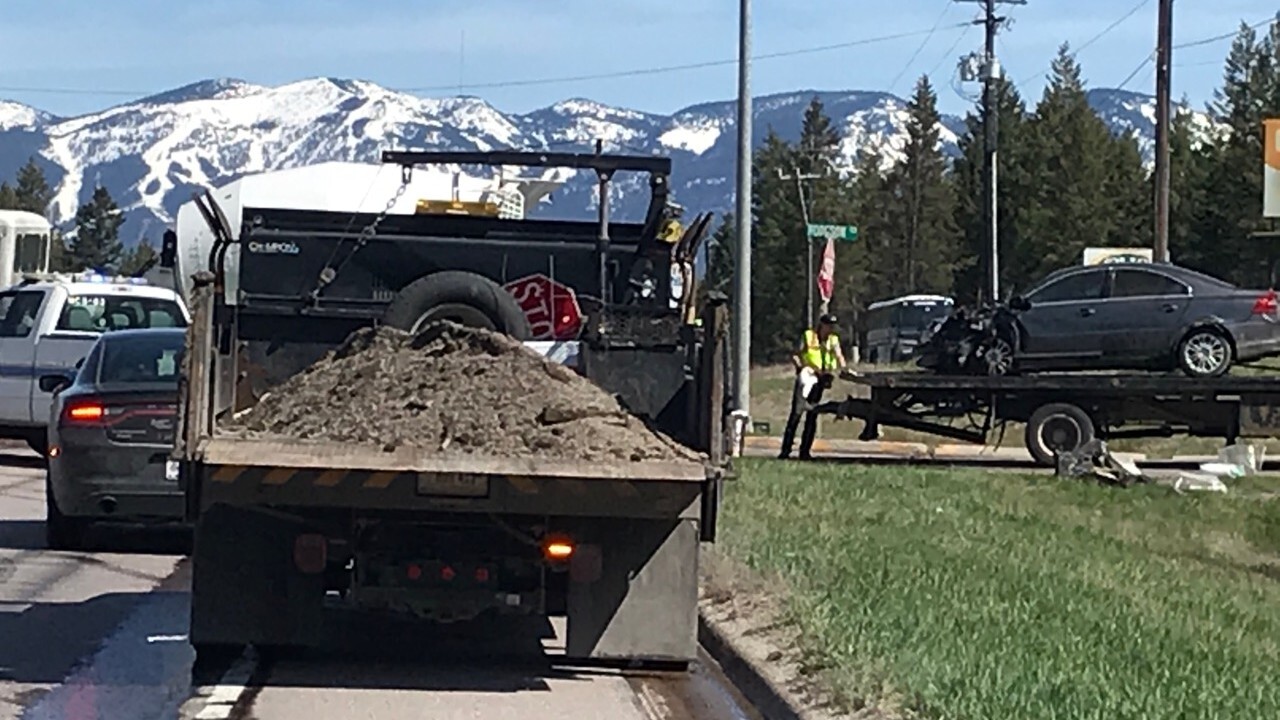 Sean Wells/MTN News
<i>Emergency crews on the scene of a crash on US Highway 93 near Hodgson Road, between Kalispell and Whitefish on May 5, 2020. </i> 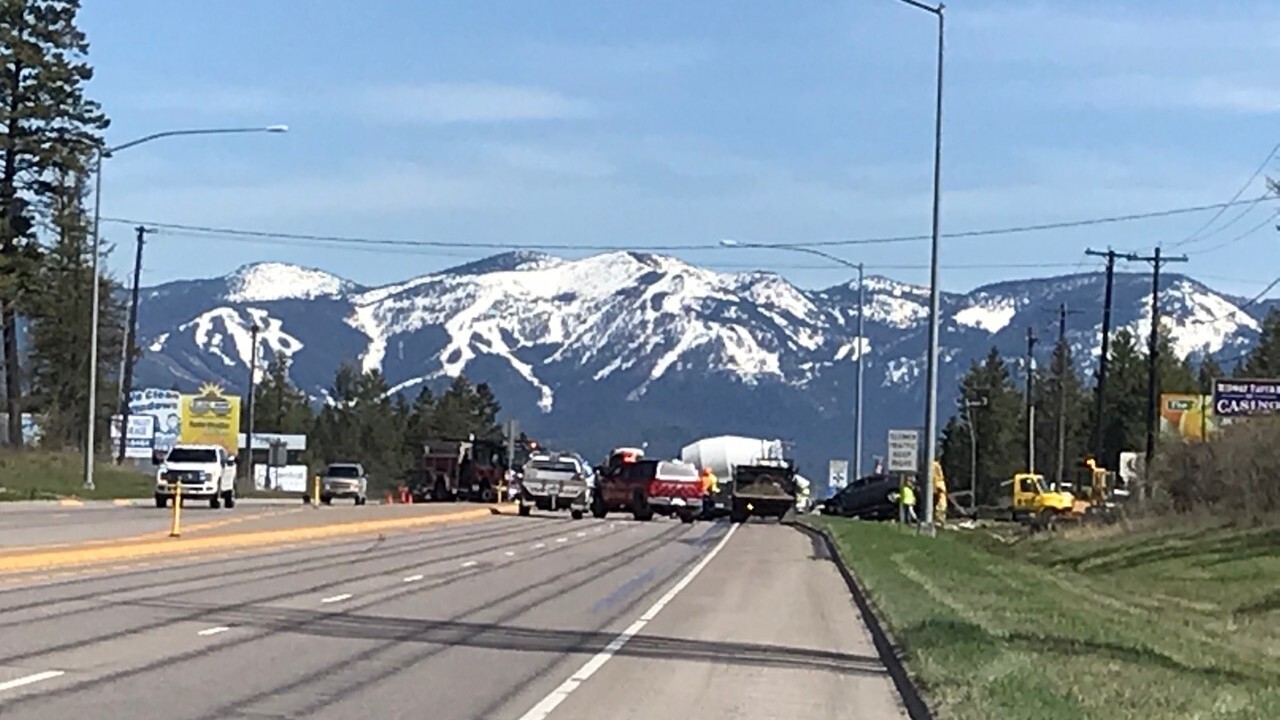 One person was taken to the hospital on Tuesday morning after a crash involving a cement truck in the Flathead Valley.

Montana Highway Patrol Trooper Jason Fetterhoff tells MTN News that the driver of a cement truck turned left off Hodgson Road onto US Highway 93 but failed to see a gray Volvo that was in the northbound lane.

Northbound US Highway 93 was fully while crews worked to clear the scene near mile marker 123.

An accident is causing traffic delays in the Flathead Valley.

Emergency crews are on the scene of a crash on US Highway 93 near Hodgson Road, between Kalispell and Whitefish.

The northbound lanes are blocked near mile marker 123. There is also partial lane blockage to the southbound lanes of Highway 93 in the area.

The Montana Highway Patrol was called out to what is being described as an accident with injuries shortly before 10 a.m. on Tuesday.

We will have more information on.this developing story as it becomes available.

-information from Sean Wells included in this report.