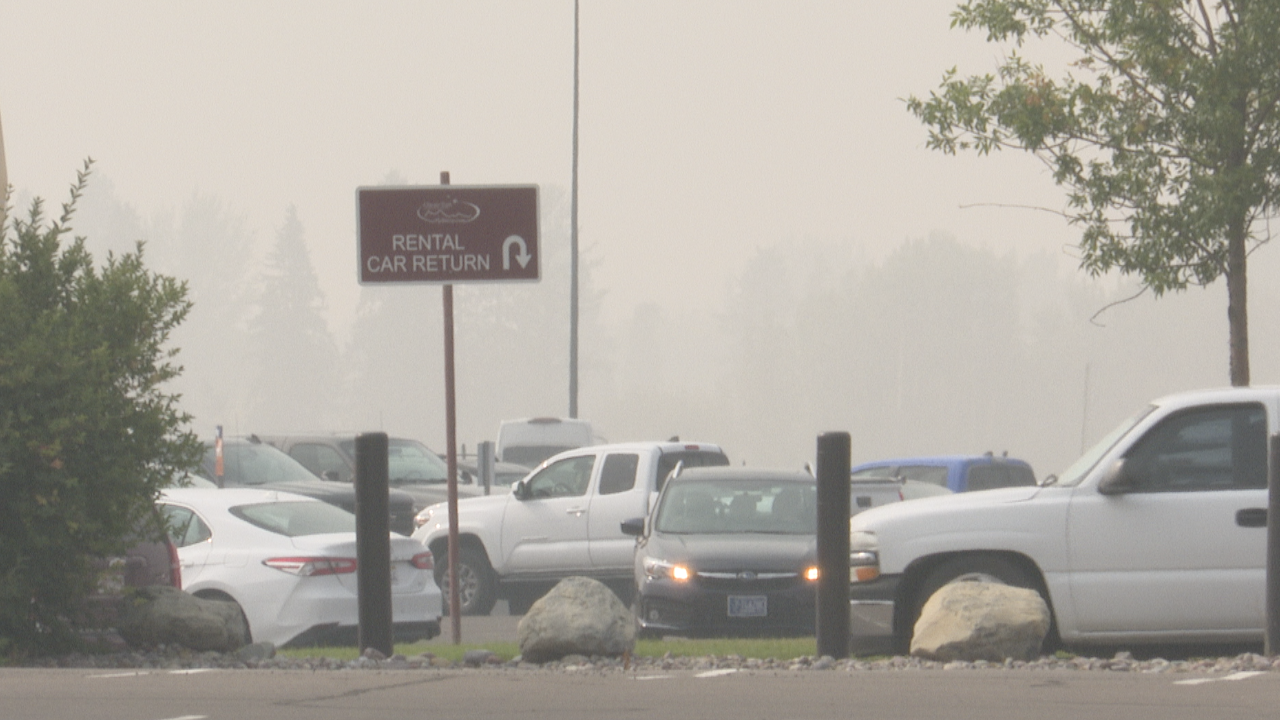 According to the airport, visibility is down to one mile because of the smoke. However, to impact a plane's flight, visibility must be half-a-mile or less.

The airport says 2017 was the last time a flight was impacted by smoky air, adding that more often planes are delayed because of fog or winter weather.

The airport has a special automated weather observation system which determines the visibility. If that goes down, air traffic controllers who are certified as weather observers can provide visibility reports to pilots, which they can legally use to land.