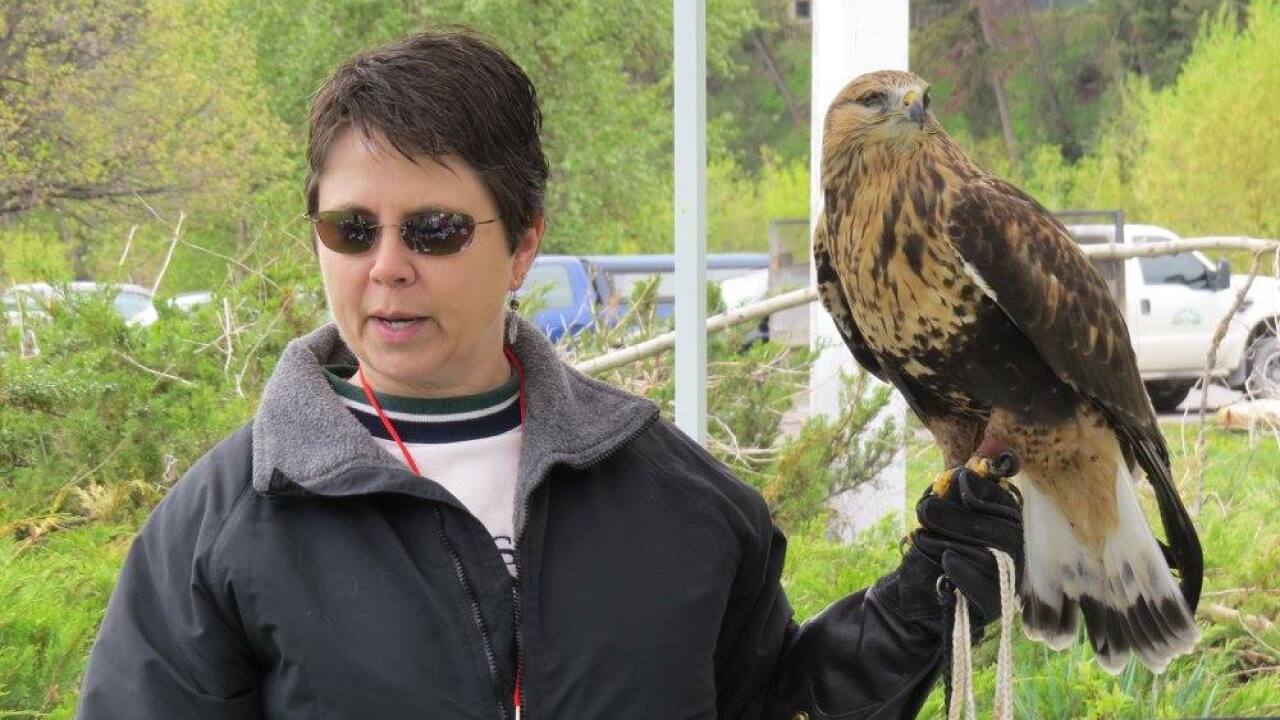 Kari Gabriel&#39;s Facebook
Hawkeye, a rough-legged hawk, had escaped the enclosure in Kalispell due to high wind gusts on Saturday.

KALISPELL — Kalispell had experienced such high wind gusts, that a raptor enclosure was flipped over on Saturday, allowing Hawkeye, a rough-legged hawk, to escape.

Kari Gabriel, a rehabilator and educator on raptors and is called Montana's Bird Lady, had rescued Hawkeye after she was hit by a car in 2014.

Hawkeye has only one eye, and was Montana Bird Lady's first education ambassador.

Gabriel had posted on Facebook about Hawkeye's enclosure being knocked over and is hoping the community in Kalispell will be on the lookout for her.