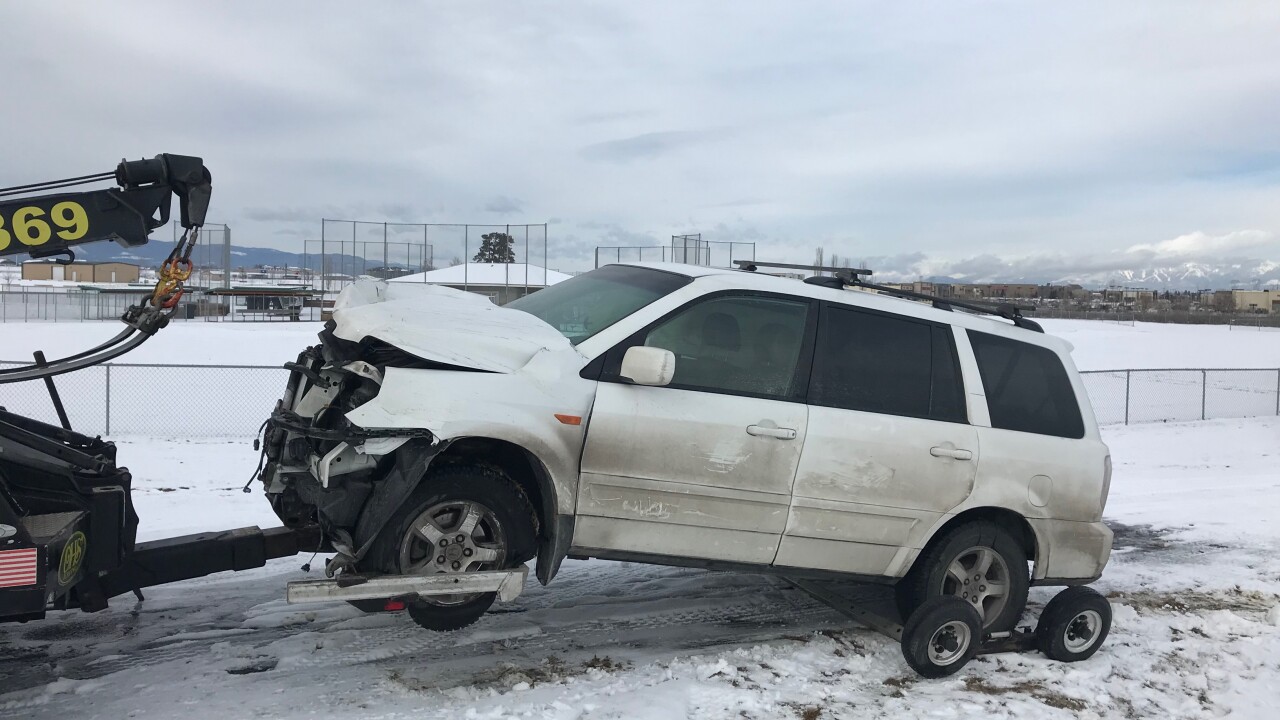 KALISPELL — A woman was taken to the hospital following a Thursday afternoon head-on crash in Kalispell.

The accident was reported at 12:45 p.m. on US Highway 93 North at the intersection with Four Mile Drive.

The impact of the crash sent a Honda SUV 150-to-200 feet down an embankment next to the Kalispell Youth Athletic Complex after the crash.

The woman driver of the Honda was taken to Kalispell Regional Medical Center with unknown injuries following the accident, according to Kalispell Police Officer Colton Bagnoli.

The driver of a Dodge Ram pickup truck that was also involved in the accident – which remains under investigation -- was uninjured.