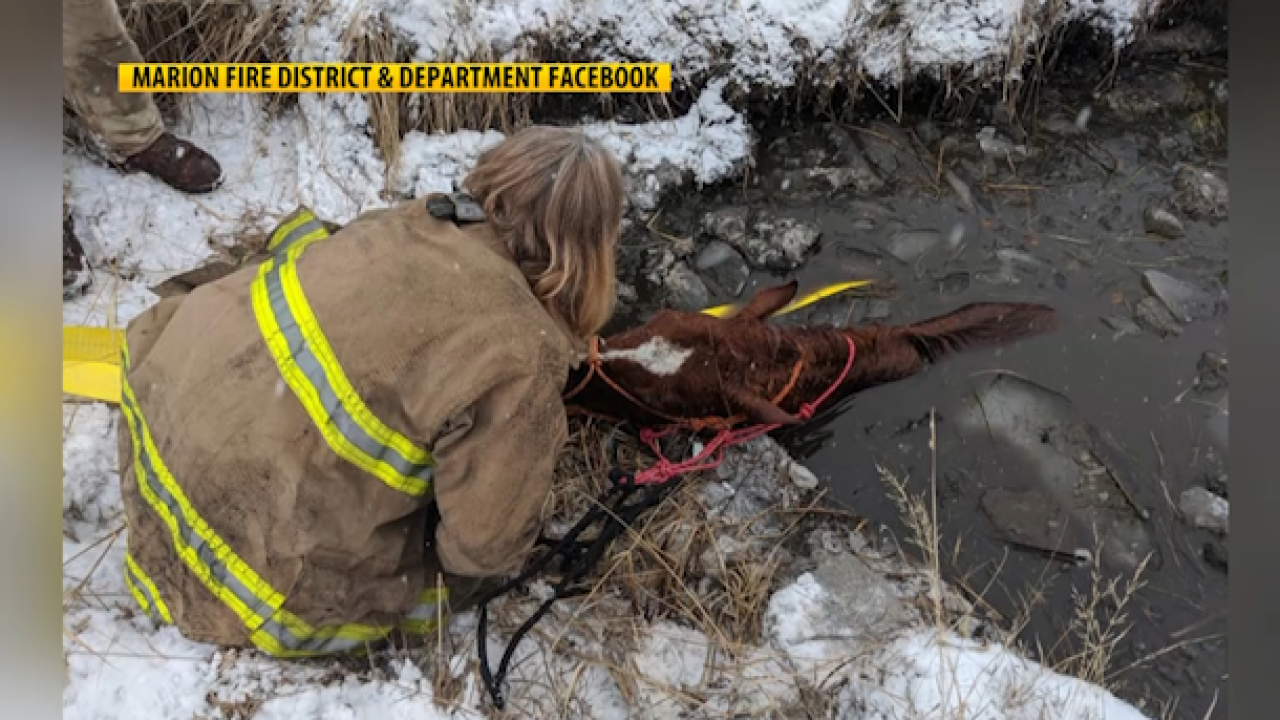 MARION — Marion firefighters and the Flathead County Animal Control jumped to the rescue Monday night, saving a horse that had broken through ice and was stranded in a swampy canal.

“We had to break a lot of ice and some dirt to get to him and then his front legs kept kind of going under the ice, we finally got the front part of his body out and then his rear legs would go underneath the ice buildup, so we kind of had to build a bridge across and lift him straight up,” Mast explained.

She said more than 20 volunteers -- including neighbors and community members -- helped rescue Henry the horse.

While in the water, Mast said the horse suffered from severe fatigue, dehydration and hypothermia. With little use of his legs, the horse stayed overnight in the fire hall Monday receiving warm fluids.

Mast said firefighters were in freezing cold water for hours to make sure the horse survived.

Henry is currently making a full recovery at a veterinariany clinic in Kalispell and is expected to be released back to his owner on Thursday.