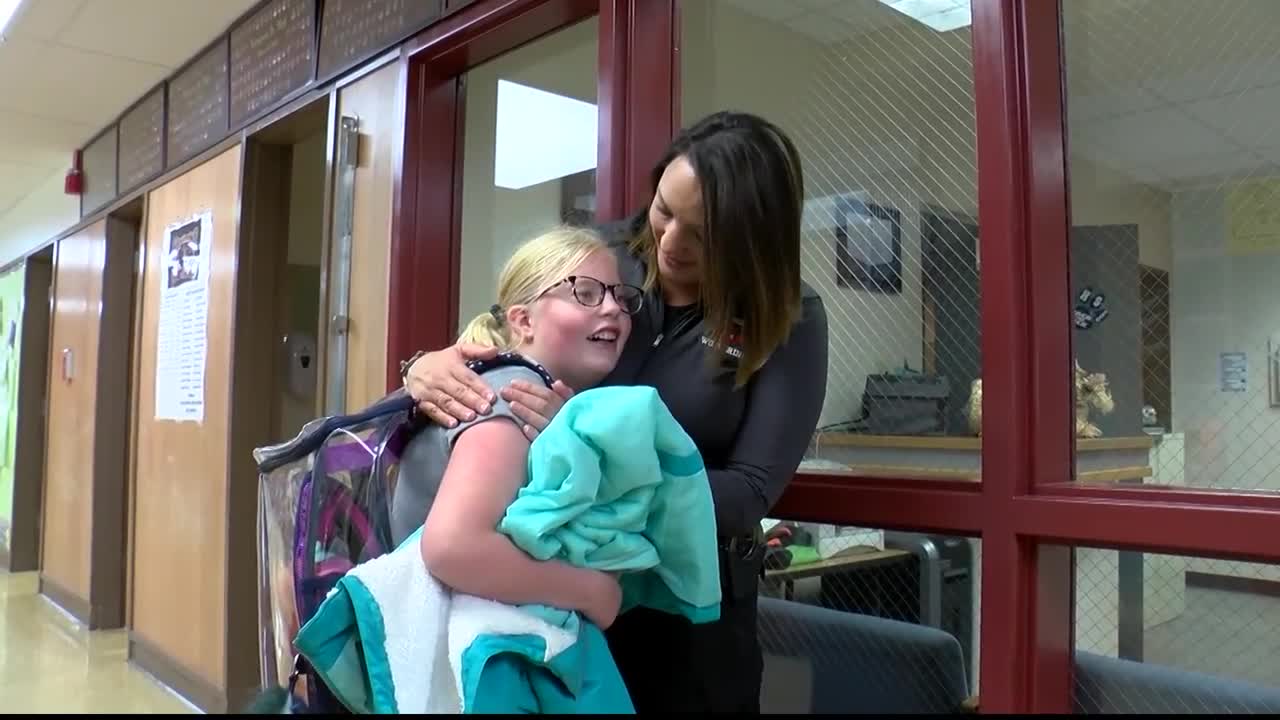 Sullivan says working the halls of Bigfork schools is her own kind of homecoming since both she and her father once roamed the halls there.

"The school is different. They've re built and added some things. Sometimes I kinda think about the days when I was here. But, it's really different, kids are different now and the schools are different," Sullivan said. "And some of the teachers are still the same, so that's kind of odd. It kind of pulls me back to those days when I was in school."

Brandy Arnoux, the first-ever SRO Evergreen schools, previously held the same position in Columbia Falls and agrees with Sullivan that times are changing.

"I was kinda surprised at the things we do now. The lock down drills, all the things that are necessary but it wasn't like that when I did this job before. Also, vaping (is) totally new to me," Arnoux said.

Arnoux and Sullivan say being a School Resource Officer is an important and special job to them, but protecting students and staff isn't their only focus.

SROs are also there to be positive role models.

"Being able to make an impact even in the smallest way with the kiddos. I love, and I'm at the smaller school too. I love just reading a book to the class, hanging out with the kids at lunch time," explained Arnoux.

Sullivan says her job is also to build a trusting relationship between law enforcement and the community, "make them aware of what law enforcement is about and what we do, and what the Sheriff's office is about."

Arnoux and Sullivans' positions are funded for five years by a grant from Flathead Electric Co-Op as well as both school districts and the Flathead Sheriff's Office. The money for the program comes from a separate money source and not from members bills.