Event took to the sky Wednesday 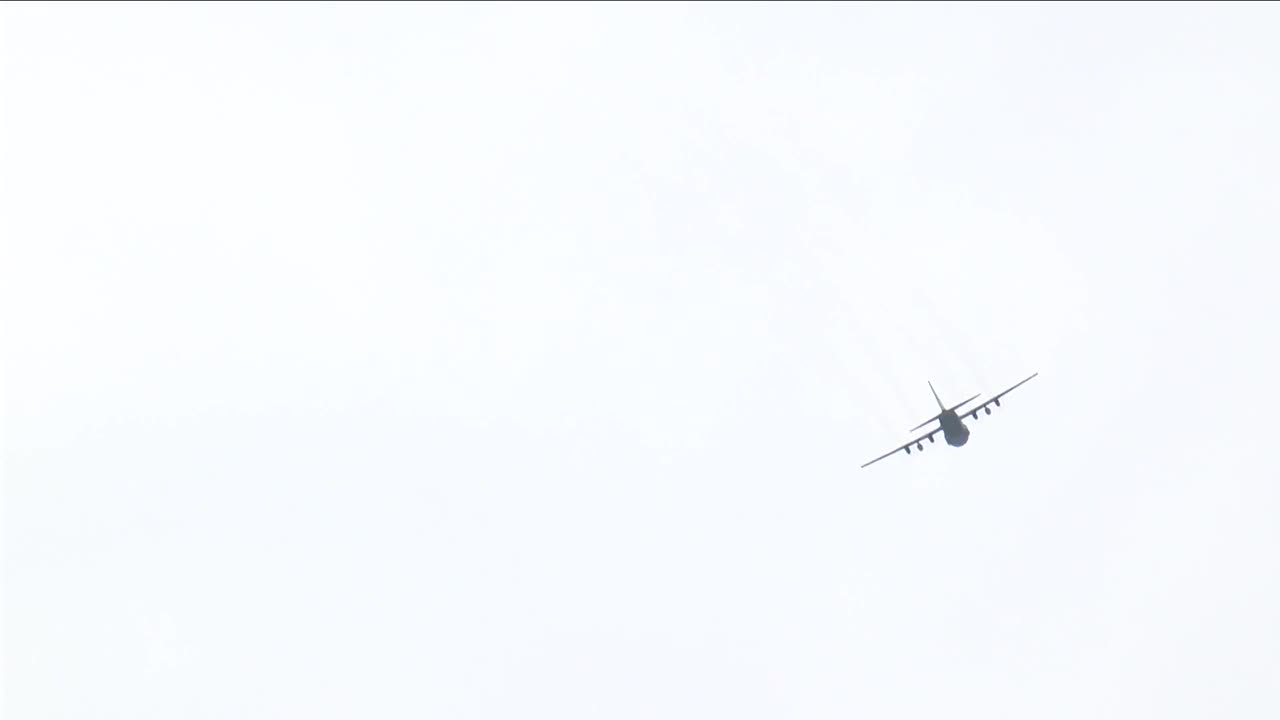 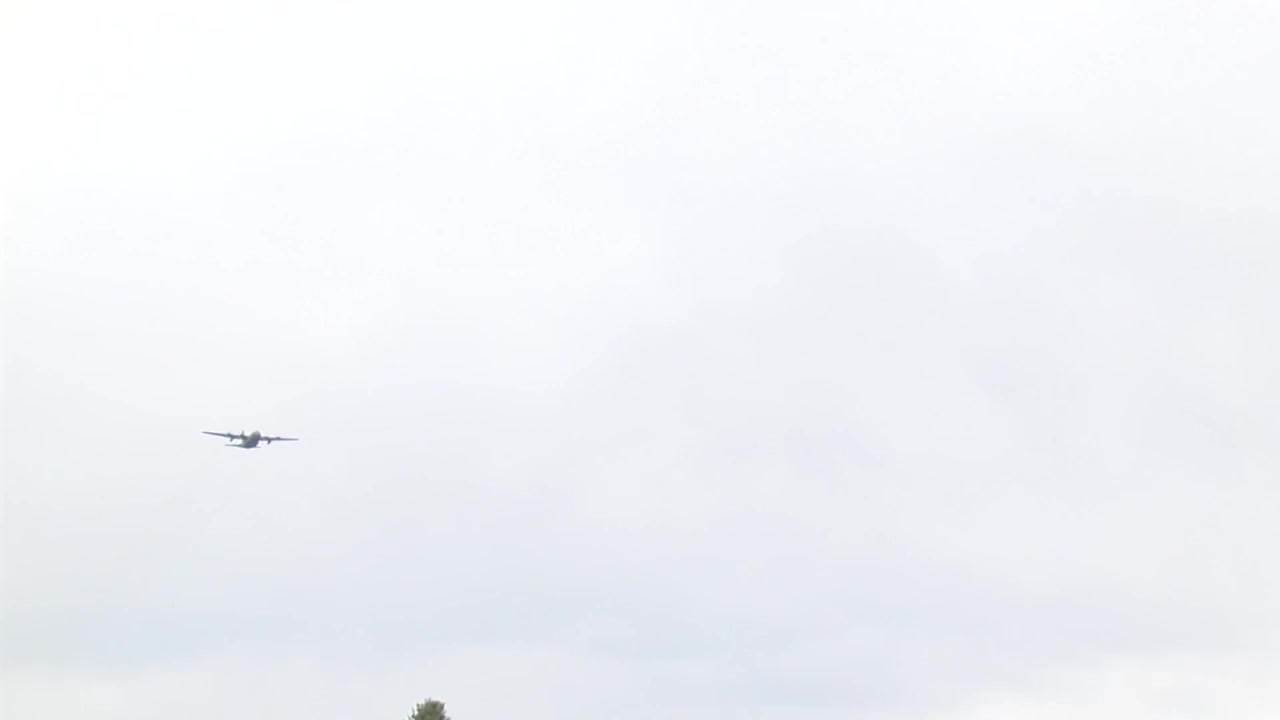 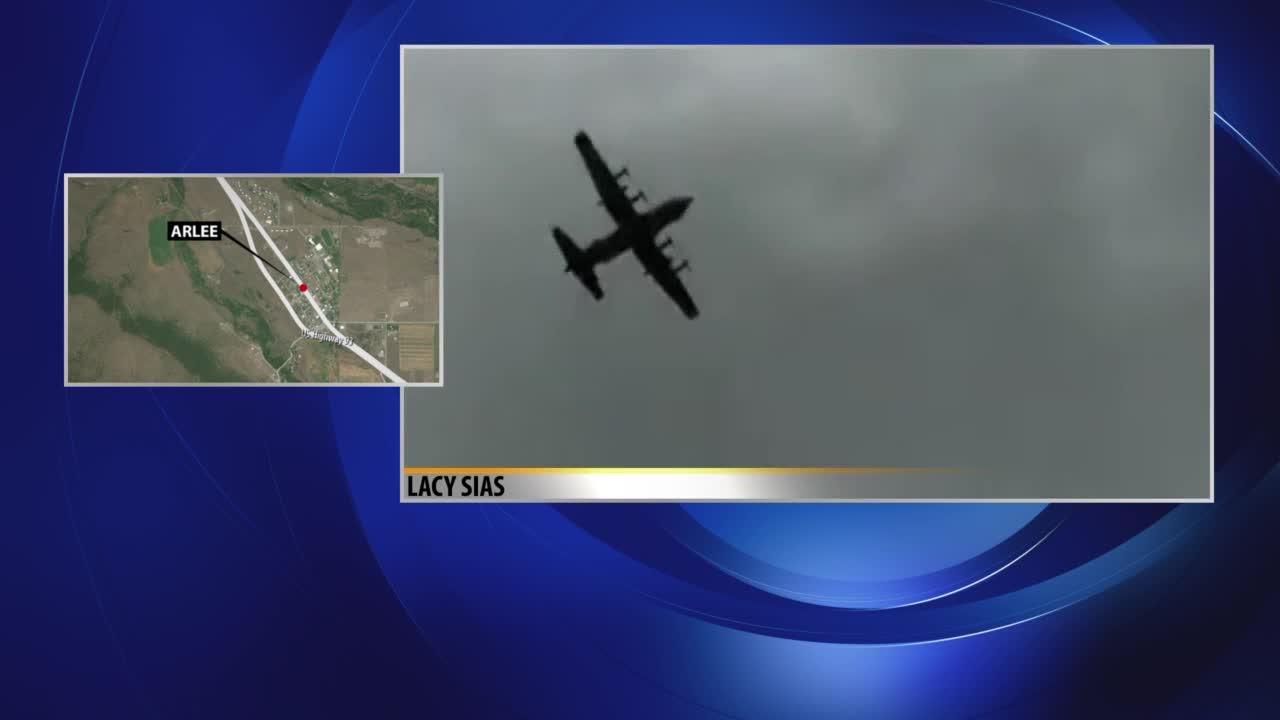 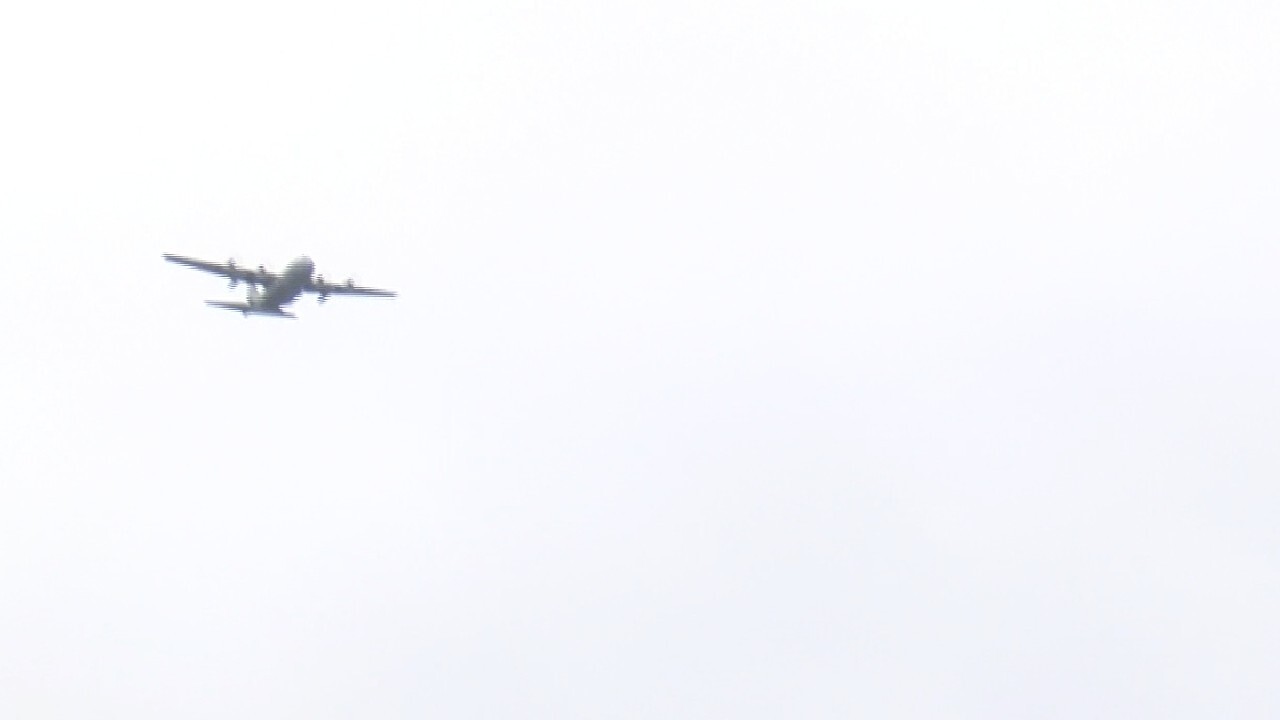 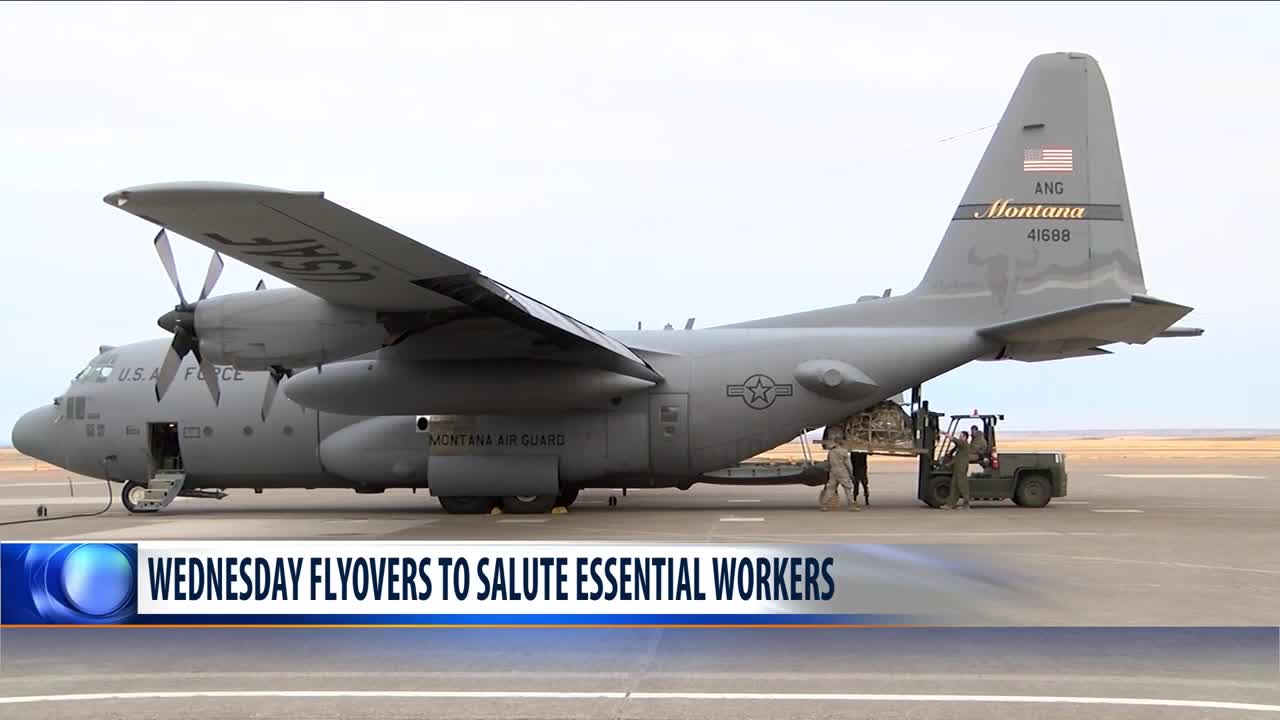 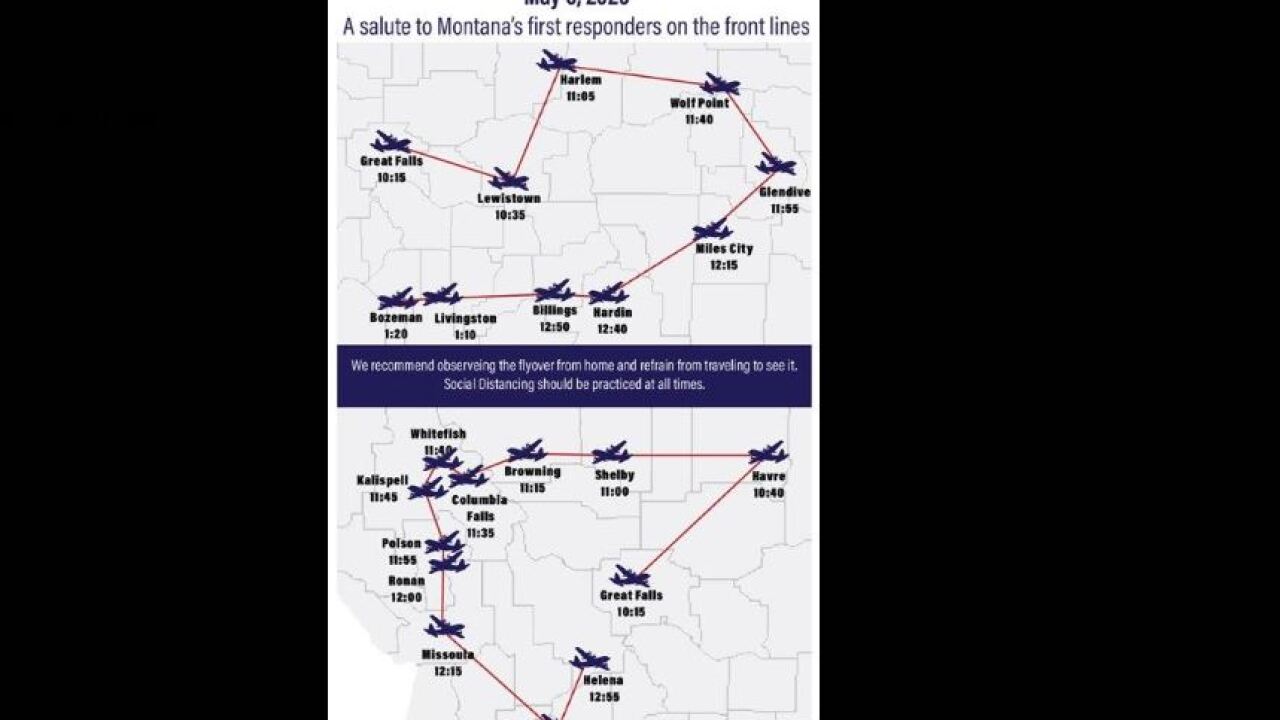 The Montana Air National Guard performed a series of flyovers over cities on Wednesday to salute front-line workers during the COVID-19 pandemic.

A C-130 aircraft from the 120th Airlift Wing of the Guard performed the flyover in Kalispell as part of the Air Force Salutes flyover program.

Watch the Kalispell flyover below.

The purpose of the flyovers is to demonstrate the Department of the Air Force’s continued readiness during the national COVID-19 response, while saluting the American heroes at the forefront in the fight against COVID-19, according to the Guard.

The flyovers are also intended to lift morale in towns, cities and states across America due to the severe health and economic impacts that have resulted from COVID-19.

The event began in Great Falls Wednesday morning with a two-ship flyover of Benefis Hospital. The aircraft then split off with one taking an eastern route and the other covering the western part of Montana.

Together they were scheduled to fly over more than 20 cities and towns Wednesday, focusing on health care facilities in the regions they visit. Flyovers such as these are conducted at no additional cost to the taxpayer and serve as training for aircrews.

The Guard is asking all observers to avoid gathering in large groups to watch the flight and to observe social distancing.