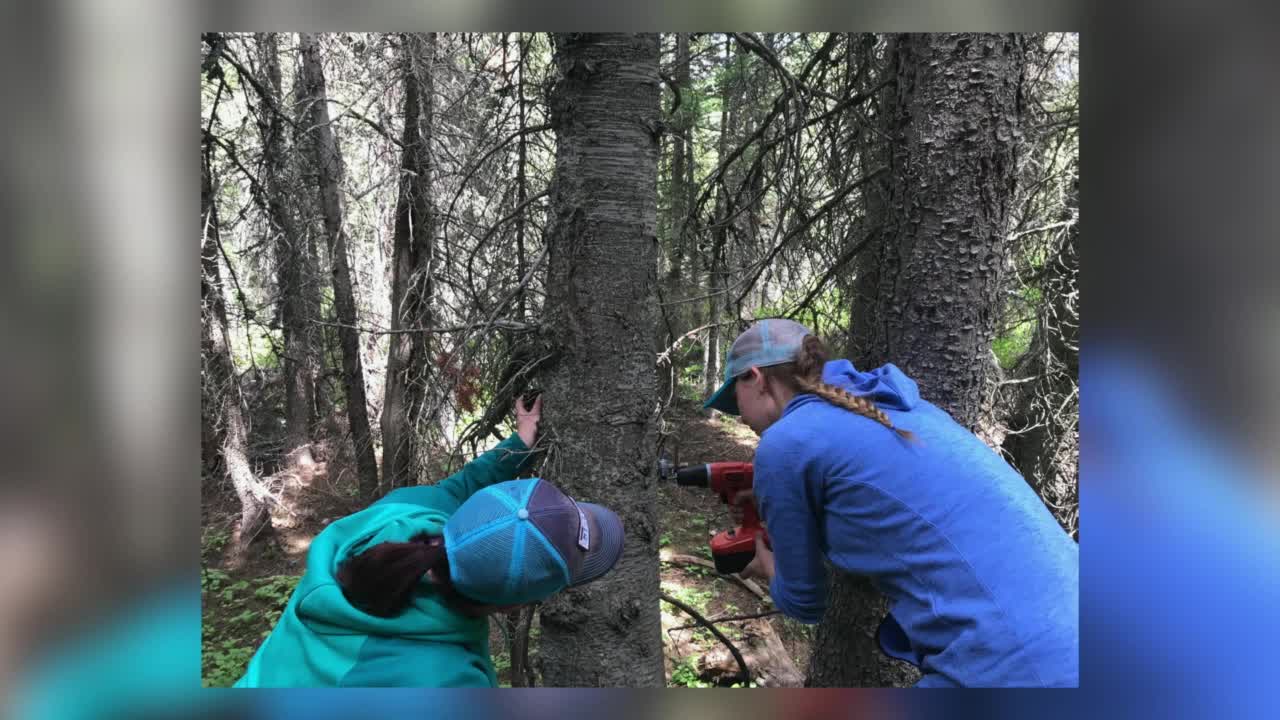 Jennifer Thomsen, associate professor with the University of Montana told MTN that the park is already seeing some trails being widened and vegetation trampled because of the tourism increase.

"If we just keep raising the bar as far as how many people are coming, there's going to be impacts to visitor experience," said Thomsen. "And sometimes those resources or those places won't be able to rebound like they used to."

According to the park, from 2012-2019 Glacier National Park has steadily seen around two to three million visitors a year.

Mary Riddle, chief of planning and environment compliance with Glacier National Park told MTN that mitigation efforts have been put into place to prevent further erosion.

"They put in water bars in places where new erosion is taking place," said Riddle. "Where trails have gotten really wide to bring them back in to a standard that's been established."

She told MTN that in peak season nine hundred people can hike the High Line Trail a day.

She futher exaplined to MTN that during the summer season, the population of Missoula hikes Avalanche Lake Trail.

Using this technology Wheeler told MTN that she can study hiker's behaviors and patterns.

However, she told MTN that coronavirus changed some of their visitation patterns.

Thomsen explained to MTN that sometimes this attracts people unfamiliar with how to properly recreate in a national park.

"So, are we seeing a different type of visitor that's more tolerant to crowds, but is maybe less prepared to be in those environments or how to leave no trace," said Thomsen.

Wheeler told MTN that long term, the park doesn't know what kind of negative impacts this increase in visitation will have on wildlife.

Even something as simple as the park asking visitors to come early to avoid crowds.

"We do know there are species that are very active in the early mornings," said Wheeler. "So, what does that mean if they need to use Logan Pass to get across to another area and there are already one hundred cars there?"

If you're going to the park make sure you're educating yourself on how to treat it.

Pack everything out that you've taken in and leave no trace behind.