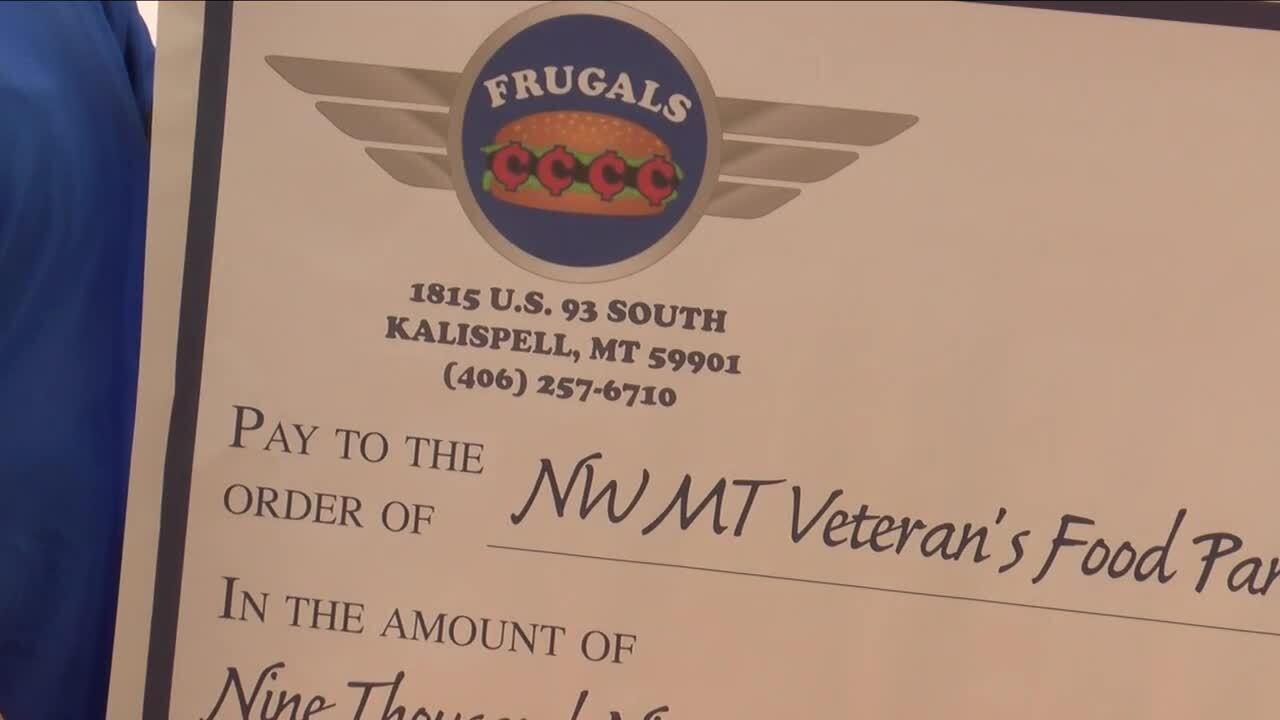 Frugals, a well-known burger restaurant in Kalispell donated close to $10,000 to the food pantry.

The food pantry serves up to 186 Veterans and their families on a monthly basis.

Frugals General Manager Cheryl Patterson said customers donated more than $6,000 for the food pantry during the month of May.

She says donating to the veterans food pantry is their way of giving back to the Flathead Valley community.

“They’ve helped us out so much by coming through our lines and keeping Frugals up and going, that we wanted to return the favor to the community,” said Patterson.

Frugals also donated 10% of their proceeds from the month of April to the Flathead Food Bank.