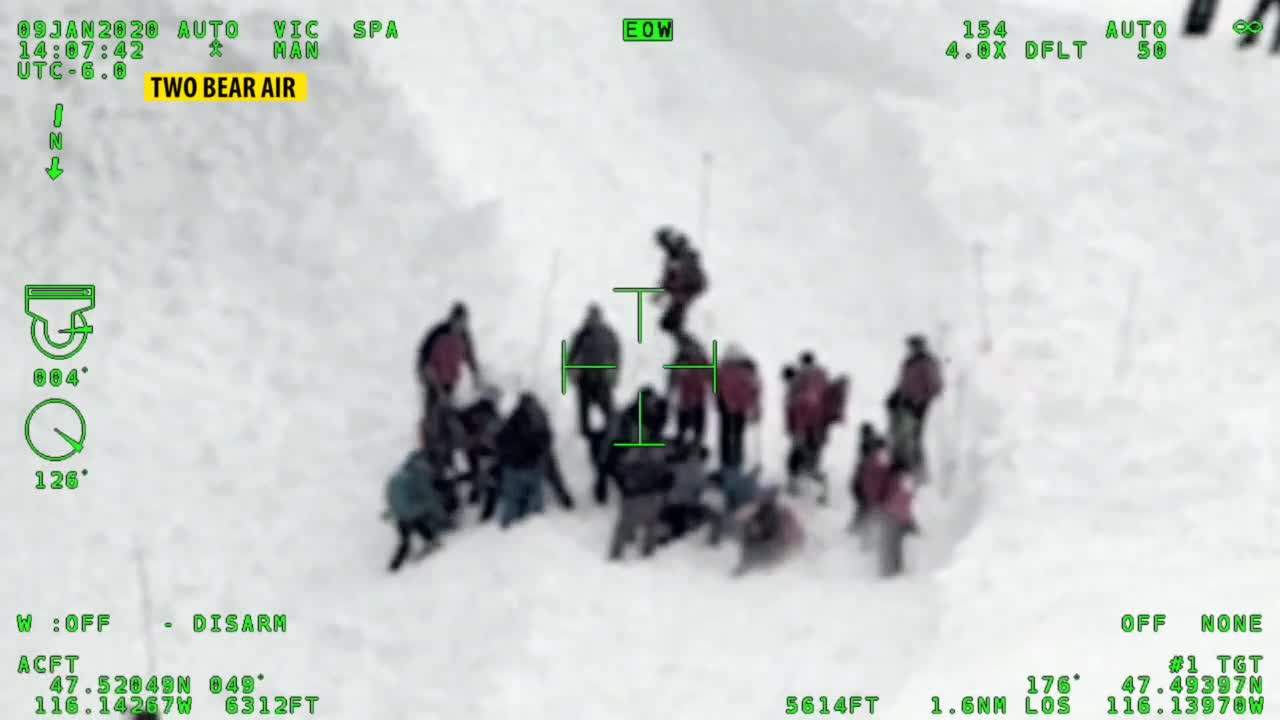 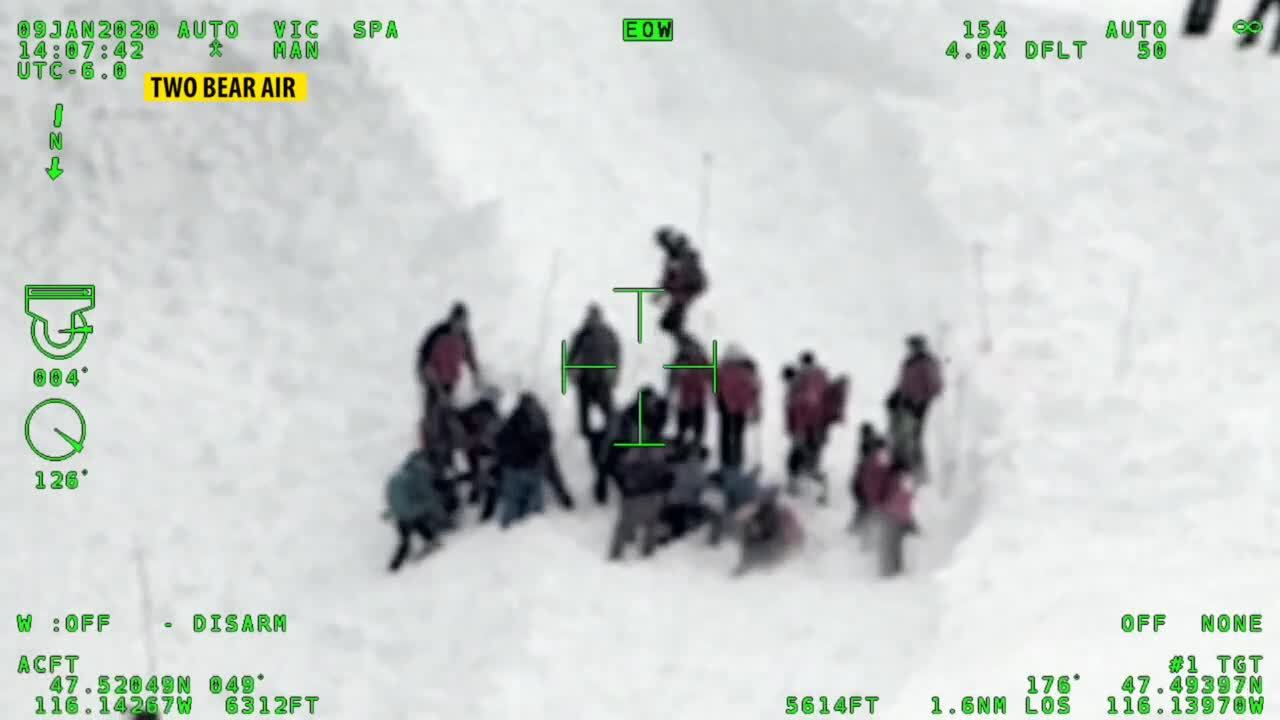 MISSOULA — Two Bear Air has released video of the aviation company assisting the rescue of one of the people trapped in a deadly avalanche that hit last week at Silver Mountain in Kellogg Idaho.

The video shows Two Bear Air finding one of the avalanche victims using their Recco Detector. First responders then quickly attempted to dig the person out eventually get them to safety.

Three people have died due to avalanches at Silver Mountain Resort.