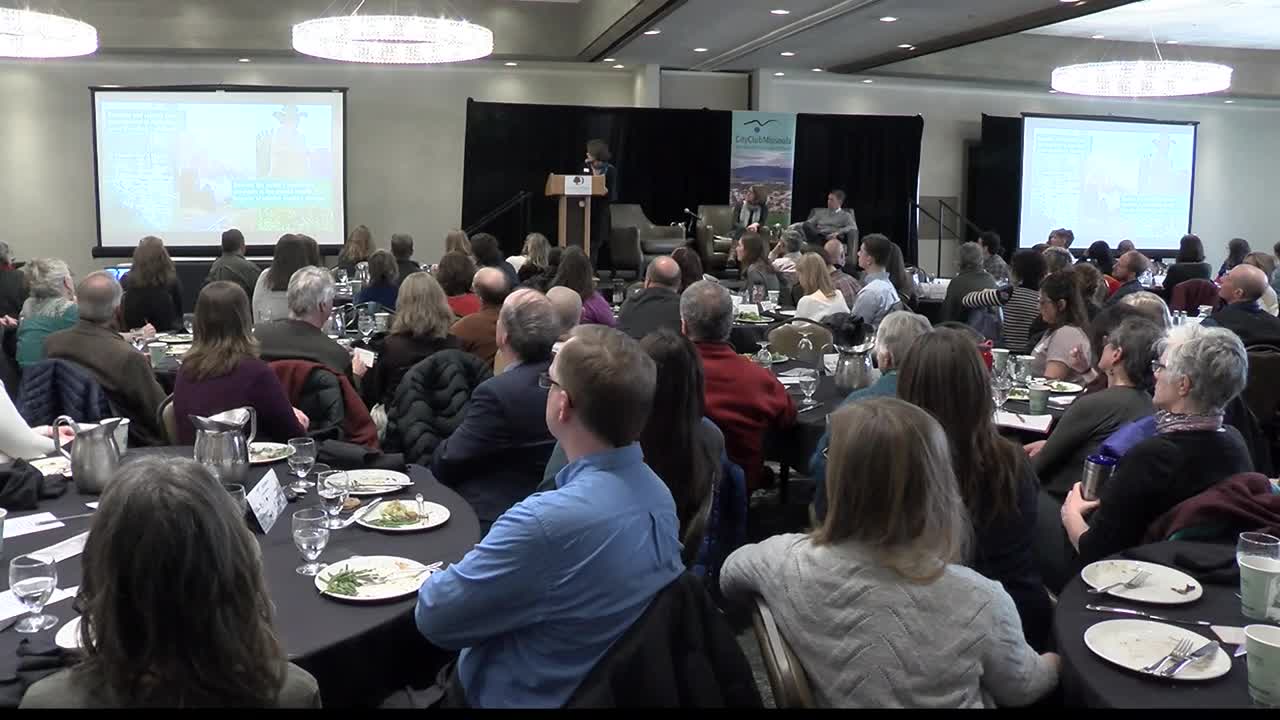 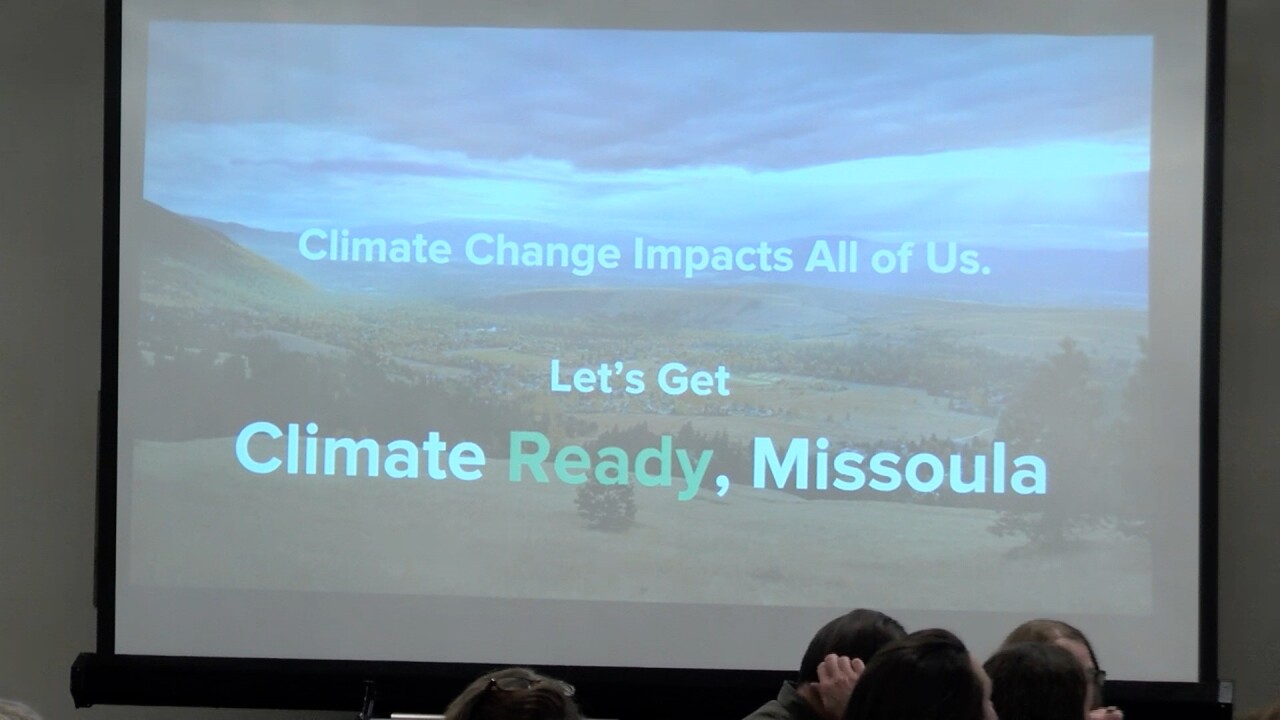 Climate Smart Missoula and Missoula County have spent the last 18 months putting together a plan that's aimed at reducing the area's effects on climate change.

The Missoula Climate Resiliency Plan features a list of areas that are vulnerable to climate change and since the document's draft isn't yet complete, officials are still looking for some community input -- which they say is crucial to finishing the plan.

"We have worked with hundreds of stakeholders and members of the public in the development of this plan but at this point we are putting out what we have come up with and we really need to hear from folks," said Missoula County Energy Conservation and Sustainability coordinator, Dianna Manaeta.

Officials and climate experts unveiled their tentative plan Monday on how to combat climate change on Monday afternoon at the Missoula City Club -- and are looking to receive community input before they begin implementing the plan.

"We have a whole bunch of different vulnerabilities identified given climate, the science behind the climate," Climate Smart Missoula executive director Amy Cilimburg said. "So, who and what is most at risk? And we then have goals and strategies to address those risks."

Missoula’s Climate Resiliency Plan focuses on nine “buckets” -- or areas -- that are crucial to climate mitigation and resiliency efforts. Their website shows the long list of details associated with the resiliency plan that is aimed at keeping Missoula and Western Montana beautiful.

"Still a lot of unanswered questions but this is a great first step in that path," Missoula County Commissioner Dave Strohmaier said.

“The fact ... that it’s a draft and they are asking for feedback is huge, that’s awesome. My only critique is just making sure that that education is going to reach everyone," Carlino said.

Officials believe climate change education needs to reach everyone in the state because of how important the topic is to Big Sky country.

Carlino told MTN News that companies also need to be held accountable when not contributing to climate mitigation efforts to make this plan work. “It's our future at stake our whole agricultural industries at stake, this should be the number one issue for Montanans.”

Maneta and Cilimburg say the county, city, and community have been great to work with and there has been very little push back to their efforts. Now, the public is being encouraged to weigh in on the draft plan at three open houses.