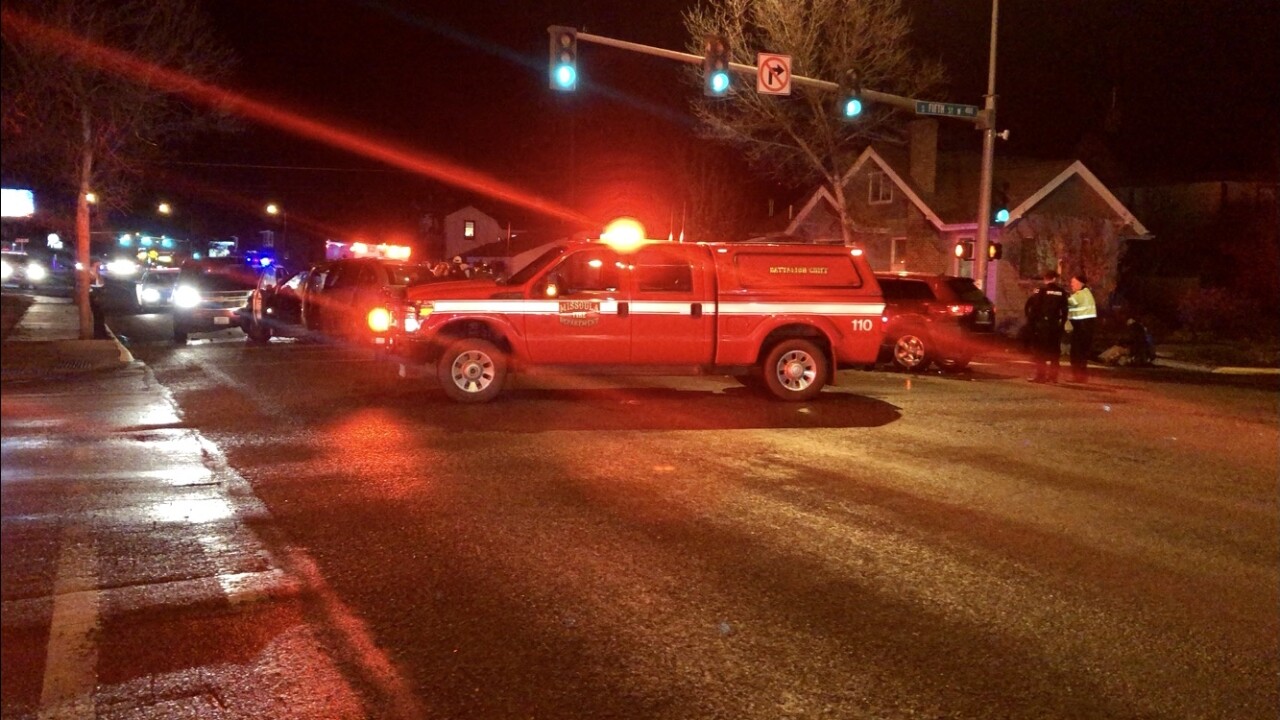 MISSOULA — Orange Street has re-opened after a four car collision shut down the road Friday evening.

The crash happened just before 6:30 at the intersection of Orange and South 5th.

Four vehicles were involved, including a mini-van and an SUV that were hauled away from the scene.

Two drivers were taken to the hospital with not life threatening injuries.

Traffic was diverted for several blocks around the crash scene until the wreckage could be cleared.

CORRECTION: We initially indicated the crash happened Saturday evening. We regret the error.