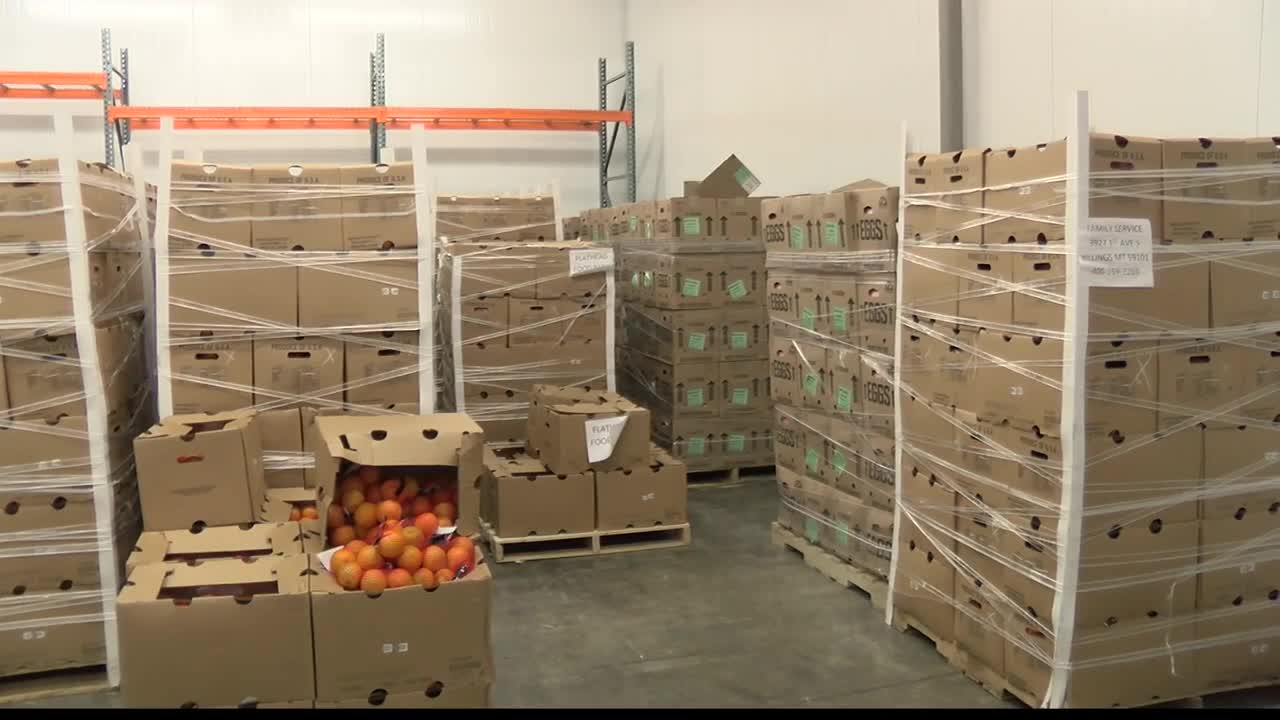 Due to the trade war between the U.S. and China, exports that usually get sent across seas is now being in use for families in need.

To combat the fight against hunger, there are 70 service providers in Montana that use The Emergency Food Assistance Program, according to Brent Weisgram with the Montana Foodbank Network.

Weisgram said, "For a lot of them, in small communities that don't have a lot of resources, it can be their primary source of food that they have available to give out their pantries."

TEFAP is USDA funded, and is receiving a huge boost as part of President Trump’s multi-billion dollar agriculture bailout plan.

Now, food that would go to China, is being sent instead to food banks nationwide which is having a positive impact on a lot of our families that are suffering in the state of Montana.

Weisgram said this year the network is able to distribute over 1 million more pounds of food than last year, to service providers across the state.

And it’s not just more food. Its healthier food.

Weisman said that among the food provided families have access to beef, pork, chicken, fresh produce, and fresh milk. All of which have higher prices in a grocery store as well as things that Montana Food banks haven’t always had access to.

Nearly 1 in 9 Montanans struggle with hunger.

Weisman said that the tariffs are just a reminder that when they have an opportunity to support the TEFAP they will do whatever they can to step up and help the neighbors in need.

To learn more you can go to https://mfbn.org/