'The pain won’t go away': Family of Billings suicide victim talks of loss 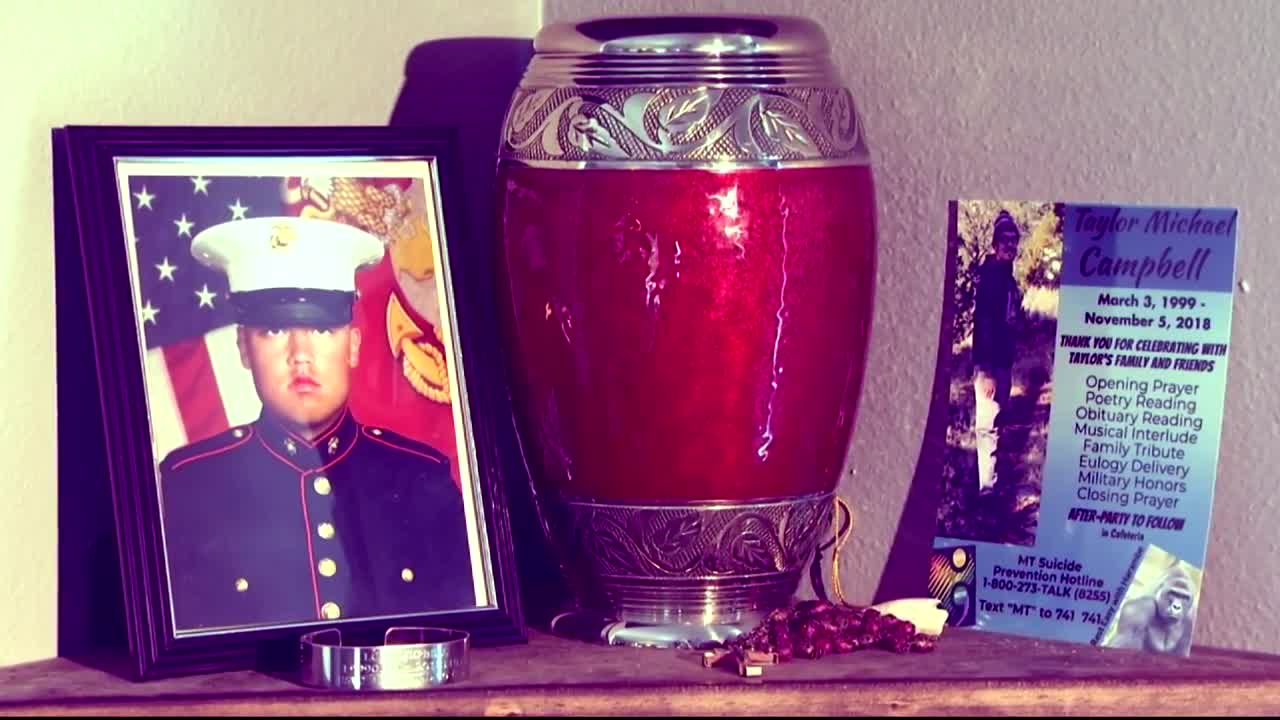 'The pain won’t go away': Family of Billings suicide victim talks of loss

Kymberli and AbiGayle Campbell know the pain of losing a loved one to suicide. Just 10 months ago, their always talkative son and loving brother, 19-year-old Taylor Michael Campbell, completed suicide.

Taylor was Kymberli’s first son, and AbiGayle’s best friend. “It just does not go away… the pain won’t go away, ever,” said Abi.

And that’s why they are stepping up to tell their story in hopes to help prevent other moms, dad, sisters, brothers and loved ones, from feeling that pain.

This year, they will walk for Team Taylor in the American Foundation for Suicide Prevention’s Out of the Darkness Community Walk. The Yellowstone Valley Walk to Fight Suicide is Sunday Sept. 15 at Veteran’s Park in Billings.

In Montana, we hear the statistics on a regular basis. The Big Sky State consistently comes in with the highest suicide rates in the country. The local American Foundation for Suicide Prevention and its volunteers are trying to change that. The group raises funds for research, free community education on risk factors, warning signs, and what to do.

Just part of the education that Kymberli and AbiGayle are determined to communicate.

Taylor was diagnosed with attention deficit disorder and anxiety at a young age. He, his mom and his sister all survived domestic violence. And Kymberli says, her son’s passion for high school football, which resulted in several concussions, only added to his history of scars.

Once he graduated high school, Taylor was on a path with the U.S. Marine Corps. He had completed boot camp and was set to start college as part of his eight-year plan. But as this new Marine was headed to college, Kymberly said Taylor continued to struggle with his history of mental anguish, alcohol, and a recent break up.

Taylor did reach out for help at a Bozeman crisis center. Kymberli, who is a mental health worker in Billings, prefaced her next comment with the fact that there are not enough mental health providers. She said Taylor was assessed, given an appointment six weeks later, and sent home.

“And five days after he made the appointment, is when he passed away,” his mom said.

Taylor added, “It’s probably the hardest thing I’ve ever been through. There’s just certain times I just wish I could talk to my brother."

Both mom and daughter stress that completing suicide is not a selfish act.

“It’s not selfish when they are at that point. They’re just in this tunnel vision. They’re in this dark hole and they cannot see any way out,” said Kymberli.

Despite all the pain, Kymberli and AbiGayle want to share their story. What they want people to hear: Just listen.

“Listen, listen to them, let them talk. Don’t give advice. Sometimes getting it out and feeling truly listened to, sometimes is all it takes,” said Kymberli.

They both say listen first, offer your help, and most importantly let them know you love them. Maybe they won’t talk right then, but they know they can when they’re ready.

”It’s hard to ask for help, so when someone does, don’t make them feel bad about it," said Kymberli. “Maybe it means you pick up the phone and call for help for them.”

If you're interested in the Out of the Darkness Community Walk, click here to register, learn more, or donate.