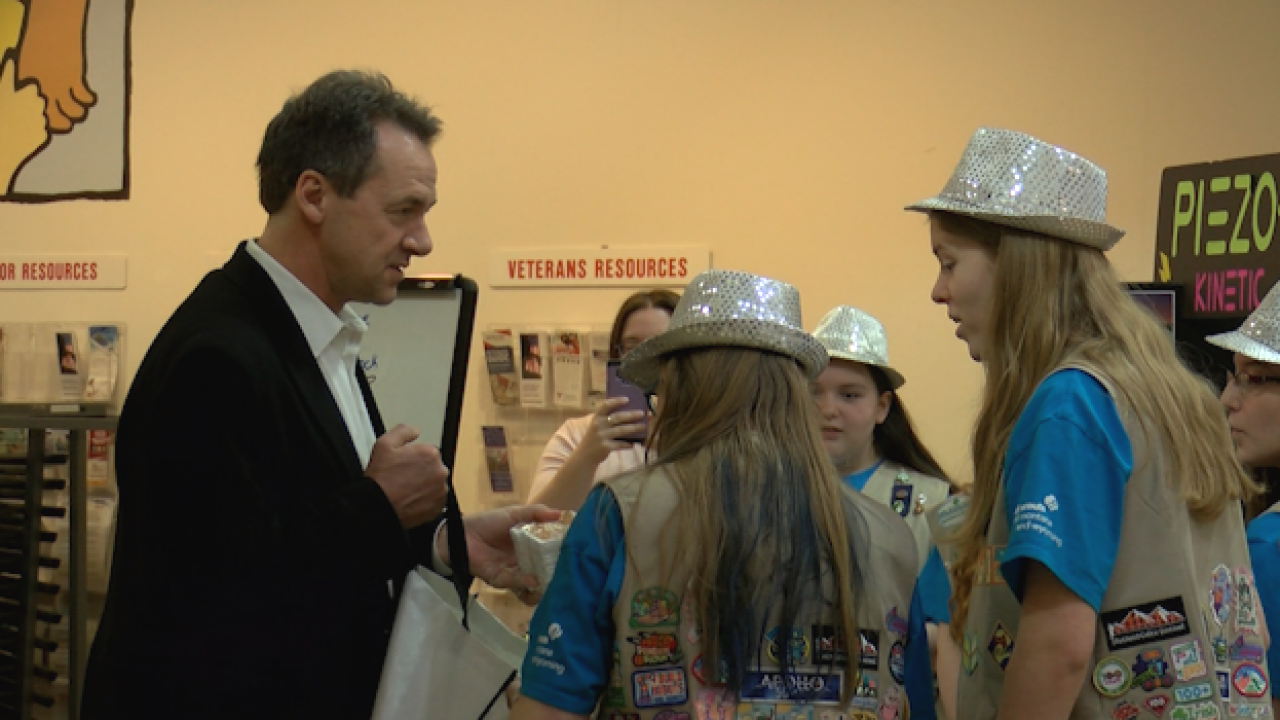 KALISPELL — Five teenage girls in Kalispell who make up the RoboScout Squad which will be representing Montana in the FIRST Lego League World Championship in Houston this April.

Governor Steve Bullock traveled to Kalispell Wednesday afternoon to get a first hand presentation from the RoboScout Squad and said he was impressed with what he saw.

Kalispell’s RoboScout beat out 76 teams in the statewide competition to earn a trip to the world championships. The girls ranging from ages 13-to-15 will compete against 107 teams in Houston including 56 teams from different nations.

RoboScout Squad member and Flathead High School Freshman Katie Eberhardy has been a part of the team since it’s inception three years ago. She added her squad practices weekly and are always making little tweaks to improve the finished product.

“None of it’s easy because most of it’s through trial and error, you try something and it may or may not work but most of the time it wont, and then you make adjustments so that later it does,” said Eberhardy.

Kalispell’s RoboScout Squad are still in need of funds for their trip to Houston.

A total of 20% of sales from MOD Pizza in Kalispell on Sunday will go directly to the girls RoboScout Squad if customers mention they're there to support the team.