Missoula man killed in one vehicle crash south of Hamilton 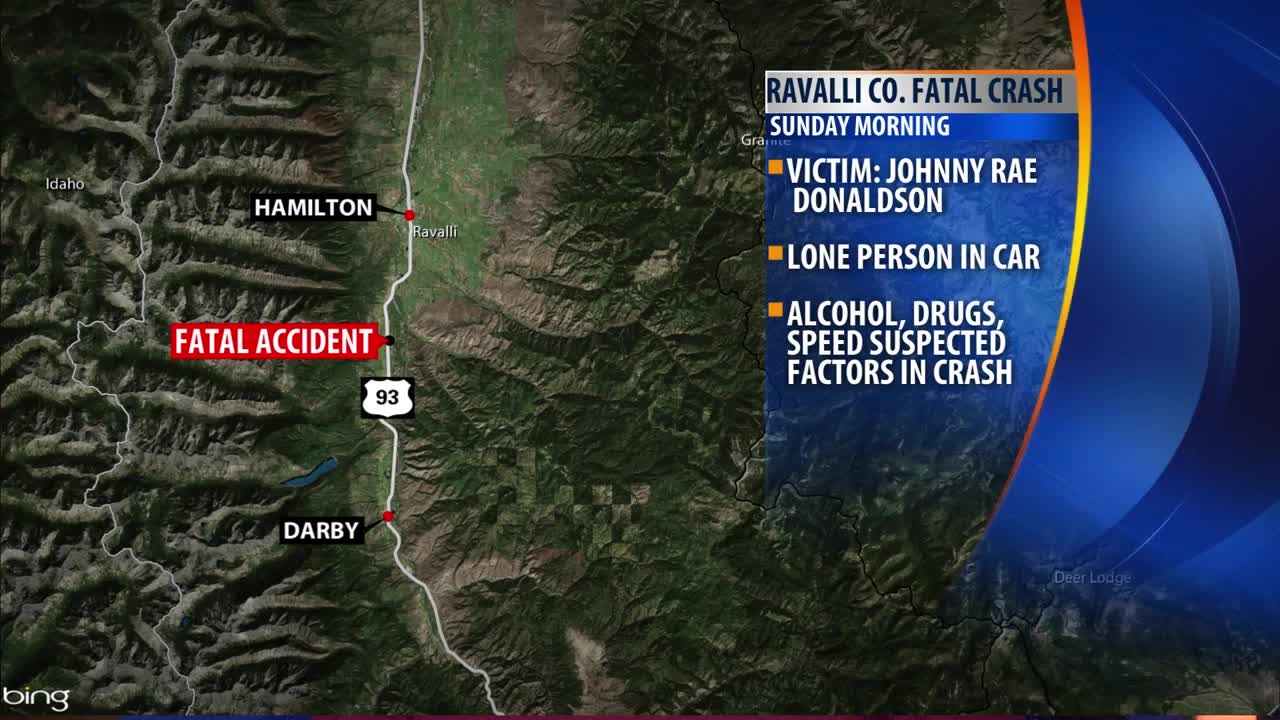 HAMILTON — A Missoula man died in a one vehicle crash south of Hamilton on Sunday morning.

The Montana Highway Patrol reports the single vehicle crash happened Sunday in the 500 block of Highway 93 South, south of Hamilton around 10:40 a.m.

MHP says Donaldson was the lone occupant in the Chevrolet Monte Carlo. He was traveling north on Highway 93, when he lost control of his vehicle, crossed the highway, went off the west edge of the road, and struck a fence.

The car overturned several times, ejecting the driver. Donaldson -- who was not wearing a seat belt -- died on the scene.

MHP reports alcohol, drugs and speed are suspected in this crash. The accident remains under investigation.