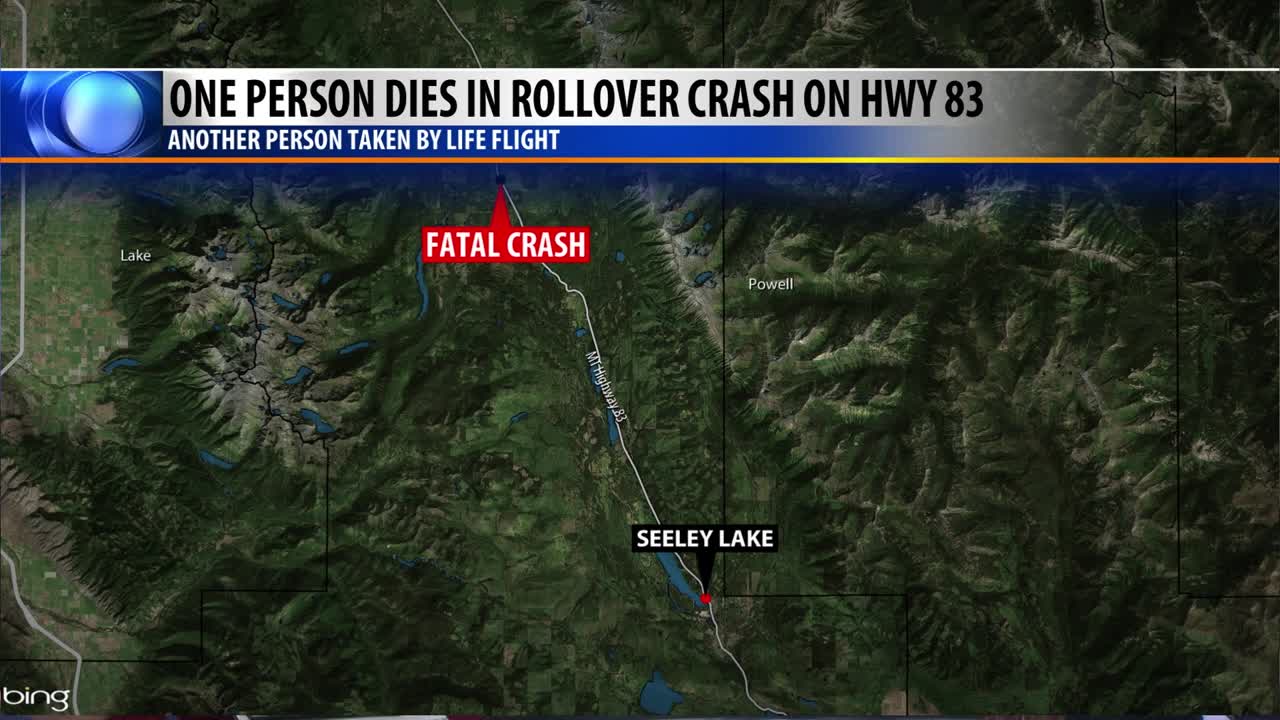 Authorities have released the name of the woman who died in a Friday afternoon accident in the Swan Valley.

Missoula County Sheriff and Coroner TJ McDermott says 29-year-old Melissa Ellis-Munoz, of Columbia Falls died in the crash that happened at around 3:30 p.m. between Seeley Lake and Condon.

Another person in the vehicle was flown to a local hospital following the accident that happened between mile markers 35 and 36.

One person has died and another was injured in a rollover crash north of Seeley Lake Friday afternoon.

The Montana Highway Patrol reports a single-vehicle crash occurred around 3:30 p.m. on Highway 83 between Seeley Lake and Condon. The crash forced traffic to be blocked off between mile markers 35 and 36.

One female died at the scene while a second female was taken by Life Flight to an area hospital. The crash scene has been cleared, but the names of those involved have not yet been released.