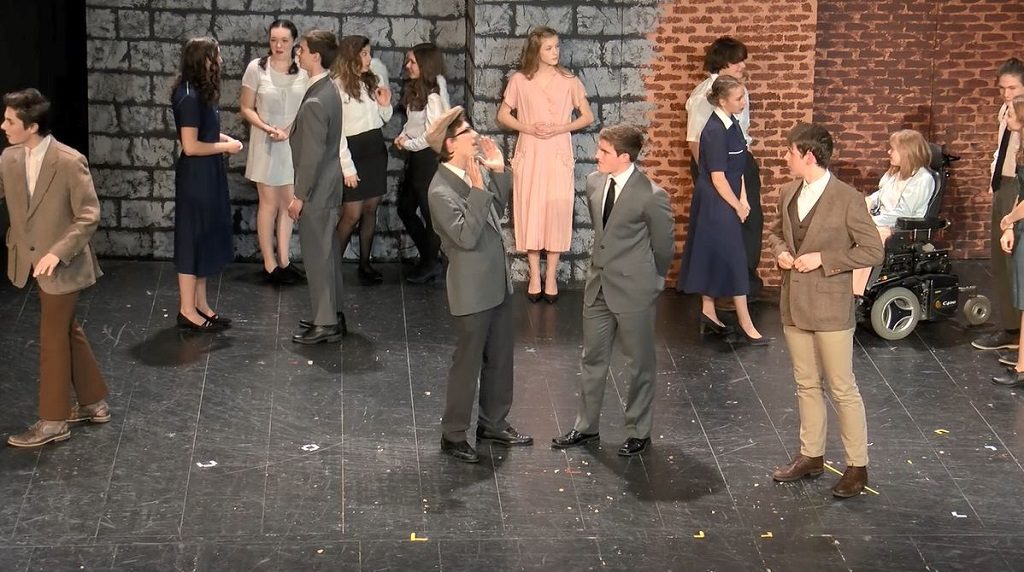 MISSOULA – Sentinel High School drama students are putting on a production of It’s a Wonderful Life at the Hellgate auditorium.

The story follows businessman George Bailey through the holidays as he contemplates ending his life on Christmas Eve. Angels descend to take Bailey on a journey and show him what his town would look like without him.

The movie is regarded as a Christmas classic and was adopted into a play in the 1990’s.

Due to ongoing construction in the Sentinel High School auditorium, the show is being performed in the Hellgate auditorium.

The show will be playing again one last time at 7:30 p.m. on Saturday. Tickets are being sold at the door, and are $6 each.