Firefighters were called to the scene of an unoccupied building along US Highway 93 just south of Buckhouse Bridge shortly before 11 a.m.

Flames could be seen shooting out of the windows of the single-story, log cabin type building and a large plume of smoke rose to the sky.

Firefighters were able to knock down the blaze and prevent it from spreading to a nearby structure. However, the building appeared to have been heavily damaged by the fire.

MRFD reports that the roof the building collapsed as a result of the fire. We’ll have more information as it becomes available. 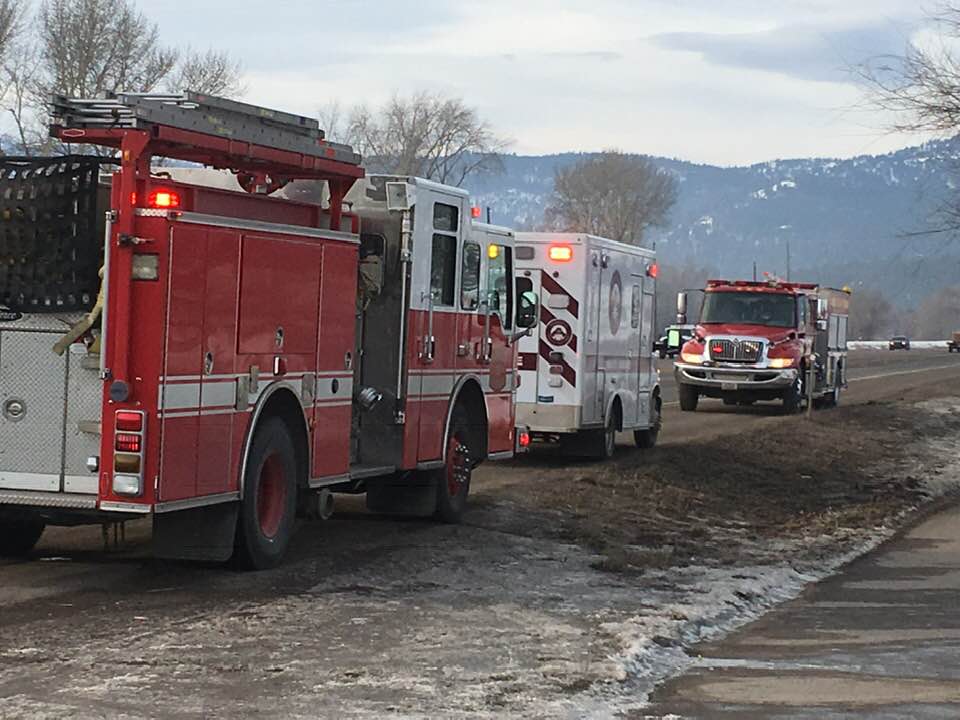