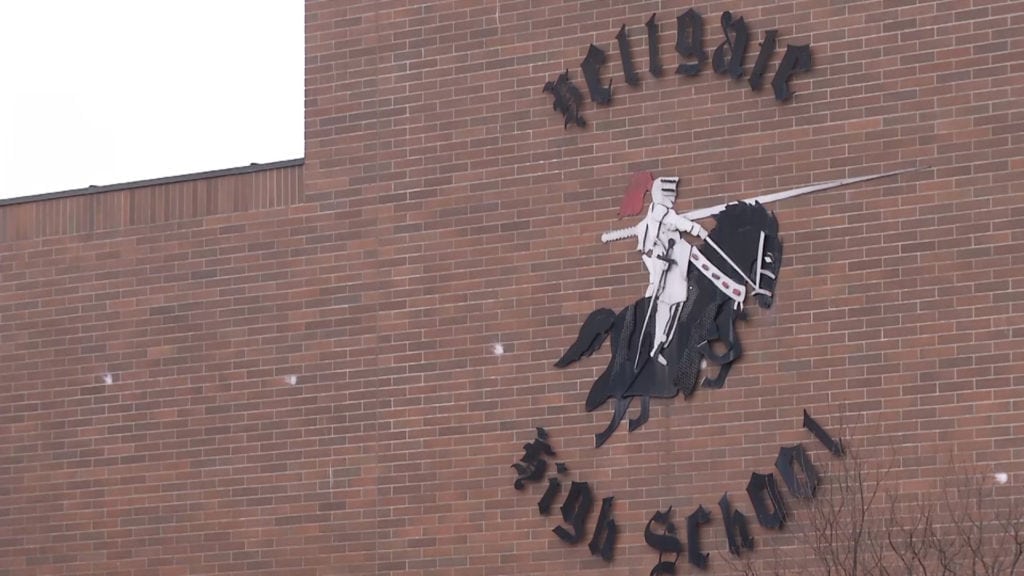 In a letter to parents, Hellgate principal Judson Miller says a staff member reported the hate speech, some unrelated swear words and some drawings of human private parts found on one of the bathroom stalls.

Also counter-points to the hate graffiti was found on the wall.

Judson says the graffiti prompted an investigation, but video surveillance did not determine a suspect.

Judson says the message did not direct a specific threat nor did it indicate an immediate safety risk to Hellgate High School.

The Montana Human Rights Network also says they are aware of a new batch of anti-Semitic fliers that showed up in some Missoula neighborhoods overnight. One depicts the Israeli flag along with an image of President Trump. A resident told us the leaflets turned up around 3rd St. and River Road and in the Fort Missoula area. The Human Rights Network says it’s one of several different fliers like it distributed in Missoula in recent weeks and it is monitoring the situation.

Co-Director of the Montana Human Rights Network and Missoula Rabbi Laurie Franklin have responded to the anti-Semitic literature with the following statement:

“The ugly drumbeat of anti-Semitism is sounding once again, and we have an obligation to speak out. We’d offer three suggestions for our fellow Jewish and non-Jewish Montanans. First, let’s reject the common anti-Semitic myths so we can engage in real problem solving and discussion, not conspiracy-based bluster. Second, let’s recognize that anti-Semitism is fuel for white nationalism, and thus, hurts us all. And third, we call on Montanans to fully be ourselves and to simultaneously welcome all of our neighbors.”