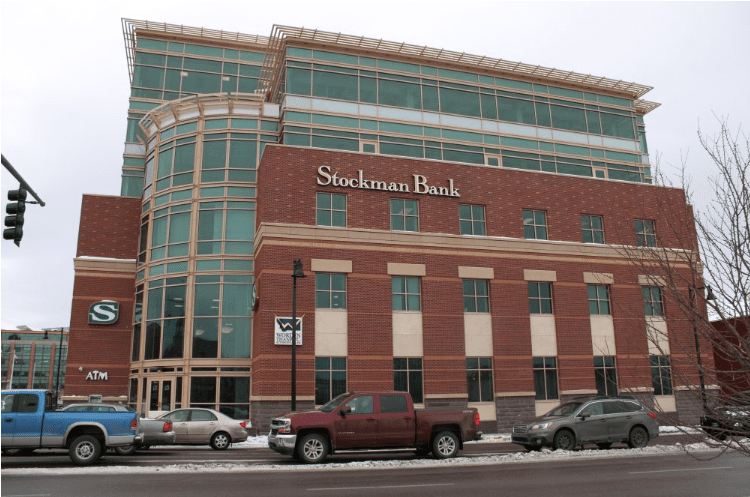 The Missoula City Council approved a reimbursement agreement between Stockman Bank, the city and the Missoula Redevelopment Agency on Wednesday for the bank’s costs of deconstruction and right-of-way improvements at its new downtown building.

Located on the corner of Orange Street and West Broadway in the Riverfront Triangle Urban Renewal District, the new Stockman Bank completed its piece of the agreement in February after certain improvements were made.

At Wednesday’s committee meeting, City Council members approved the $1,529,318 reimbursement by a vote of 9-1, moving it for further discussion at Monday night’s regular meeting.

“TIF funding can only be spent on certain things. Basically, the buzzword is public benefit,” said Ellen Buchanan, director of the Missoula Redevelopment Agency. “The public benefit in this particular project is that the buildings that were taken down were deconstructed, not demolished. Everything that could be salvaged was salvaged.”

Councilman Bryan von Lossberg said that small improvements around a project can benefit a city center in the long run. While recently visiting Washington, D.C., von Lossberg saw an alleyway used as an access point for local businesses after utility lines were moved underground.

“When we make these investments in undergrounding utilities and clearing some of those areas, we open up economic development opportunities and pedestrian-access opportunities that otherwise wouldn’t be there,” he said.

Construction of the new bank building started in 2017 and includes six stories and 68,000 square feet. A parking structure is also attached to the building, as well as two floors open for tenant lease space. Several years ago, downtown Missoula didn’t have high-end office space, and banks like Stockman and First Interstate have provided that. Parking structures provided by the banks are also beneficial.

The first Urban Renewal District was the Downtown District, and ran from around 1980 to 2005. During that period, more than $20 million in TIF money was reinvested in the district and generated over $200 million in other investments, Buchanan said.

That included building renovations, paving alleyways and removing 30,000 cubic yards of trash off the Riverfront Triangle.

“It’s an amazing tool,” she said. “Downtown Missoula would not be what it is today if it hadn’t been for the MRA and TIF funding.”

The reimbursement agreement now moves to Monday night’s City Council meeting. If approved, the money could be reimbursed to the bank this month.