MISSOULA – One Missoula woman was left alone after her brother, mother and father all passed away from cancer.

However, before they left this Earth, they paved a path to help others in similar situations.

Reporter Lauren Heiser spent the last month getting to know this family’s story and the incredible legacy they’ve left for others.

Laurence and Debbie Ginnings met in a class in 1972 at the University of Montana.

Larry asked Deb out on their first date in the old library and six months later, they were living together and from then on they never left each other side.

The couple married in their home and later had two children, Noah and Liza. Their home was filled with laughter and music. 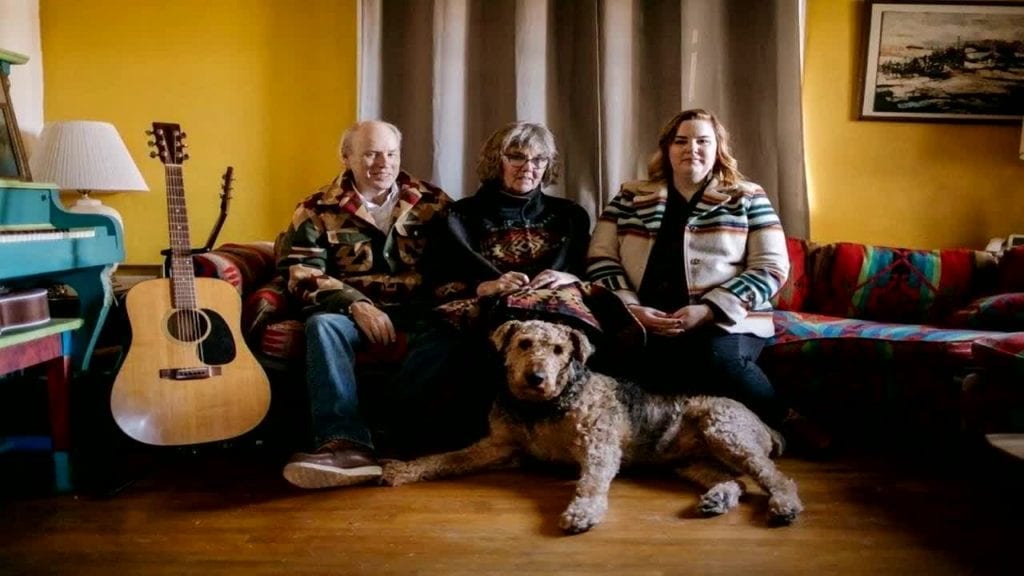 Deb was a painter and a loving mother while Larry was a lawyer and a musician.

“He said, ‘I grew up in a house where it was more important to play a song than it was to do the dishes.’ And to this day there are a number of dirty dishes,” Liza recalled. “And there are record players there are guitars and pianos all over the house.”

In their 46 years together they fought cancer three times. Once for their son Noah, once for Larry, and once for Deb. The disease killed all three of them.

Noah was diagnosed with brain cancer in 2000 and received treatment on and off for seven years.

Month after month Deb sat at their kitchen table surrounded by bills. The family paid $8,000 a month up front to keep up with Noah’s treatments.

Deb spent hours each day on the phone fighting the insurance companies desperate to be paid back before the next refill. It became her full-time job.

Charlie Cromwell was one of Noah’s best-friends and a law student at the University of Montana.

In an effort to help his friends family, he drafted new legal language and proposed it to his professor, David Aronofsky, and to Montana legislators.

The new language would change the law to make it so that patients would only have to pay their co-pay up front.

Drug company lobbyists fought the bill at first until the wording was changed slightly and the rule was worked into a general housekeeping bill.

It was later signed by then-Governor Brian Schweitzer. At that point, even the lobbyists had to admit that the new standard made sense.

“That is but one legacy of the Ginnings family,” said Cromwell. “They were such loving, and generous, and caring people.”

“Clearly, it is unfair what has happened to them, but they have helped so many others by one on one being there and even in their times of despair and need they were always incredibly generous with their time,” he added.

Noah stopped treatment in 2008 and graduated from the University of Montana in a ceremony for one — and then he died shortly after on November 20 at the age of 26.

The bill written in his honor didn’t pass until after Noah died, but it has since helped many people in Montana.

Liza’s 27th birthday felt like a milestone. It was a birthday her brother never got to celebrate and she saw it as a new beginning. However, that happiness was short lived.

One month after Liza’s birthday her mother was diagnosed with AML, a kind of leukemia. Not long Deb’s first surgery, Larry found that he had Stage Four metastatic cancer.

Liza watched as cancer overtook each of her family members differently — Noah and Debbie’s cancers progressed slowly but Larry’s was quick.

“My dad’s doctor said anybody else would have died in August and that he was living on love and will power alone,” Liza said. “And that was kind of cool. It made him feel really powerful.”

Despite the pain he was in, Larry played music with his band for as long as he could.

Meanwhile, as both of them fought with the disease, the legislation that passed all those years before in honor of their son was now helping to make their fight more financially manageable.

Larry died on December 2, 2018 — ten years and one week after Noah. Then shortly after Christmas, Deb was placed into hospice care.

For the third time, Liza watched as a loved one prepared to die in the home where she had grown up. Deb passed away on February 15, 2019, she died.

The walls she had planned to paint lay bare but the family piano she painted green, red, gold, and blue and a chair she had once covered in paper mache still sit where they have always been.

With the last of her immediate family gone Liza says she’s comforted by the legacy created for her family by the legislation that helped so many people — including her parents.

“We never sat down in the face a tragedy and like took it. it was like, ‘ok this sucks how do we make this less awful for the next person’,” Liza said.

She told MTN News that her friends and extended family are rallying around her to make sure that she does not feel alone.