MISSOULA – The homelessness conversation continues as Missoula business owners raise concerns over drugs, loitering and public urination outside their storefronts.

Business owners and residents spoke up at Monday’s Missoula City Council meeting about possible strategies to help the growing group of homeless people outside the Poverello Center.

Business owners in the area of the homeless shelter are bothered by some issues that are becoming more common outside their doors — including drugs, theft and loitering.

The homeless shelter is responding to the concerns and performed a community cleanup of the area and business owners have also noticed extra police patrols in the area.

However, area businesses are looking for solution-based answers as concerns continue over the cleanliness and crime along West Broadway in the area of the Poverello Center. 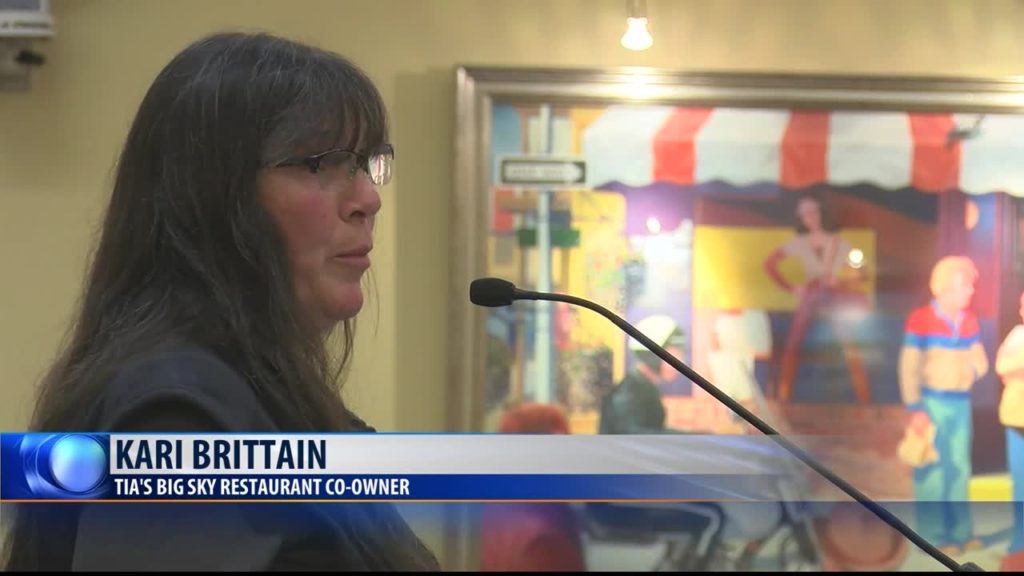 “I just want to make sure it’s not a one-time deal. That this is being taken care of. It should be an ongoing resolution and it’s something we all need to work on,” Tia’s Big Sky Restaurant co-owner Kari Brittian said. “I just went through Portland and it was kind the same thing. Very sad. I really don’t want to see Missoula fall into that situation where there’s tents popping up on sidewalks,” she added.

“Those who don’t have the privilege of reliable housing also can find themselves without a place to use the restroom. And in turn, it is not uncommon to answer natures call in public areas,” another speaker commented. “If Missoulians are frustrated by this fact, it is a sign we need more public restrooms and waste disposale sights around the city.

This is an ongoing discussion and conversation among various different groups in Missoula about how to address the issue.

The tone of Monday evening’s meeting was mostly positive with area residents and business owners pushing for major changes to address and help the growing homeless population in Missoula.