MISSOULA – Lions, tigers, and bears took over the streets of Missoula for the “Wild Walk” over the weekend to celebrate the annual International Wildlife Film festival in Missoula.

MTN News caught up with some filmmakers to hear about their experiences so far in Missoula.

Before the screenings began people participated in the Wild Walk to celebrate their love of nature — and of the historic theater.

The community comes out and likes shows up so so, and such a huge way. And we kind of ride the wave that the Roxy has carved out for us,” Roxy Art Director Carrie Richer said. 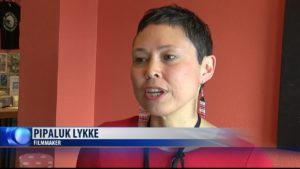 One group of filmmakers came all the way from Greenland to have their film shown and said they were impressed with the cities excitement for education.

The whole idea of having a festival that is slowly introducing or telling stories about wildlife is quite wonderful,” filmmaker Pipaluk Iykke observed.

“And we were so lucky that we were here on the first day of the festival with the wild walk and we saw how children and youth and families celebrated wildlife.”

The crew produced a film about the rich culture of sled dog racing.