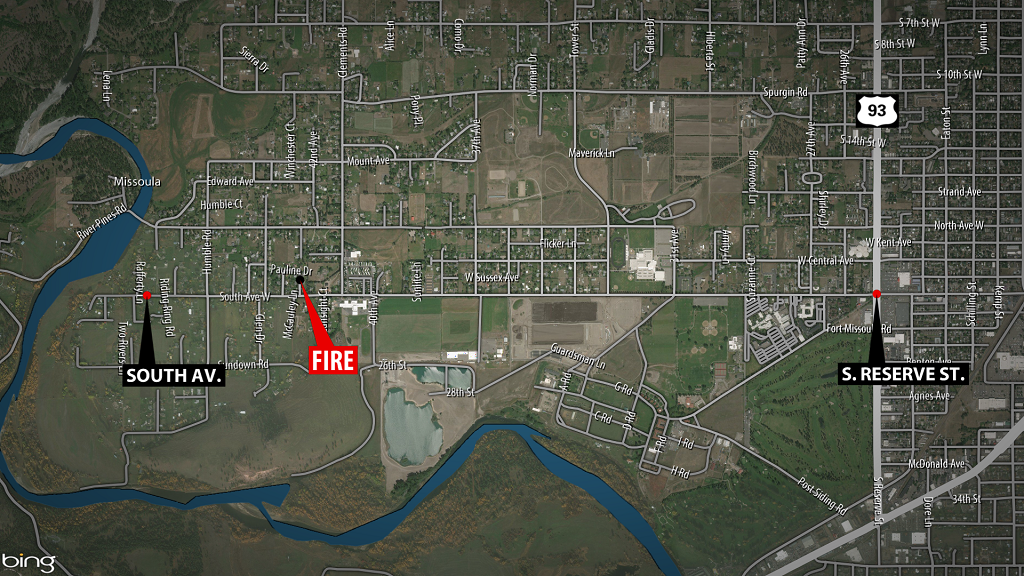 MISSOULA – Fire crews managed to knock down a Sunday morning blaze in Missoula.

The Missoula Rural Fire District was called out to reports of a structure fire in the 2300 block of Pauline Drive.

Quick work by the initial arriving crew allowed firefighters to rapidly knock down a fire that was in the kitchen and extending to the attic area, according to Finlay.

Nobody was home when the fire broke out and the cause the blaze is still under investigation.

Finlay says the home suffered a  significant amount of heat and smoke damage occurred as a result of the fire burning an extended period of time before being noticed and called in by neighbors.