MISSOULA –  A Missing Endangered Person Advisory has been issued for Mykenzie George, a 15-year-old female who is believed to be suicidal and requires medication for depression.

Mykenzie was last seen at 11 p.m. on June 3, 2019, in Missoula wearing an Italian flag T-shirt and grey leggings. She is possibly en route to Kellogg, Idaho.

MyKenzie is described as a white female, who is 5’4″ tall she weighs 158. She has blue eyes and blonde hair.

Anyone with information about MyKenzie’s whereabouts is asked to contact the Missoula Police Department at (406) 552-6300 or 911. 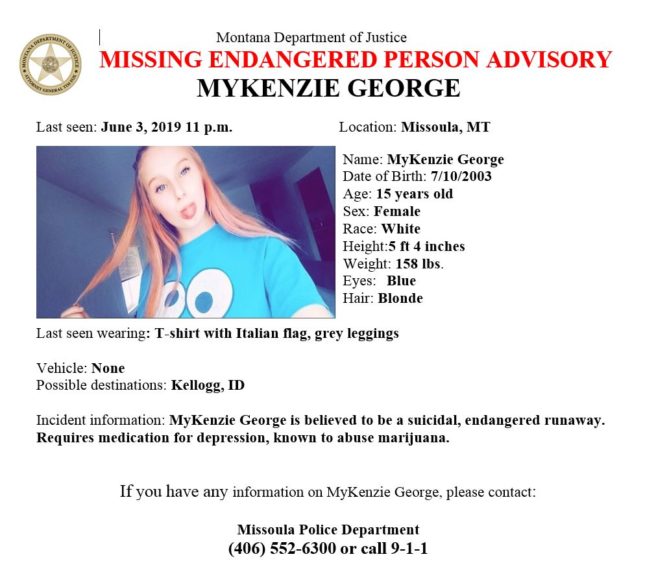