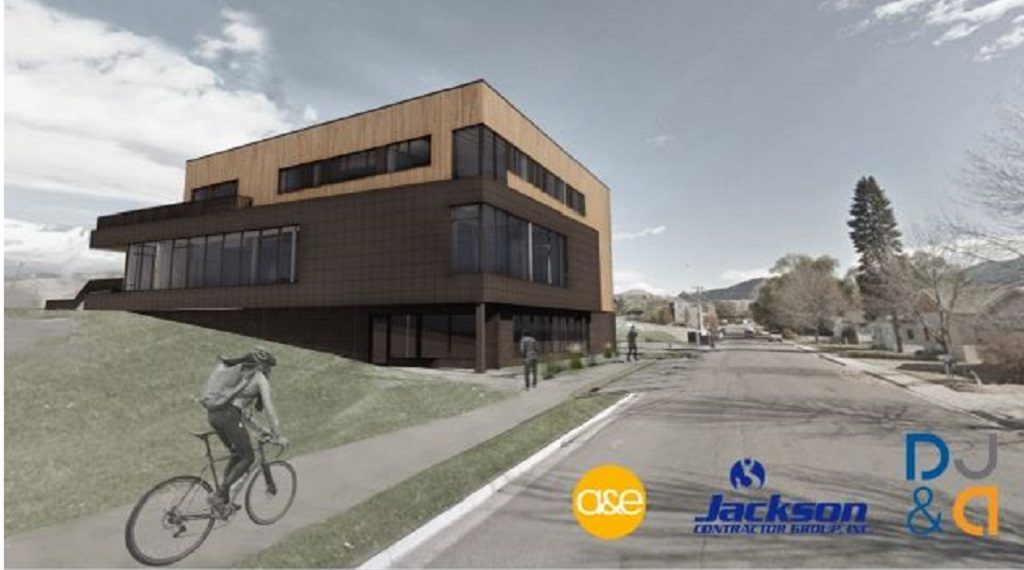 MISSOULA – Two weeks after announcing its plans to break ground on a $5.8 million office building and restaurant in Missoula’s new opportunity zone on West Broadway, the firm behind the project will celebrate with a groundbreaking on Monday.

Broadway Opportunity Fund plans to construct the building on 1.5 acres at 2000 Maple Street to serve as the future home of DJ&A. The larger 6.5-acre parcel was purchased by Engineer Support Services LLC in 2017 and also is expected to be redeveloped.

“Our community’s planning, programs and public investment help give confidence to companies like DJ&A who are investing in redeveloping the West Broadway corridor,” Missoula Mayor John Engen said in a statement. “In doing so, (they’re) creating jobs and opportunities and prosperity in our community.”

The building will include 24,000 square feet on three floors. A restaurant and small leased office will also be part of the new structure.

Those behind the project believe it will serve as a catalyst for future development within Urban Renewal District II, which spans portions of the West Broadway corridor.

The Missoula Redevelopment Agency last month approved $301,000 in tax increment financing for the project to make public improvements to the right of way and help bring modern sewer and power to the property.

MRA suggested a second project could follow soon on the corner of Broadway and Maple and the improvements will benefit that and future additions.

“DJ&A and our employees are proud to be pioneers in this effort by developing our new headquarters in Missoula’s Opportunity Zone and hope that many others will follow suit,” said DJ&A president Christopher Anderson.

The property sits in the newly created opportunity zone created by the 2017 Tax Cuts and Jobs Act. Combined with tax increment provided from the district, the area is expected to attract significant redevelopment in coming years.

“The fact you have tax increment financing assistance available out here, and you’ve got that opportunity zone, I think we’re going to see some major changes along there,” MRA Director Ellen Buchanan said last month.

Engen also sees a new future for the corridor.

“It’s gratifying to see a local company make bold, bright investments in their future and the future of Missoula,” Engen said. “I’m grateful for the vision DJ&A is demonstrating and its commitment to the economic vitality of this great city.”

The groundbreaking ceremony is planned for Monday, June 10 at 11:30 a.m. The ceremony will take place on the southeast corner of 1900 W. Broadway.