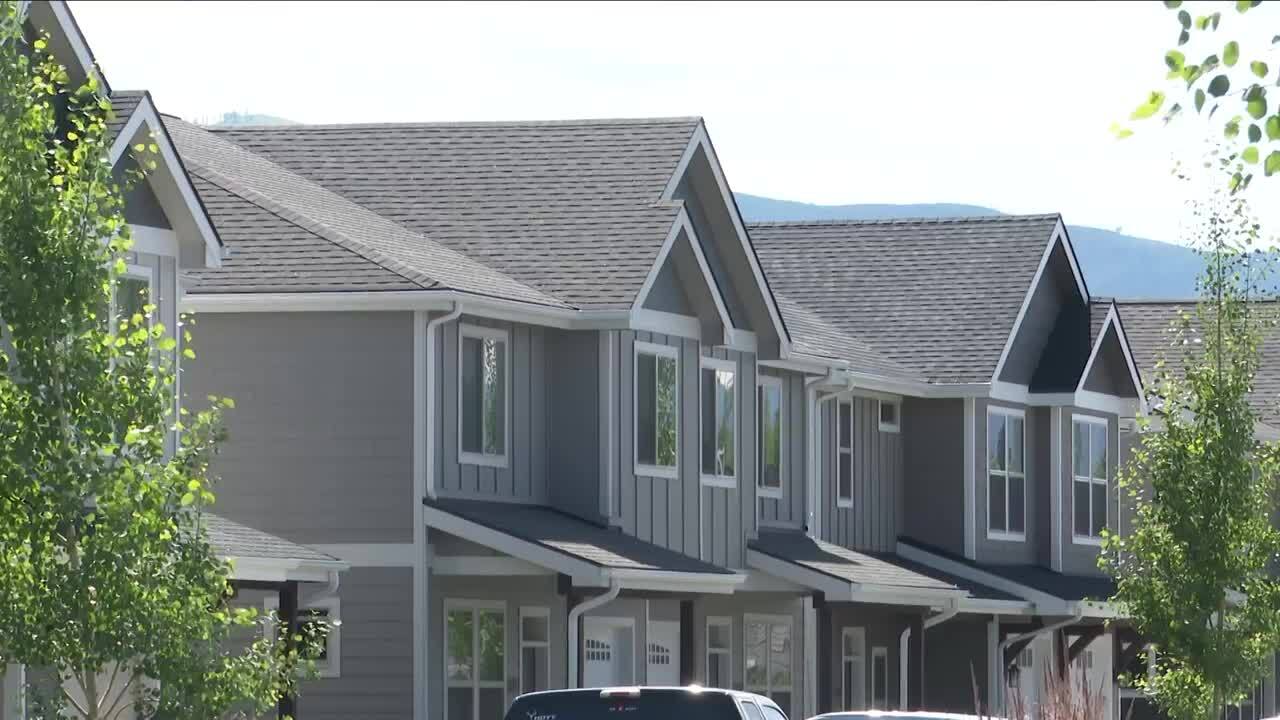 MTN News
The Missoula City Council adopted a resolution on July 20, 2020, that will create a trust fund for subsidized and affordable housing in the city.

MISSOULA — In its budget request for the new fiscal year, the Office of Housing and Community Development is seeking $75,000 to fund a mobile crisis response unit and $750,000 to seed the affordable housing trust fund.

The latter amount is nearly seven times more than what was listed in a resolution adopted last week by the Missoula City Council, which called for an annual contribution from the general fund of no less than $100,000.

“We’ve programmed that $750,000 for Fiscal Year ’21 and are committed to that,” Engen said. “My hope is that, depending on what we see from the Department of Revenue and further guidance from the state with regard to CARES Act distributions, that we can increase that contribution.”

Missoula’s recently adopted housing policy directs the city to meet the needs of a growing and diverse population by ensuring that a sufficient supply of housing exists across all income levels.

One of the tools within the policy calls for the creation of an affordable housing trust fund, which the City Council adopted last week on a 9-2 vote. Advocates see the fund as a tool to pay for permanently affordable housing and other housing support measures.

“This will enable the fund to begin operations and fund essential housing programs, as well as demonstrate the city’s commitment to investing and solving our affordable housing problems,” said Montana James with the Office of Housing and Community Development. “With this influx of funds, we’ll be able to seed the fund for some basic programs and hire an affordable housing trust fund administrator.”

James said hiring an administrator is key to operating the fund. The new position would administer the program’s policies and procedures, oversee a proposed citizen’s advisory committee and measure outcomes over time.

The ordinance guiding the housing trust fund caps administrative uses of the fund at 8% in any given year.

“This Year One investment is really essential to the fund’s ability to get started and succeed,” James said. “Investing in the affordable housing trust fund at this level in FY21 will have immediate impacts in our community.”

Opponents of the trust fund view it as a tool to divert taxes from other city services. They also believe property owners are being forced to subsidize housing. Increasing property taxes, they contend, will force more people to seek support from the trust fund, thereby creating a system of dependence.

But some supporters have urged the city to “defund the policy” and redirect that revenue into the housing trust fund and other social programs. Supports on the City Council also believe the trust fund will leverage around $6 for every $1 contributed by the city.

Others have urged City Council to fully capitalize the trust fund in its first year with an allocation of $10 million.

Eran Pehan, director of the Office of Housing and Community Development, said capitalizing the fund at that level in the first year would present some challenges. Among them, the number of qualifying projects are limited given the lack of developers willing to build subsidized and permanently affordable housing.

The Missoula Redevelopment Agency has already contributed $1.3 million in tax increment to the fund this year. An additional $750,000 contribution from the general fund would place nearly $2 million into the trust fund, not counting recent purchases by the city made with housing in mind, including a $6.6 million land deal on Scott Street and $1.1 million spent on the Sleepy Inn.

Combined with other affordable housing programs in the works, it adds up to around $9 million.

“That definitely is reaching the higher end of what we’d be able to get out the door in eligible projects on an annual basis,” said Pehan. “If we had a fully capitalized $10 million fund, we are limited in the projects that come forth that would meet the eligibility requirements of the affordable housing trust fund.”

At the same time, Pehan said, fully capitalizing the fund upfront at the $10 million level would bring some benefits as well. Doing so would enable the city to be more selective on what funds it loans versus the funds it grants, ensuring that it always has a pool of funds available.

“Having a more capitalized fund would also allow us to be poised to jump on opportunities that might present themselves, whether that’s land banking or just being able to capitalize on something that falls on our doorstep,” Pehan said. “Capitalizing the fund doesn’t need to happen in Year One. We would be hopeful within the first three years we could see that happen.”

The Office of Housing and Community Development also is seeking $75,000 in next year’s budget to support the creation of a mobile crisis team. The team would “enhance the response to crisis incidents by using a multi-disciplinary team approach when there’s not a public safety issue at hand.”

“Through this team approach, the mobile crisis team will provide a better initial level of care and reduce the need for law enforcement response to these incidents,” Pehan said.