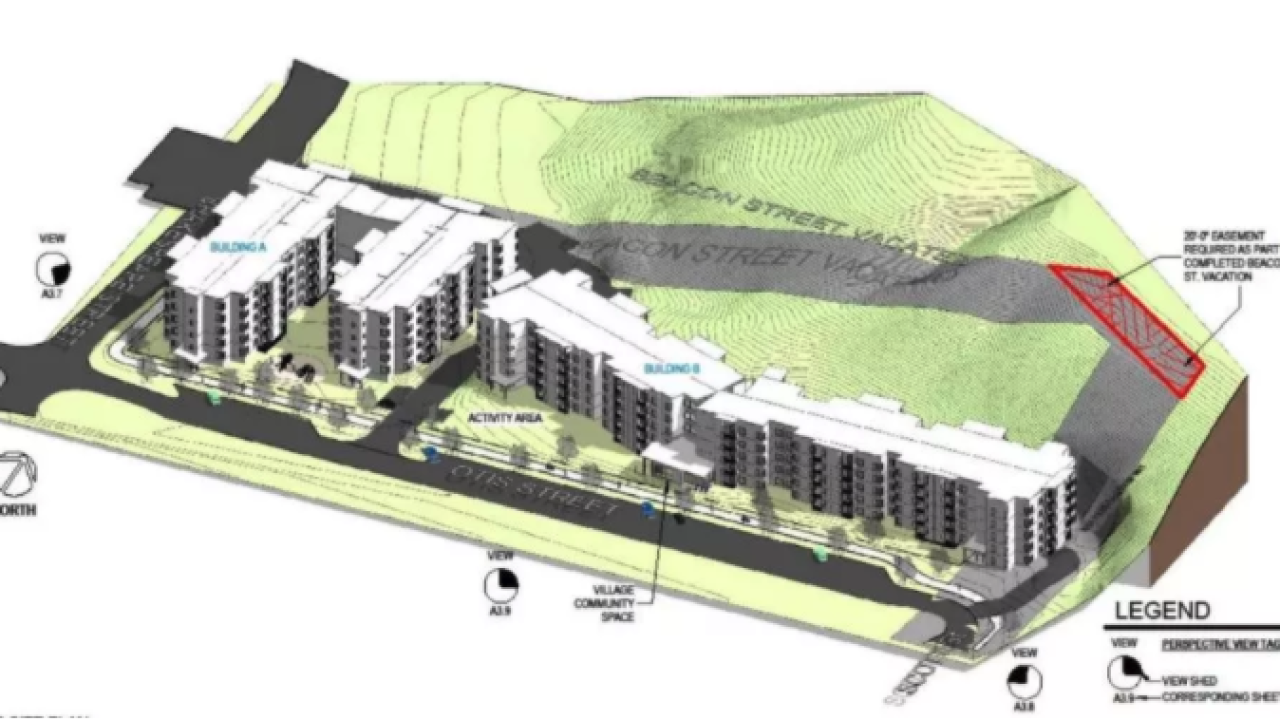 MISSOULA — One of the largest affordable housing projects planned for Missoula won the unanimous approval of the City Board of Adjustments this week, moving it one step closer to becoming a reality.

The board approved a height variance and permitted some encroachment beyond the required setback – two limitations that could have blocked the $54 million project.

“The increased height allowance will not impact the surrounding properties due to the steepness and proximity to the slopes and the way the buildings would be oriented,” said city planner Emily Gluckin. “It’s the minimum variance required in order to accommodate the 200 units proposed.”

The push for 200 units strike’s at the project’s complexities and the challenges of financing affordable housing in Missoula – and keeping them affordable after development costs are factored in.

Jennifer Clary, the principal architect with Encompass Design, said the project is funded by 4% Low Income Housing Tax Credits, non-competitive bonds and other funding sources.
“We went this route because it’s less competitive than the 9% credit in the state of Montana,” Clary said. “That’s a very complex tax credit and it’s not a sure thing, and if you ask some folks around the state, they’d say Missoula has had its fair share of the 9% credit. We didn’t want to compete.”

Project backers, including the Missoula Housing Authority which will develop and manage the property, said Montana lacks the soft funding sources needed to build a capital stack project of any size for affordable housing.

Other regional states do have the funding sources, including Colorado, largely because they have a larger tax base and more tax revenue.

“You can’t use 4% in Montana unless you get this scale of a project,” said Lori Davidson, executive director of the Missoula Housing Authority. “The rents are too low, the construction costs are too high. You must have enough units where you can collect enough rent to pay the debt service on the project.”

Villagio is expected to open in 2022 and will offer rents at roughly half the Area Median Income and include 32 rental vouchers. The development is expected to house 769 people in 200 units, each offering multiple bedrooms.

“At one point, we were only going to have 24 vouchers there, but to make this feasible, we had to increase that number to 32,” said Davidson. “We’re happy to do that, but we have to be judicious in the way we allocate vouchers to projects. The vouchers are critical to the affordability of the project, as well as the 4% tax credits and bond financing, and the other sources of soft money we have access to.”

The development sits at the corner of Otis, Shakespeare and Scott streets and is neighbored by multi-family housing, an open field and cemetery. The rest of the area remains largely undeveloped, though some residences lie to the east.

One of those residents expressed concern over his future new neighbor, saying the area’s history as a recreational spot for motorbikes and dog walkers made it inappropriate for housing.

“Having 200 apartments that fit nearly 800 people will increase the traffic going to the end of Scott street around to Otis so much it will be constant traffic back in this residential area,” said Steve Finley. “With that amount of increased population back there, we’re going to have clogged streets here with bumper to bumper cars parked along the streets now, which won’t leave room for current residents.”

The project includes 174 underground parking spaces, along with other parking spaces planned with the development. Project backers said other issues will be mitigated to lessen its impact on neighbors.

“If we could go out and find a perfectly vacant rectangle unit in Missoula to fit 200 units we would,” said Clary. “If this project were easy, others would have done it. We don’t have anything like this in Missoula because it’s not easy and there’s no perfect space to put it.”