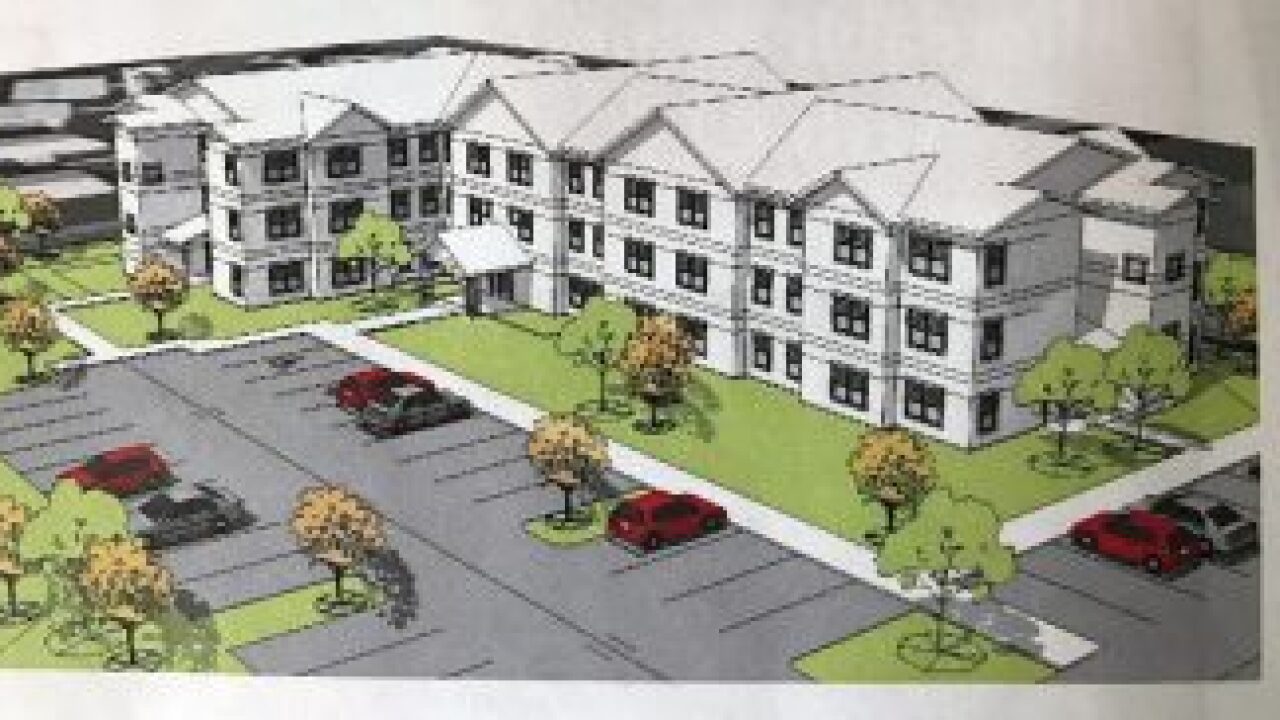 MISSOULA — An affordable senior housing project in Missoula moved one step closer to reality late Monday when it was selected from a field of applicants for funding by the Montana Board of Housing.

But the Skyview development is still seeking approval from the Missoula City Council, where several members have lamented the project’s location, even as they agree with the need for affordable housing.

Alex Burkhalter of Housing Solutions LLC has said the 32-unit project was contingent upon receipt of state funding. It was one of just six projects awarded a combined total of $41 million in federal housing tax credits at Monday’s hearing.

“We were awarded the 9% tax credits, which is a huge boon for any type of affordable housing that’s new,” said City Council member Gwen Jones, who spoke in support of the project at Monday’s hearing in Helena. “It went well and was awarded.”

Federal housing tax credits are both limited and highly competitive. The Montana Board of Housing accepted 17 letters of intent this year and selected only eight. Funding was then awarded to six, including the Missoula project.

The credits allow developers to borrow less money for construction, then pass the savings on to residents through lower rent. Housing tax credits are the primary source of funding for affordable housing development in the nation, according to the Montana Board of Housing.

While Burkhalter wasn’t available for comment Tuesday morning, he stated the project’s need at a City Council hearing in mid-October.

Jones couldn’t discuss the project due to the pending vote on rezoning in City Council. But as the council’s liaison with Missoula Aging Services and its board of directors, she said the need for affordable senior housing is high.

The city’s new housing policy notes the benefits of the 9% tax credits, calling them “unmatched in their ability to provide deep rental subsidies that can target households most in need.” That need includes senior housing.

“There’s a huge need,” said Jones. “They get calls just about every day from people who are seniors trying to find housing. It’s a constant issue. I’ve delivered Meals on Wheels for several years now, and there’s some absolutely horrible living conditions out there.”

If approved, the Skyview project would include 36 units of affordable housing on 9th Street, roughly three blocks off Reserve Street. While similar projects can be found in the area, 9th Street is currently comprised of one-level single-family homes on a dead-end road.

In the past, that has led some council members and area residents to suggest the project doesn’t fit the neighborhood. The property is located in Ward 6 and is zoned as “residential high density” in the city’s growth policy.

“We have no three-story buildings in this neighborhood now, and to get the density they’re proposing, they would have to go up,” project opponent Malcolm Lowe said in July. “Our viewshed would be impacted and certainly traffic would be impacted.”

Despite the debate over location, advocates of senior housing believe the project is highly needed, just as is true in other Montana communities.

Nearly one in five U.S. citizens will turn 65 or older by 2050, though the Baby Boomer bulge won’t be equally distributed. Montana will be among a handful of states with an older population – nearly 20 percent of all residents, according to national statistics.

Affordable senior housing is expected to be a challenge across the state as the population ages.

“The state of Montana limits how much of this funding can go to any one project in any one year,” Burkhalter said. “We’ve got the most number of units we can get with the funding they have per project.”

The project is expected to go to the City Council’s Land Use and Planning Committee next week.