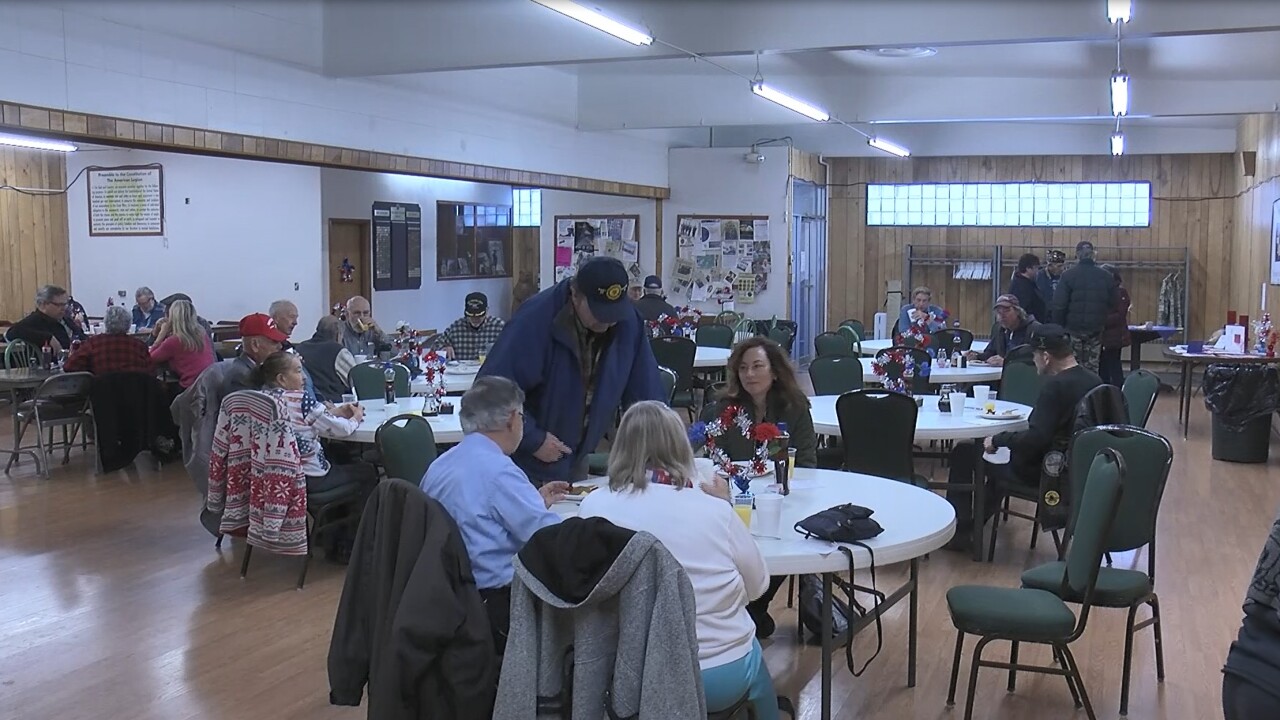 Nearly 100 veterans representing all branches of the military and their families gathered for pancakes, scrambled eggs, and bacon while they shared stories of their days in service. But the event is meant for more than just members of the American Legion.

The group's goal is to reach out to those who don't normally have the opportunity to get together with one another.

"Part of this is associating with each other, camaraderie. They can recognize their service, and that's what we try to do as a legion, try to remember them on Veterans Day," explained American Legion 27 member John Angwin

The American Legion was formed on March 15, 1919 in Paris by officers and men of the American Expeditionary Forces.