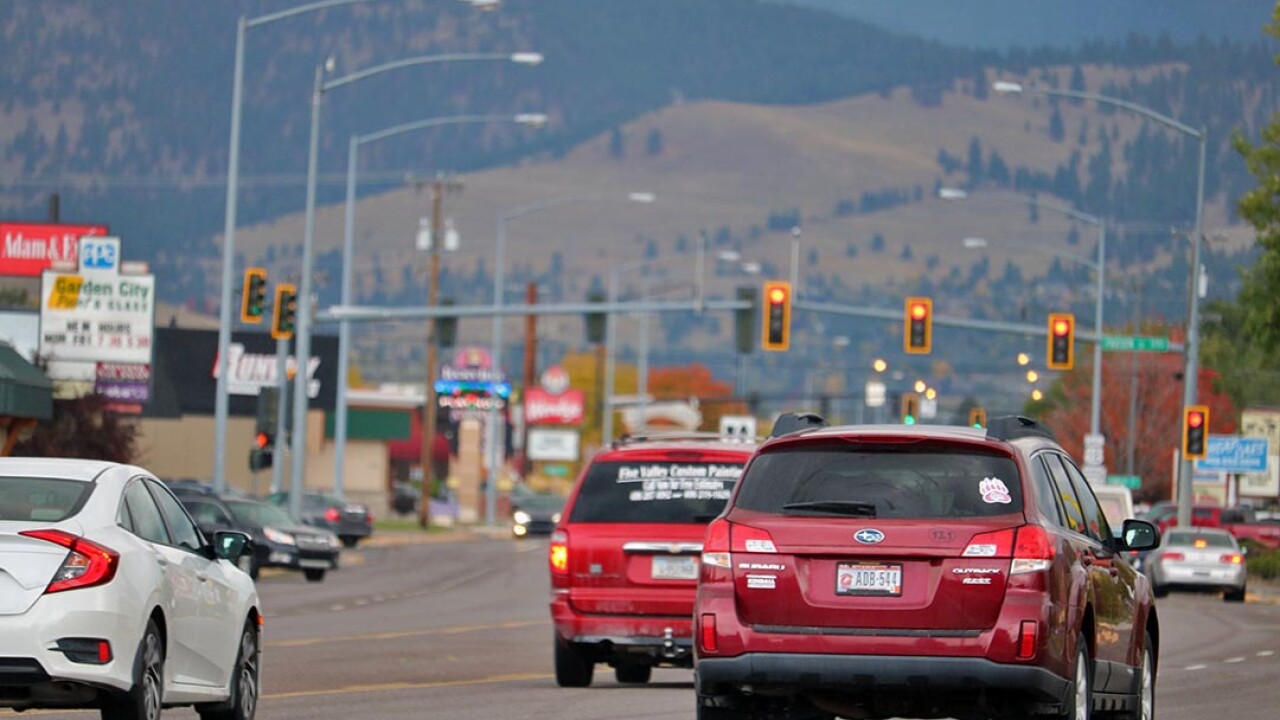 Missoula Current
The Midtown Association and the city are both working to plan for new development along the Brooks Street corridor, and make other modes of transportation possible.<br/>

MISSOULA — When the Midtown Association made another run at organizing in 2015, it counted its members at four, and while it held grand ideas for the future, it lacked the clout to carry that vision forward.

But at a mixer last week, an estimated 50 people filled an automotive repair shop where Mark Bellon, president of the Midtown Association, offered words of encouragement.

The organization has rebooted, and it’s looking to play a role in Midtown’s future.

“We’re up to about 60 members,” he told the gathering. “There’s 2,000 businesses and 17,000 people who work in our region, so there’s a lot of room for growth. We’ve got a lot of momentum going and our organization is growing.”

Using the Downtown Missoula Partnership as a model, the Midtown Association has set its sights on outreach and planning. It now has a board of directors, a viable financial model and a presence on social media.

With its growing membership base, it plans to direct its renewed energy on bringing changes to the Brooks Street corridor – something the city has struggled to achieve despite planning, workshops and professional input.

“The Brooks Street corridor is very challenging, and we want to have a voice in how it’s shaped,” Bellon said. “We want to get maximum capacity, maximum connectivity and address the housing shortage.”

As the Midtown Association grows in stature, it’s looking to the Missoula Downtown Partnership as a model of success. That organization formed through volunteer efforts in the 1970s and has had notable impacts on the evolution of downtown Missoula.

Linda McCarthy, executive director of the Downtown Missoula Partnership, has watched the Midtown Association ebb and flow over the past 15 years. While the group is still young, she believes it’s moving in the right direction.

“We’d like to see all portions of our community thrive,” said McCarthy. “It makes sense that they’d want to organize a little more intentionally.”

The Downtown Missoula Partnership punctuated its success with the adoption of the first Downtown Master Plan in 2009. The plan helped guide $850 million in investments over the past decade, and more than 70 percent of its goals were brought to fruition.

Members of the Midtown Association have taken note and are striving for a similar outcome with a plan of their own. Even without it, Midtown has netted its share of investment, from renovations at South Crossing to new additions at Southgate Mall.

Several other areas within the district are being eyed for redevelopment.

“There’s a lot of opportunity, and the business owners and property owners who are getting together and coordinating is a natural step in making the district more attractive to investment and consumerism,” said McCarthy. “You can see a lot of new investments taking place.”

But the area faces challenges, primarily its lack of connectivity and a fractured character resulting from poorly planned development. Residents sought to overcome the challenges in 2017 by participating in a study of the Brooks Street corridor.

It wasn’t the city’s first foray into planning the district’s future. In 2015, the Missoula City Council, the Missoula Redevelopment Agency and Mountain Line attended a workshop hosted by the Sonoran Institute aimed at a similar outcome.

That review took a deep look at the entire corridor with an eye on 15-minute bus service, more housing and increased density with a mix of uses. It also considered the pedestrian experience and ways to move people without a car, given the amount of existing traffic.

Despite those efforts, little has come from the recommendations. The City Council has since backed a different plan that would place roughly $23 million in federal funding to improve areas around Reserve Street, not the Brooks Street corridor.

Aaron Wilson, the city’s transportation planner, said the city may apply for a separate grant from the Federal Transit Authority this November.

“It’s a planning grant to do transit-oriented development along a transit corridor,” said Wilson. “It’s a good opportunity to do land use planing and planning along the corridor to see what it would take to support transit.”

Mountain Line’s long-range plans look to move 15-minute bus service onto Brooks Street. Doing so would mark a big step forward in the city’s transit system, presenting the bus as a realistic option for more commuters who need to get downtown in a reasonable amount of time.

A lack of housing density along the corridor and other factors prevent the service, the agency has said. The city has sought to change that, and is still working to do so, Wilson said.

“We’ve been working on planning on that corridor for a while now,” he said. “We’ve been looking at whether we’d qualify for this new grant opportunity, and whether it’s a good fit, knowing that Mountain Line’s long-range strategic plan for a number of years has looked at the possibility of moving transit service onto Brooks, trying to get 15-minute transit service onto that corridor.”

Wilson said past corridor studies contain good information, and weren’t created to “sit on a shelf.” He said the city will continue to work with the Midtown Association on moving those plans forward.

Bellon believes his organization is moving in a positive direction, and the plans will come to fruition with its newfound engagement.

“The goal is to have a voice in Midtown. It’s a great big metropolis with planning needs,” he said. “We’ve had a lot of support from the city and different agencies, and we’re now working with the city on getting some grant opportunities. When you pan out, the plan really looks at everything comprehensively, so when we get funding opportunities, we can build pieces of it at a time.”