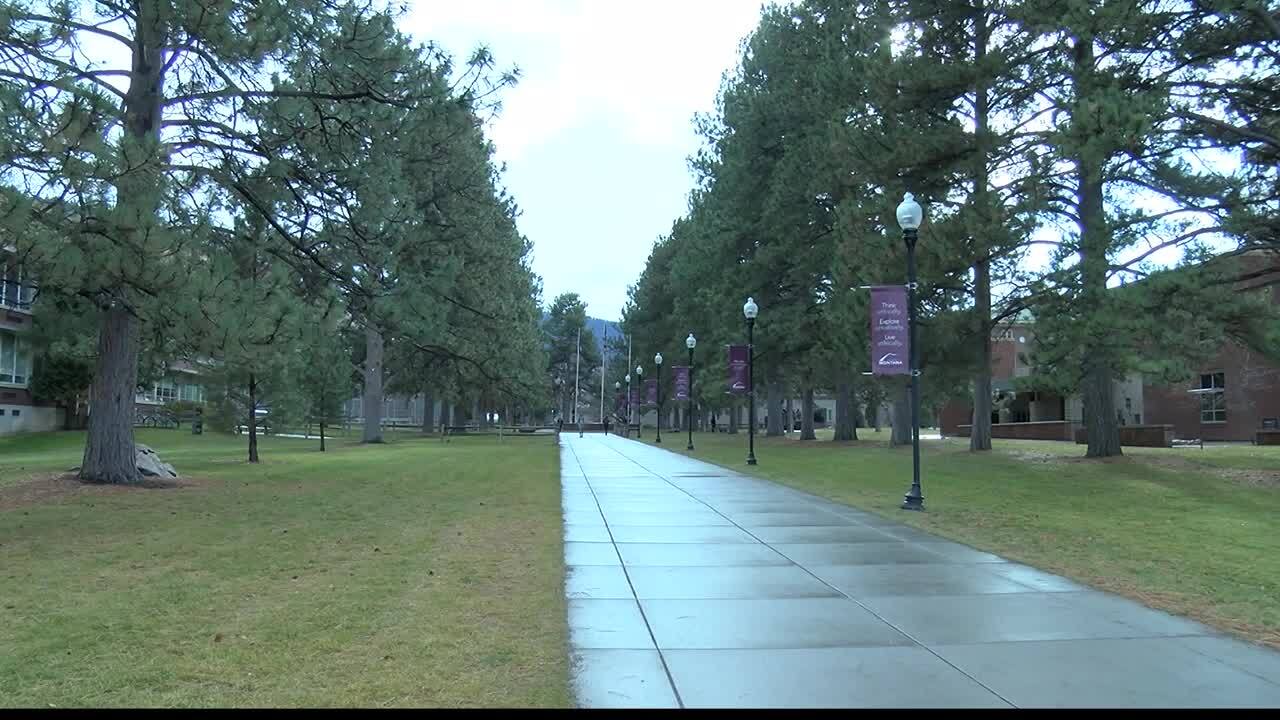 MTN News
Authorities are investigating after a UM student reported an attempted assault incident on campus.

MISSOULA — Just three weeks after an unidentified male attacked a man on the University of Montana campus, another incident was reported on Monday evening.

The UM Police Department received a call around 11 p.m. from a male student who said he was walking near the Adams Center around 9 p.m. when a masked man ran toward him holding what appeared to be a knife or sword.

When the subject was within about 30 feet, the student turned and ran. He did not know if the subject followed him but did feel he was in danger.

UMPD Lieutenant Brad Giffin says they are looking into possible connections with these two incidents based on the location, and the similar description of the subject. He added that the department is stepping up their patrols in light of these events.

“I do want to stress that the University police department is increasing our patrols, our foot patrols, and bicycle, and area patrols in those areas to detour this activity or at least identify who this perpetrator is,” Giffin said.

He is also strongly encouraging anyone walking around campus at night to call GrizWalk at (406) 243-2777 for escorts. The escorts are available 24 hours a day, 7 days a week.

Authorities are investigating after a University of Montana student reported an attempted assault incident on campus.

An alert sent out by UM states that at approximately 9 p.m. on Monday a student walking near McGill Hall reported hearing the sound of running coming toward him and then saw a person in a ski mask with a raised hand and appeared to have a weapon, which was described as a sword or knife.

The suspect was described as being a male between 5'11" and 6' tall and was dressed in a black hoodie, gray sweat pants and wearing a black ski mask.

The student told authorities that the suspect was about 30 feet away from him when he turned and ran and did not know if the subject followed him. The student was not harmed but was fearful that he would be.

UMPD is advising people to always be aware of their surroundings while walking on campus. Additionally, GrizWalk is available for escorts and can be reached at (406) 243-2777.