Book allows everyone to fly along with "Miss Montana" 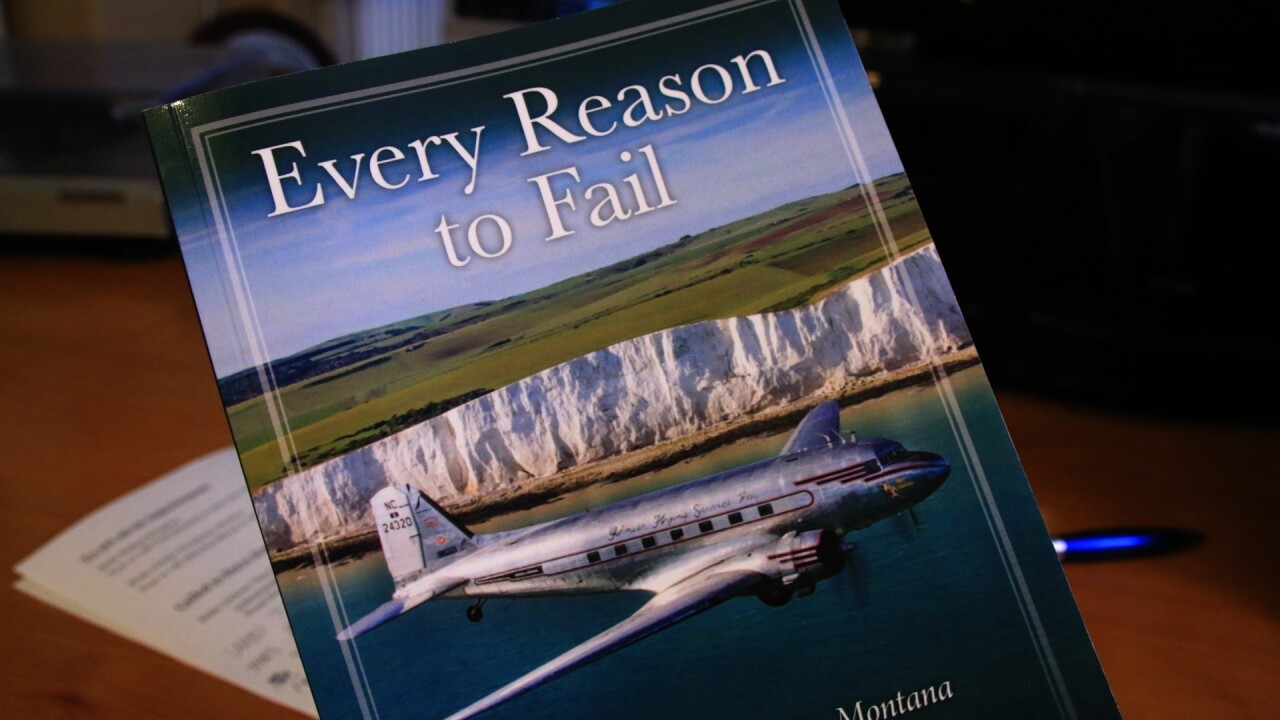 MISSOULA — It's been a year since the historic European flight of "Miss Montana to Normandy." But now, everyone is getting a chance to experience the epic journey.

"Well, we were sitting in the airplane after a scenic ride in England and one of our supporters, Harry Haines, we had just gone on this great flight in this old airplane over England, made the trip, and he said 'you need to write a book about this!' And I blew him off and said 'oh, nobody's going to read that'. But then other people started telling me that and so I thought, well when we got back I'd give it a shot," Bryan Douglass, pilot and author of Every Reason to Fail, said.

The 300-plus page book was released this past month and has already been an aviation best-seller, relating not only the amazing trip to participate in the D-Day flyover and anniversary, but the monumental task of making Miss Montana airworthy after so many years.

The plane is now back on center stage at the Museum of Mountain Flying, which recently reopened. Volunteers say they're already noticing visitors from out-of-state stopping specifically to see Miss Montana.

Douglass will be doing a signing of the book Saturday from 10 a.m. to 2 p.m., and says the book was a way of acknowledging the dozens of people who made the trip possible, and sharing it with everyone who followed, and supported the journey.

"The day we got on that airplane and closed the doors and six of us took off towards the east, we left all these people behind that had helped us," Douglass said. "And I felt, man I wish we could bring them along. And so that was really the purpose of the book, is, tell the story, of course. All the people that were involved, the hundreds of people. But make them feel like they were along. And from what I'm hearing that's what people are saying. It makes them feel like they were along. So, I'm very happy with that."

Douglass says there's some talk of trying to get all the crew together for a reunion sometime this summer.