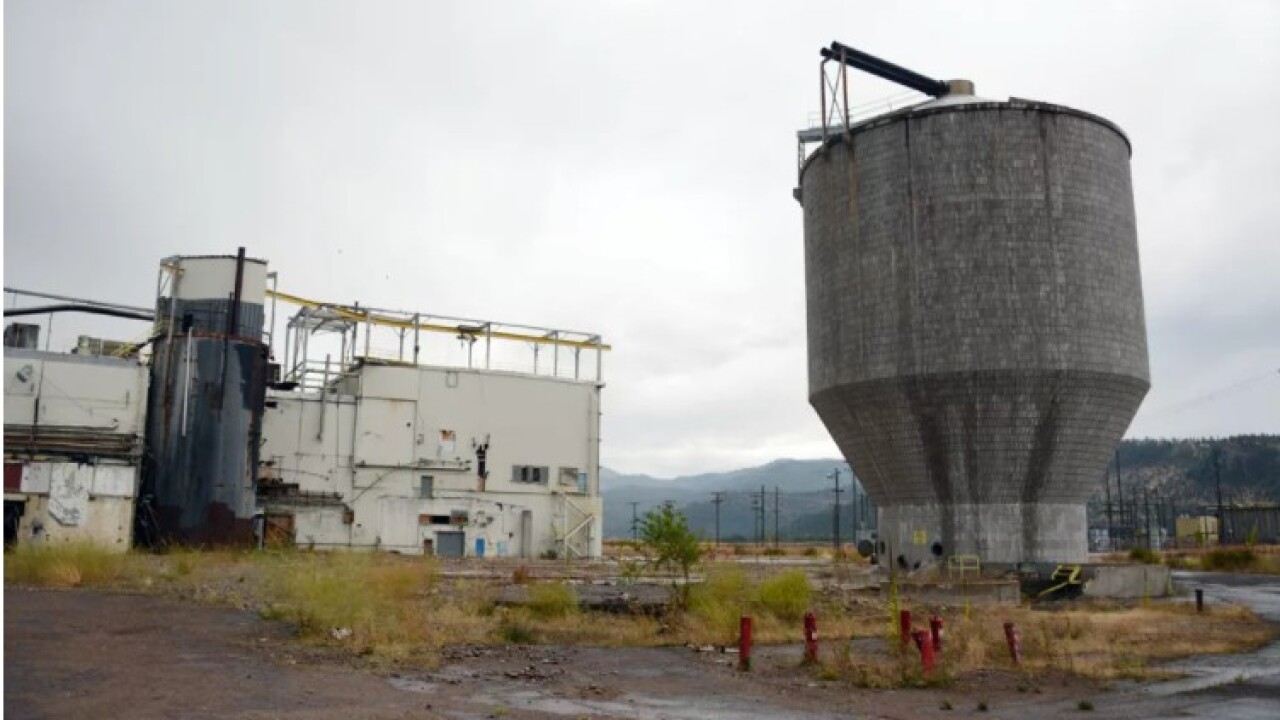 Laura Lundquist/Missoula Current file photo
Toxic equivalency, or TEQ, is a single number that represents the total concentration of toxins contributed by dioxins, furans and PCB’s. All three contaminants were produced at the Smurfit Stone pulp mill and now pollute the site.

MISSOULA — The Environmental Protection Agency has finally released results showing contamination in fish around the Smurfit Stone mill site, though it failed to include enough information to allow the state to adjust its fish consumption warnings.

EPA Superfund toxicologist Brian Sanchez recently gave the Frenchtown Smurfit Stone Community Advisory Group a confusing and incomplete rundown of the contamination results measured in fish gathered from the Clark Fork River and its tributaries in 2018 and 2019.

After EPA Superfund project manager Allie Archer said last spring the data would be available in May, the data was finally posted with little context to the EPA website this week.

“I probably won’t be talking about what this data means or the risk to human health,” Sanchez said.

After a lengthy explanation of EPA protocol and how it was applied to the 2018 and 2019 fish samples, Sanchez showed graphs comparing toxic equivalency values calculated for fish collected at the various sites in each year.

Toxic equivalency, or TEQ, is a single number that represents the total concentration of toxins contributed by dioxins, furans and PCB’s. All three contaminants were produced at the Smurfit Stone pulp mill and now pollute the site. The question is to what extent are they leaching into the groundwater that feeds into the Clark Fork River.

“One thing that is noticeable (in pike) is the 2019 TEQ was slightly higher versus 2018,” Sanchez said. “Tissue from the trout fillets shows higher TEQ downstream (from the Smurfit site) and in 2019. The trout data is certainly interesting. But it’s not the only thing we basing our risk assessment on. There’s a lot of other data to consider as well.”

With no reference of which values represented harmful levels, some of the advisory group members prodded Sanchez for a better explanation.

“How many fish would I have to eat before I got some kind of weird cancer? There’s no consequence scale to the numbers,” said CAG member Don Latham.

Sanchez sidestepped the question, saying he could only report the numbers and didn’t want to get ahead of the analysis that would eventually appear in the human health and ecological risk assessments.

Fish, Wildlife & Parks fisheries pollution biologist Trevor Selch tried to give the advisory group a little context, quoting TEQ limits for women of childbearing age and children and for the rest of the population.

Selch is the one who issued the Clark Fork River fish consumption advisory in 2013 after some FWP samples indicated the toxicity levels were too high in fish downstream from the mill site. The 2013 advisories warn the public not to eat any Northern pike and to limit consumption of trout to four meals a month.

After seeing Sanchez’ graphs on Thursday night, Selch thinks he may need to update his consumption advisory, particularly considering the high TEQ numbers in fish near St. Regis.

The problem is, Sanchez didn’t include the corresponding fish measurements like length and weight. Selch needs that information so he can calculate how much toxin people might consume in a 1- or 2-pound fish. He hopes to get the size data next week.

“Without correcting for fish size, it appears that the Northern pike do-not-eat advisory will still be in place, and we might have to be putting one on the rainbow trout,” Selch said after the meeting.

Selch collects his own fish tissue to assess pollution problems but he depends on the EPA data too. He’d been hoping to update the advisories in May and got frustrated as the EPA kept sending data tables and then having to correct them.

Even Sanchez admitted the EPA had had problems, even though they use third-party validation teams.

“As we were going through the data ourselves more thoroughly (in April), we realized there was an error in how TEQ was calculated,” Sanchez said. “Between May and June and up to three or four weeks ago, we’ve gone through the data and found other issues, whether it originated from the lab or the validator.”

All those errors were just the latest round of almost two years of delays in getting the fish tissue data for the Smurfit site.

FWP collected the first batch of fish in July 2018. The EPA wanted FWP to use special reagent water for rinsing the samples but failed to ship the water to Montana in time. In a pinch, FWP technicians used deionized water, a common sampling technique.

Then, after the samples had sat in the freezer for six months, the EPA decided it wouldn’t process the 2018 samples because of the different protocol. The decision was based partly on pushback from the people who now own the site and are responsible for its cleanup. Another round of sampling was scheduled for June 2019.

But the advisory group questioned why the tissue couldn’t still be used, if only as an indicator of sites to focus on. The EPA finally agreed and processed the tissue in May 2019. Sanchez held the 2018 tissue results until the 2019 samples were processed and analyzed. Then he sent all the data to the validation team in March 2020.

On Thursday night, after seeing that the 2019 samples showed higher levels of toxins than the 2018 samples, the advisory group asked if the 2018 data would be used in the risk assessment.

Archer said the EPA was working with the potentially responsible parties on developing the remedial investigation report in 2021 and the risk assessments will be included in that. So it’s another six months or so before the EPA is able to state its conclusion on risks to human health.

After that, Archer anticipates they can finally start the feasibility study by the end of 2021.

“Pushing forward one part of the site over others, like larger holding ponds and berms, isn’t fair to moving the whole site forward in the process,” Archer said.