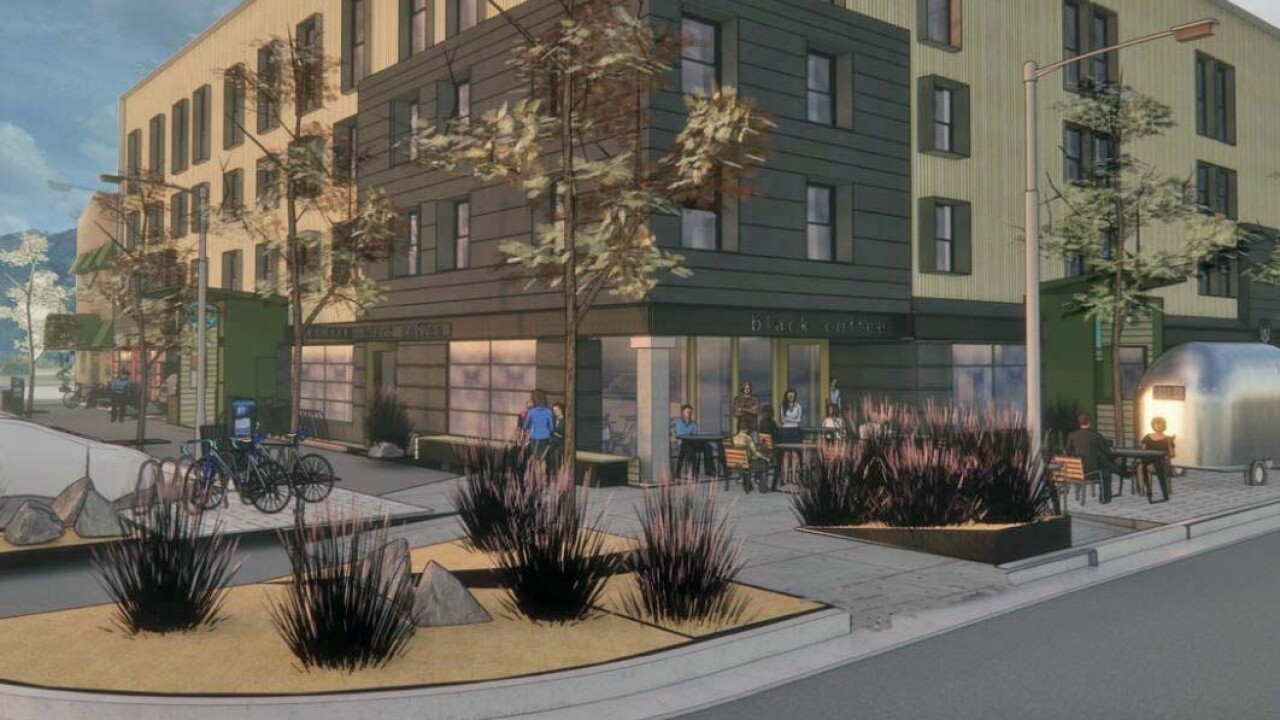 Brian Caldwell of Thinktank Design Group, based in Bozeman, said construction on The Wren in downtown Missoula should be completed next summer.

MISSOULA — The developers renovating an old downtown hotel into a new and expanded space added details to their project on Wednesday during a review of a sign package planned for the building.

Brian Caldwell of Thinktank Design Group, based in Bozeman, said construction should be completed next summer and management will take over in July.

“It’s been a bit of a moving target,” Caldwell said. “We wanted to be open sooner, but there’s been some medical delays in the whole process. There’s been some mystery meat we’ve been dealing with above and below. We’re finally getting out of the ground, so there’s less mystery to what we’re doing.

The development team last September announced its plans to renovate the windowless Days Inn at 201 East Main street into a new commercial property dubbed The Wren. The finished project will include the addition of a fourth floor and windows throughout.

The number of guests rooms will grow from 52 to 73. The main floor parking lot will be transformed into commercial uses, including a clothing retailer. Black Coffee will anchor the corner of Pattee and Main.

“The hotel itself – the lobby is in the very center,” Caldwell said. “We bought a tree in Oregon and will crane it into the center of the courtyard and have a big tree. There’s a glass lobby in the center of the courtyard. We want the retail and community spaces forward-facing to the street. Our (hotel) uses are more of a sanctuary in the middle.”

The building was erected in the 1960s and by all accounts, it had reached the end of its useful life. It also set the stage for what’s shaping up to be a renovation of East Main Street.

The old tire shop across Pattee Street is being replaced by a six-story, $23 million hotel, which is eyeing a spring opening. The vacant parking lot that one sat across Main Street was replaced two years ago with Conflux Brewing Company.

Down the street, the new $36 million Missoula Public Library is set to open. The old library block will be redeveloped in the near future and work is underway to restore the old Radio Central Building to its original 1893 Union Block facade.

With all the investment, Caldwell said the corner of Pattee and Front now has a chance to be a new and vibrant gathering space in the downtown district. Just four years ago, it marked the darkened and rarely visited edge of the district.

“We’re trying to create a space, a location of place on the corner of Pattee and Main,” Caldwell said. “We’ve gone to great lengths to expand and enlarge the public realm with the street design that’s out in front of what will be Black Coffee.”

Caldwell said the design team will soon issue a call to artists to help create concepts representing the place and people of Missoula. The developers took a similar approach at their properties in Bozeman and Walla Walla, Washington.