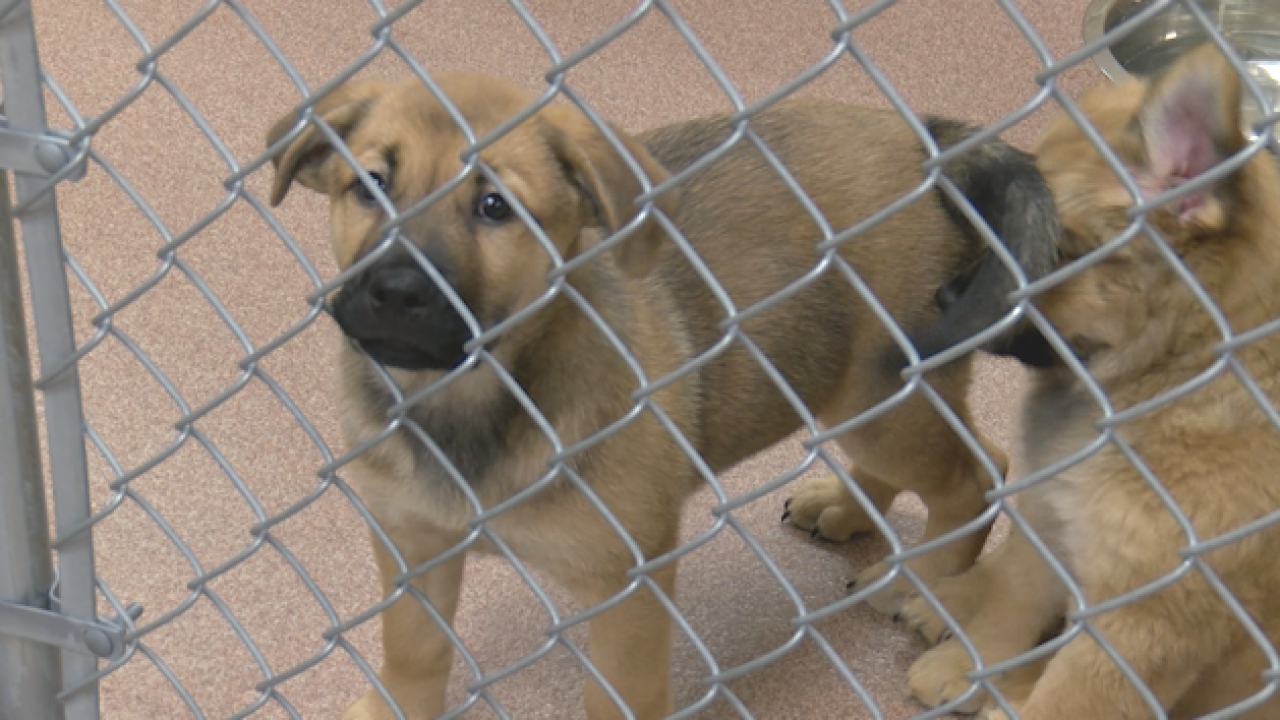 MISSOULA — Claire Seibold knew she’d get a dog sometime but thought it might not happen until this summer. Then COVID-19 hit.

“I’ve been traveling a lot internationally,” the computer coder said. “A month and half ago, I was planning on coming back and settling down. Now with COVID-19, it’s even more likely that I’ll be staying in one place for a long time. So, that seemed like a good situation to get a puppy.”

Seibold’s urge reflects a trend that animal shelters have been seeing over the past month: more people turning to pets to compensate for a lack of social interaction as states are telling people to shelter-in-place.

On Thursday, the New York Times reported that 2,000 people applied with Animal Care Centers of NYC to foster animals. Some of the foster families said they didn’t want to adopt because they are often gone.

But now, with COVID-19 travel and work restrictions, they wanted a temporary pet for companionship. It’s win-win for the homeless animal and the homebound human.

Fostering animals is less of an option around Missoula, although there is a demand. The Missoula County Animal Shelter doesn’t have a foster program – it requires a fair amount of work. The Western Montana Humane Society has a foster program but currently finds itself in the happy situation of not having many animals that need fostering.

But that’s not the case for all shelters, such as those in less-populated areas like Anaconda or Choteau.

“We’ve had a lot of people apply to foster, but because we’re doing so many adoptions, we haven’t had to send too many animals to foster (parents),” said Jessie Maclay of the Humane Society.

Seibold wasn’t one of the people at the Western Montana Humane Society shelter intending to adopt last week. But then, she saw Kia, a 6-month-old heeler-shepherd mix.

“I had a friend that was interested in getting a dog, and I was thinking I’d just go and help her pick out a dog,” Seibold said, laughing.

Animal adoptions haven’t jumped yet in Missoula, but it’s been only about two weeks since the first positive cases were found in Montana and less than a week since Gov. Steve Bullock ordered that all public venues be closed. Most people are still getting out to play in Missoula’s parks and open spaces on nice days.

“I can’t say that it’s picked up, but it hasn’t slowed down,” said Jeff Darrah, Missoula County Animal Control supervisor.

Pet adoptions may pick up if Montana has to follow other states and institute shelter-in-place or stay-at-home directives. But, owners-to-be need to plan ahead. Shelters have changed how they operate in order to protect their employees from COVID-19.

“People are so used to getting into their vehicles and driving here. Back when I was younger, it was a form of entertainment really, to go to the shelter and see what animals were there,” Darrah said. “But before you come out, you’d better call. We’re trying to do as much of it as we can over the phone. I only have so many employees, and if one of us gets COVID, we’re all going to go down and we’ll all be under quarantine.”

Both the Missoula County and the Humane Society shelters are asking that people go to their websites to see the pets that are available for adoption. If people are interested in one, they should call and make an appointment to view the animal. The Human Society has about 25-30 animals, and the County has another 30-35.

Scheduling people one-by-one to interact with the pets is slowing the process down a bit. Maclay said the Western Montana Humane Society is getting a fair number of requests so new appointments are now scheduled about a week out.

Because such changes can make adoptions a little harder, shelters are making a push to try to get as many animals adopted as they can, in the event that everything shuts down. But potential owners are reminded that adoptions should be for life. They should want to keep the animal even after the isolation of shelter-in-place has ended.

While some animals are leaving the shelters, sadly, some more may be coming in. With businesses shuttered and employees being laid off, animal shelters may see more people having to surrender their pets because they can’t afford to keep them.

Darrah said that already happened to one family last week. They had to return their pet to the shelter after the husband was laid off. Some may be feeling a financial pinch but they don’t necessarily have to give their pets up, Darrah said.

The Missoula County Animal Shelter gets food donations and sometimes will have enough to give to pet owners who are struggling to pay for food.

“We haven’t seen an uptick there yet, but we might,” Darrah said. “If someone really needs it, we’ll help them out.”

Pets can provide solace during stressful times. As people worry about losing loved ones to disease or battle depression brought on by isolation, it’s helpful to have furry loved ones to lounge on your lap or leap at your side.

“I advocate that people spend more time with their pets during this time,” Darrah said. “Take them for a walk – there’s nothing that says you can’t go outside with your animal.”

Seibold has been doing a lot of that with Kia as she uses her extra time to train a clever puppy with boundless energy. After just a week, they’ve already built a strong bond.

“I think she’s getting a little too attached because we’re spending so much time together,” Seibold said. “It’s actually been pretty special to be in a situation where you’re encouraged not to leave.”