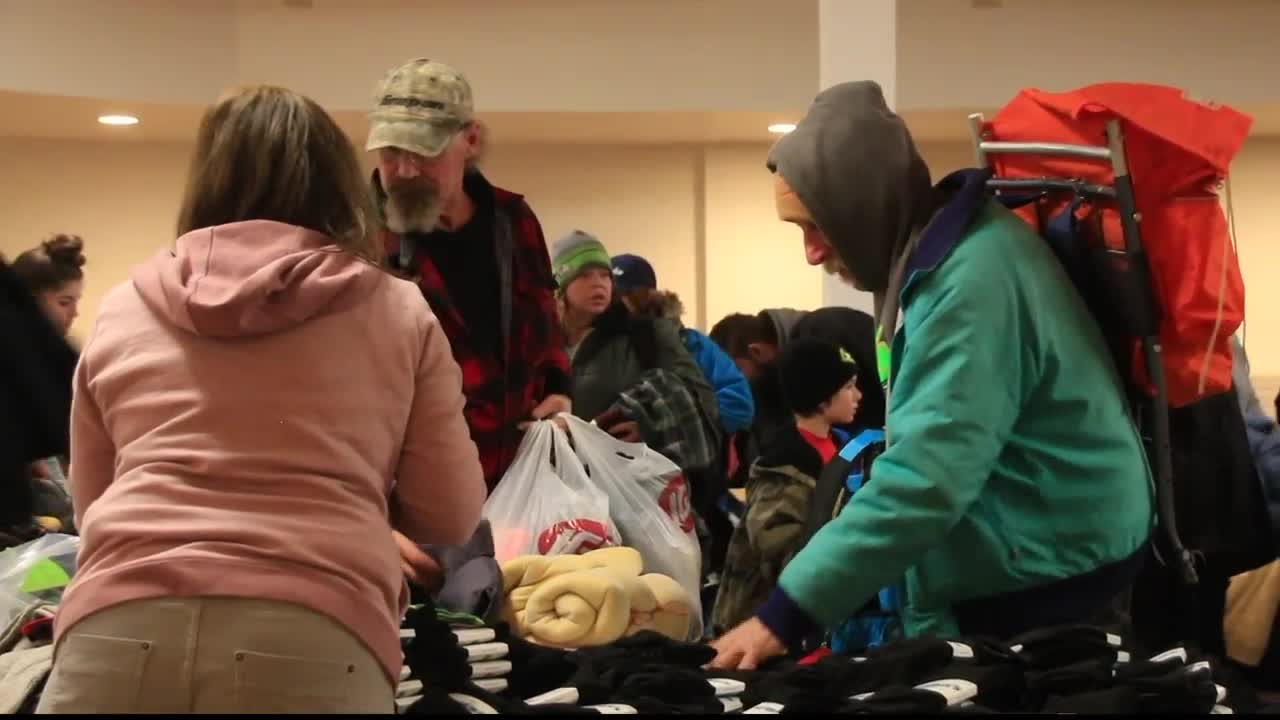 A Missoula group -- David's Angels -- is finding a way to help the less fortunate -- one person at a time. 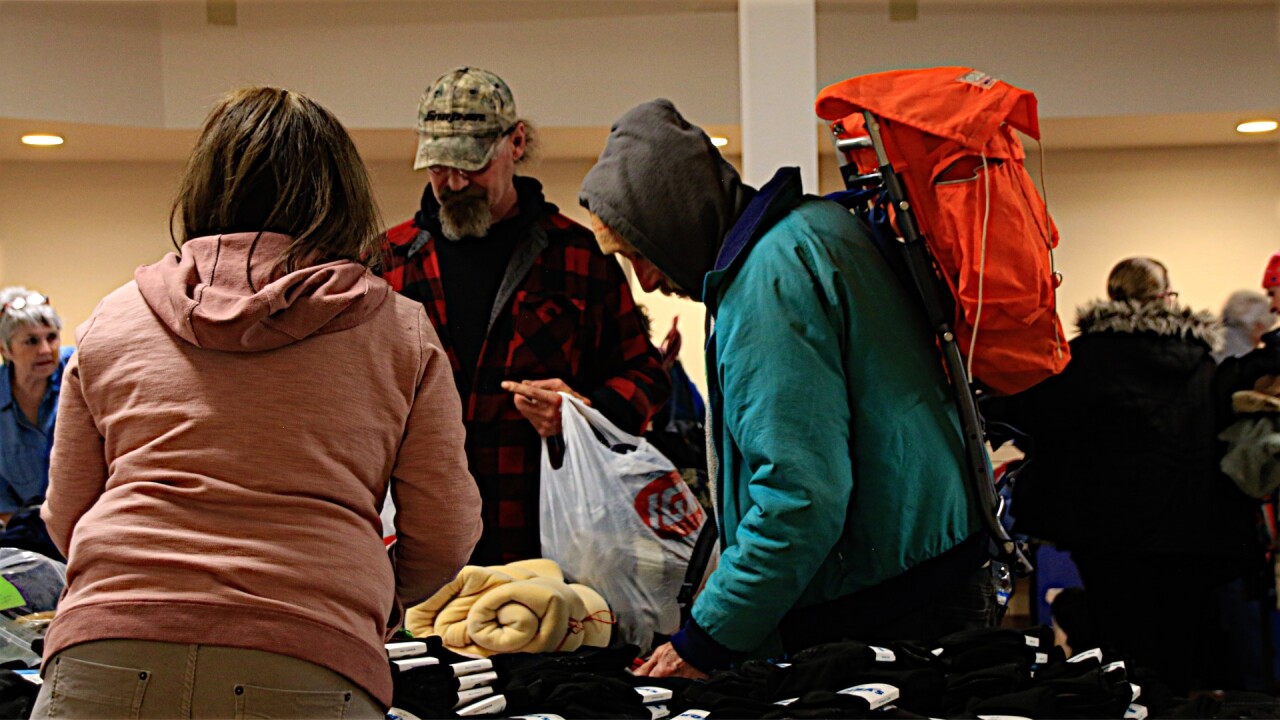 MISSOULA — As West Coast cities struggle with the homeless crisis, a Missoula group is finding a way to help the less fortunate -- one person at a time.

The success of the effort was evident on Friday as David's Angels served hundreds ahead of the critically cold weather headed our way.

The David's Angels volunteers usually distribute warm clothing for the homeless right before the holidays.

But months ago, the event was scheduled for Friday -- on the cusp of what could be the first life threatening weather this winter.

"We believe that we save lives. And as many lives as were lost last year to cold and whatever for the homeless, if we can save a life, boy, all of this was worth it," said Judy Sass with David's Angels.

Helped by prayer, tunes to lift the spirit -- and a new, larger venue at First United Methodist Church -- the combined efforts are having a huge impact.

"We're able to not do our own thing and work in silos anymore. We're able to come together and truly help the community," she added.

The culmination of more than a year of collections allowed for hundreds of items to be distributed. Yet, this is about more than boots and gloves.

"One of my helpers said she stopped and talked to someone waiting to come in for the handout, and after they visited, he thanked her for talking to him," Sass said.

"That ought to put some people on notice how easy it is to make someone's day," she told MTN News.

A message of hope, and caring, that extends through the generations struggling with a lack of shelter, for a variety of reasons.

With Missoula starting to feel the impacts of the widening West Coast homeless crisis, caring could be the place to start.

"I think it is a part of the solution. I mean building relationships with these folks is the number one key to actually have them come in and really, truly as for help," Seat explained.

"It makes them believe they're humans," Sass added. "They're not just something to ignore. It shows somebody cares. And it's so important to care."

There were an estimated 250 homeless people helped by Friday's event.