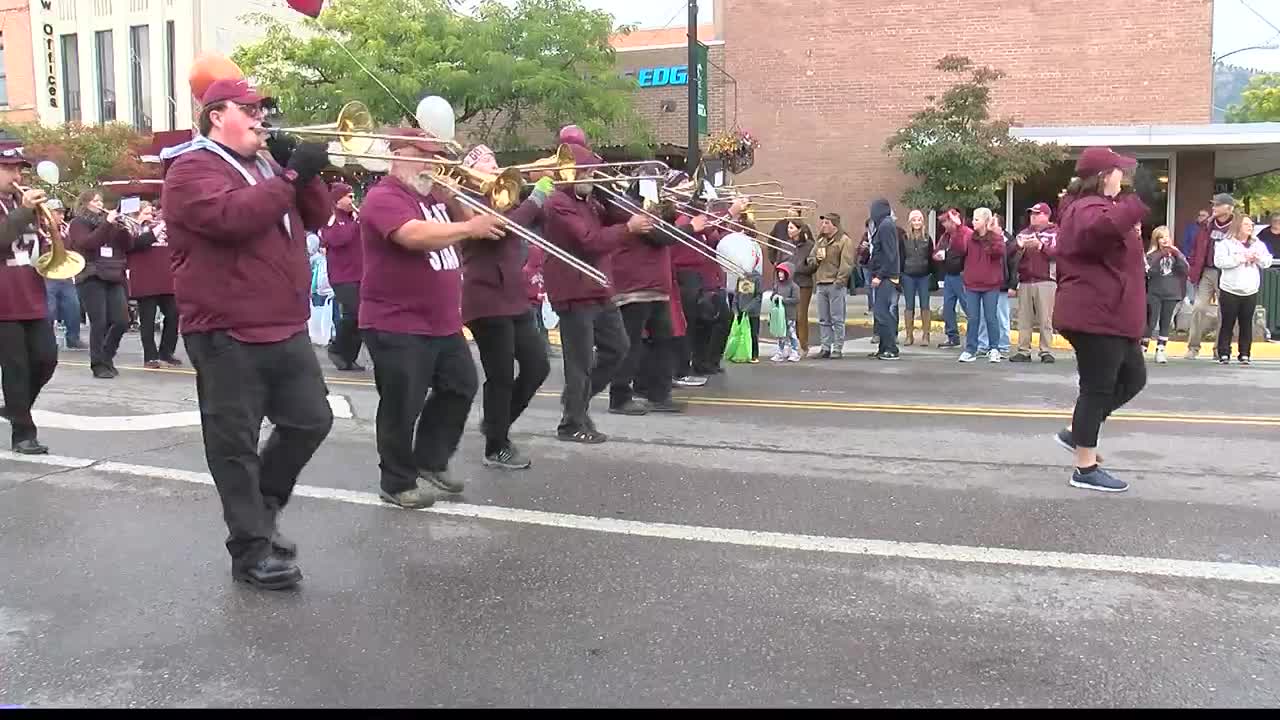 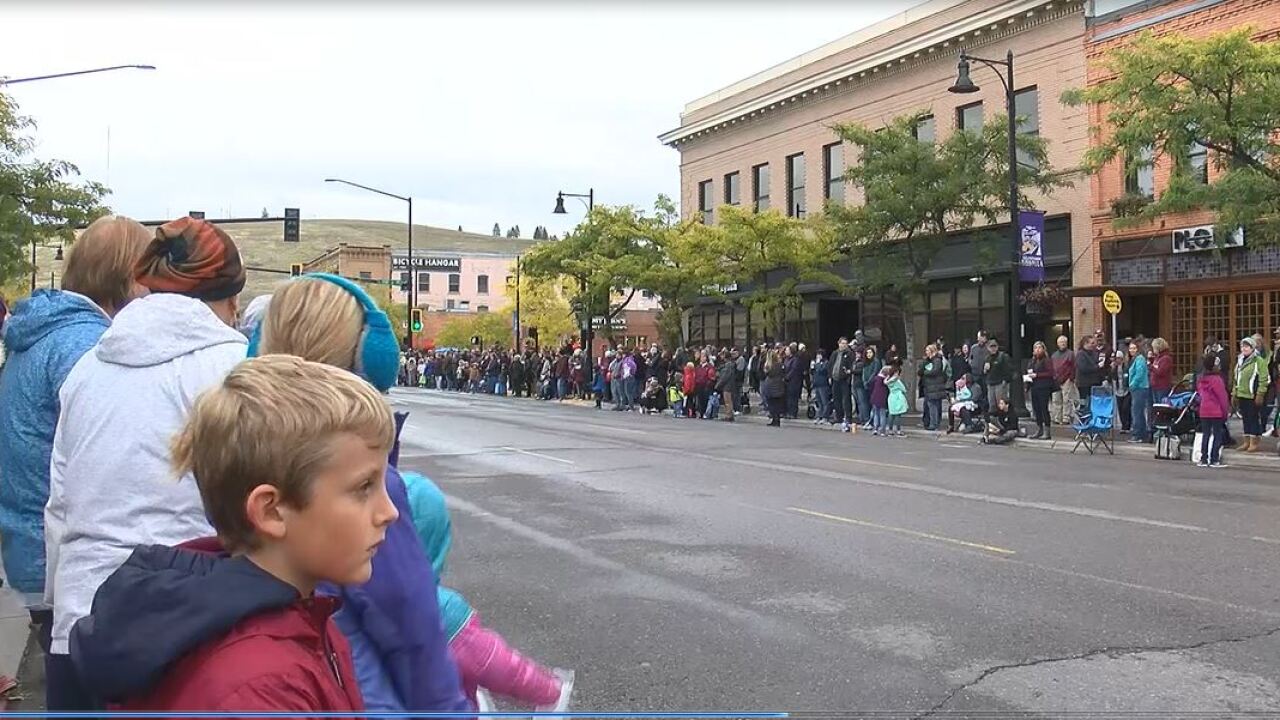 MISSOULA — The University of Montana is in the midst of its 100th homecoming week and on Saturday morning the annual homecoming parade was held along Higgins and University Avenue.

Despite some not so great weather the parade route was lined with people as homecoming floats made their way through downtown Missoula.

Griz fans of all ages lined up on Higgins Avenue to take in the annual homecoming parade which was themed as 100 years of homecoming.

There was candy tossing along with marching band marching, horses trotting. dancing groups and cheerleaders - all of whom were excited to show off.

Christine Kowalchik, the founder of Showtyme Academy, says this was a great year to get involved.

“Oh my gosh I’m so excited, this is actually our first time in the parade, and so we kind of are just excited to share our love of performing arts with the whole community," said Showtyme Academy founder Christine Kowalchik.

Riley Sauer and her family came over from Washington to watch her cousin walk. She says she likes going to events, but her favorite part was spending time with loved ones. “If my little brother’s happy, I’m happy. I like making him happy.”

Kathy Armstrong who has has lived in Missoula for 26 years -- and whose husband went to the UM -- says the parade is a fun way to see people coming together.

“Again, the community, everybody coming out, all the different bands playing, one of our friends is going to be riding a horse in it with 4H she’s the rodeo queen, very excited about that.”